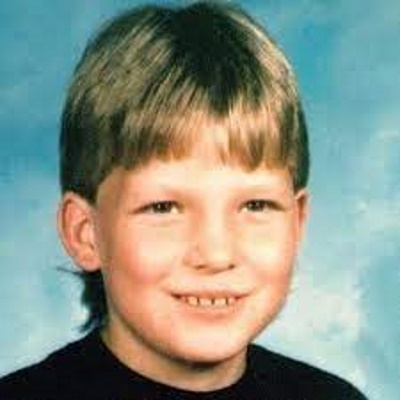 11 year old Charles Arlin Henderson disappeared from Moscow Mills, Missouri on July 25, 1991. He was last seen riding his bike near his home around 5:00pm, and hasn’t been seen or heard from since.

Charles Arlin Leon Henderson, who goes by the name Arlin, was born on March 16, 1980, to mother Debbie Henderson-Griffith.

He loves swimming, telling stories, and riding his bike. In school his favorite subjects were science and social studies.

At the time of his disappearance he lived with his mother in Moscow Mills. His father died of emphysema in 1990.

Arlin was last seen riding his bicycle near his families mobile home in Moscow Mills, Missouri on July 25, 1991.

While his mother was inside making dinner, Arlin went out on his yellow and black Huffy “White Lightning” bike around 5:00 pm, looking for friends to play with.

His last words to his mother were “Save me some Polish sausage, Mom.” Arlin never returned home, and hasn’t been seen or heard from since.

Authorities and volunteers searched Lincoln County for days, looking for any trace of the boy, but came up empty.

Arlin’s bicycle was found in a bean field on North Ethlyn Road 11 weeks after he disappeared. It was located 10 miles away from his home.

A set of fingerprints was found on it’s frame, and authorities were hoping to be able to identify them. The bike was clean, and the tires were still full of air.

In March of 2010, the FBI publicly displayed his bicycle in hopes of jogging someone’s memory and prompting them to come forward with information.

In 2001, ten years after Arlin’s disappearance, Josh Spangler confessed to Arlin’s murder. Spangler would have been 13 years old at the time.

Spangler told authorities he was selling drugs for George N. Gibson and his older brother Charles “Chuckie” Gibson in 1991.

He said a member of Arlin’s family owned money to Charles “Chuckie” Gibson, and that he was paid to kill Arlin as a warning.

Spangler said he was riding with George Gibson on July 25, 1991, and that they abducted Arlin and held him in a house in Davis, Missouri for a few days.

He stated that three days later he shot Arlin in the head after being paid $10,000 by the Gibson brothers, and buried his body along the Mississippi River.

In Spring of 2001 both of the Gibson brothers were charged in connection to Arlin’s disappearance.

Authorities searched a site near Winfield, Missouri in July and August of 2001 looking for evidence, but nothing was found.

The charges against the Gibson brothers were withdrawn in October 2001 after investigators learned Spangler had lied about their involvement in Arlin’s disappearance.

Spangler was subsequently charged with perjury in connection to his statements regarding Arlin’s murder. He plead guilty and was sentenced to seven years in prison.

Authorities don’t believe Spangler had anything to do with Arlin’s disappearance.

In 2007, authorities began looking into Michael J. Devlin as a possible suspect in Arlin’s disappearance, as well as several other cases including the 1988 disappearance of 9 year old Scott Kleeschulte from St. Charles, Missouri

Devlin was considered a suspect in Ownby’s disappearance because of his criminal record, and because his vehicle matched the description of one seen in the area where he was abducted from.

When police entered Devlin’s home Shawn identified himself, and they found William inside shortly after. Both boys had been held against their will by Devlin, who ended up pleading guilty to kidnapping and child molestation. He was sentenced to life in prison.

Authorities initially suspected Devlin might be linked to other missing children cases, including the disappearance of Arlin.

Prosecutors and investigators, along with the FBI, the Missouri State Highway Patrol, and Kirkwood and St. Charles police, formed a task force to investigate Devlin’s possible involvement in other unsolved cases.

In October 2007 the task force was dissolved after not being able to produce any evidence linking him to other cases.

The whereabouts of Charles Arlin Henderson remain unknown, as do the circumstances regarding his disappearance.

The Lincoln County Sheriff’s Department has investigated hundreds of leads, but right now the case is cold.

Foul play is suspected in his case, and he is considered at risk due. His case remains unsolved.

Arlin’s mother still lives in the same mobile home park, and her husband’s name is still listed in the phone book in case Arlin decides to call home. 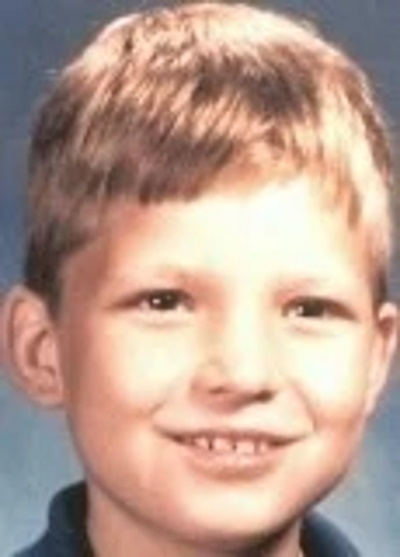 Caucasian male born on March 16, 1980 with blonde hair and blue eyes. At the time of his disappearance he stood 4’5 and weighed 75 pounds.

Charles had a crew cut at the time of his disappearance and has a gap between his teeth. He has several scars; one near his left eye, one on his bottom lip and one on his thigh.

If you have any information regarding the disappearance of Charles Arlin Leon Henderson please contact the Lincoln County Sheriff’s Office at (314) 528-8546.