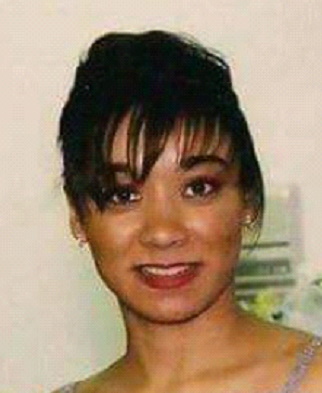 28 year old Marilyn McCown was last seen in Richmond, Indiana on July 22, 2001. She disappeared after leaving a laundromat, three weeks before her wedding.

Marilyn Renee Nicole McCown was born on January 6, 1973 in Richmond, Indiana. She is the youngest of ten children.

In 1992, McCown, then 19, gave birth to a daughter with her boyfriend, Steven Johnston. They later separated and shared custody of their daughter.

From 1994 until 2001, McCown worked at the Montgomery Education and Pre-Release Center in Dayton, Ohio as an accountant clerk. Pursuing a dream to become a United States Marshal, she also took criminal justice courses at Sinclair Community College in Dayton.

In 1998, McCown got engaged to fiancé Bobby Webster, whom she met during high school. In 2001, they were planning their wedding which was scheduled for August 2001, three weeks after her disappearance.

On the morning of July 22, 2001, McCown attended services at Mount Olive Baptist Church on North H Street with her fiance.

That afternoon, McCown dropped off her 9 year old daughter at her parent’s house before leaving to do laundry at Richmond Coin Laundry in the 1100 block of South E Street in Richmond, Indiana.

While her clothes were drying, McCown returned to her mother’s house. She mentioned that two Hispanic men had harassed her at the laundromat. Nonetheless, she returned to pick up her laundry shortly after.

Surveillance camera from a convenience store near the laundromat captured her loading clothes into her vehicle before leaving the laundromat around 2:45 pm. McCown never returned home, and has never been heard from again.

On July 23, 2001, her fiancé filed a missing persons report to the Richmond Police Department.

McCown left behind her purse and her ID at the apartment she shared with her fiancé. Her bank account and cellphone records showed no activity after she went missing.

Within days of McCown’s disappearance, Webster canceled the wedding and got the deposit back from the reception hall. He also tried to return their wedding rings for cash, but to no avail as the receipt had McCown’s name on it.

Webster was submitted to a polygraph test which showed signs of deception. Despite his suspicious behavior and a failed polygraph, authorities did not consider him a suspect in Marilyn McCown’s disappearance.

On November 3, 2001, McCown’s vehicle, a 1990 GMC Jimmy 4×4, was located in the parking lot of the Meadows of Catalpa, an apartment complex in Dayton, Ohio, about forty five minutes east of her home in Indiana.

Police found no signs of a break-in or a struggle in the car. Some of her clean laundry was found folded neatly in the backseat of the car. However, the vehicle’s battery and stereo were missing.

Police discovered that McCown once lived in the Meadows of Catalpa’s apartment complex back in 1997 with her former boyfriend, who still resided there. The man passed a lie detector test and gave an alibi.

They also found out that McCown passed a phone call to a female coworker, who lived about a mile from the apartment complex in Dayton. She reportedly told police that McCown intended to pick up vitamins at a nearby pharmacy.

Tommy Swint was a coworker and a close friend of McCown at the Montgomery Education and Pre-Release Center where he worked as a corrections officer from 1994 until 2007.

Swint became a person of interest in Marilyn McCown’s disappearance when police suspected that they may have more than a casual friendship. He also lived about a 1/4 mile away from the apartment complex where McCown’s car was found.

In July 16, 2007, Swint was hired as a police officer in Trotwood, Ohio, but he later resigned under pressure from the department when they were made aware of his connection with Marilyn McCown’s disappearance.

On February 3, 2010, Swint was indicted by a Montgomery County grand jury for the murder of Tina Marie Ivery, a prostitute in Dayton, Ohio, who was beaten and strangled to death in December 1991.

While he initially denied knowing the woman, DNA samples and a partial fingerprint found at the scene matched his. When police moved in to make an arrest, Swint committed suicide with a gun at his house, on the same day of his indiction.

Foul play is strongly suspected in Marilyn McCown’s disappearance. Authorities believe she left the laundromat and drove to Dayton to meet someone, when something happened to her there.

The circumstances of Marilyn McCown’s disappearance remain unclear and her case is currently classified as missing. Her case remains unsolved. 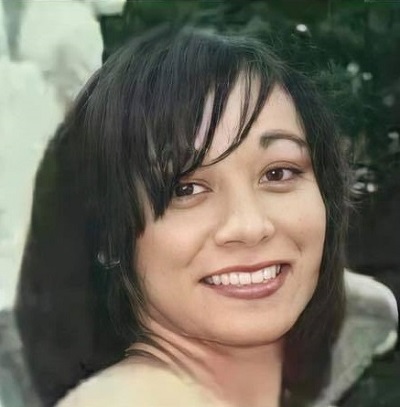 Physical Description:
African American female born on January 6, 1973, with brown hair and brown eyes. She is 5’2 tall and weighs 115 pounds.

If you have any information regarding the disappearance of Marilyn McCown please contact the Richmond Police Department at (765) 983-7247.