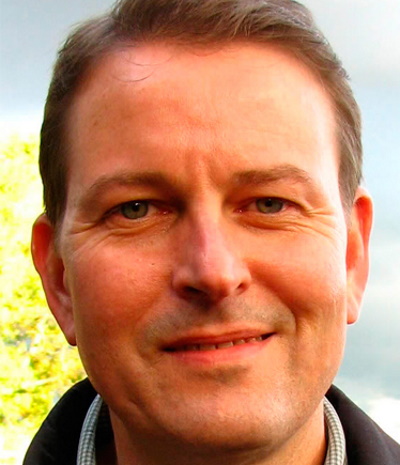 45 year old John Glasgow was last seen in Little Rock, Arkansas on January 28, 2008. He disappeared after driving away from his home in the early morning hours for work.

John William Glasgow was born in Nashville, Tennessee to parents Fern Carol Rosik and Thomas Cortlyn Glasgow. He was the youngest of five siblings.

Glasgow attended Nashville High School and graduated from University of Central Arkansas with a Master of Business Administration degree in 1985. He was also licensed as a certified public accountant.

In 1990, Glasgow was hired by CDI Contractors LLC of Little Rock, an Arkansas based firm providing construction services across the United States. In 1995, Glasgow was promoted to Chief Financial Officer.

In the summer of 1992, Glasgow married former high school classmate Melinda Glasgow. The couple lived in a house on South Lookout Street in Little Rock, Arkansas.

On January 26 and 27, 2008, Glasgow spent much of the weekend at the CDI Contractors LLC office at 3000 Cantrell Road. On Sunday evening he accompanied his wife for a dinner party across the street hosted by his older brother.

When the party ended, the couple returned home and John fell asleep in front of the television while his wife went to bed upstairs.

On the morning of January 28, 2008, Glasgow was seen driving away from his home by a neighbor around 5:15 am, toward Point Circle, likely in the direction of work.

John Glasgow never made it to his company office that morning, and has not been heard from since.

Around 2:30 pm, Glasgow’s wife was contacted by one of his coworkers saying that he failed to show up for work that morning and could not be reached on his cell phone.

Sensing something was wrong she contacted John’s brother, requesting him to meet at their home. They made calls to their friends and family, hoping someone had heard from him.

At 5:54 pm, his wife Melinda filed a missing persons report to the Little Rock Police Department.

When police arrived at their home Melinda pointed out a notepad where John had written their bank account number and lock combination. Nothing was found missing from the safe.

On January 29, 2008, Glasgow’s gray Volvo SUV was found parked in the parking lot in front of Mather Lodge in Petit Jean State Park in Conway County, about an hour’s drive from his home.

A Tennessee tourist captured a photo proving that the vehicle was there as early as 4:30 pm the previous day. The car was unlocked with his laptop computer, company issued cell phone, and credit cards inside.

The Petit Jean State Park rescue team began a 5 day search for John, and his vehicle was taken by police to process for further evidence. No further evidence pointing to John’s whereabouts were found.

His bank account and cell phone records showed no activity on the day of his disappearance. His passport was left in his personal safe at home.

At the time of his disappearance, Glasgow was said to be in a strained relationship with executives of Dillard’s Inc, half-owner of CDI Contractors. Along with other CDI executives, he was in negotiations to purchase half of the company which became available after the death of the company’s co-founder.

In 2011, 43 year old twice convicted felon Jonathan Brawner told his lawyer and the Little Rock Police Department that he knew the location where Glasgow’s body was buried.

Brawner was serving time at Faulkner County jail for the attempted kidnapping of a Conway County businessman in July 2009 and for stalking his ex-wife in October 2010.

Brawner told police that he had been recruited by “thugs from Malvern” to whom he owed money to help bury the body of Glasgow in a bean field near England in Lonoke County.

Despite extensive searches at the bean field Brawner pinpointed as the burial site, no sign of Glasgow was found. Police believe that Brawner tried to use his alleged involvement in the Glasgow case in hopes of bargaining for a reduced sentence.

On March 11, 2015, seven years after John disappeared, skeletal remains were discovered by two hikers at the base of a cliff about 150 yards off Red Bluff Drive in Petit Jean Mountain, Arkansas.

The remains were found within a mile of where John’s vehicle was last seen parked, along with a wallet containing a driver’s license and credit card.

On March 12, 2015, the human remains were positively identified through dental records as belonging to John Glasgow by the Arkansas State Crime Lab.

Examiners found no evidence of trauma to the skull, nor did they find a firearm. The cause of death could not be determined.

If you have any information regarding the disappearance of John Glasgow please contact the Little Rock Police Department at (501) 371-4829.