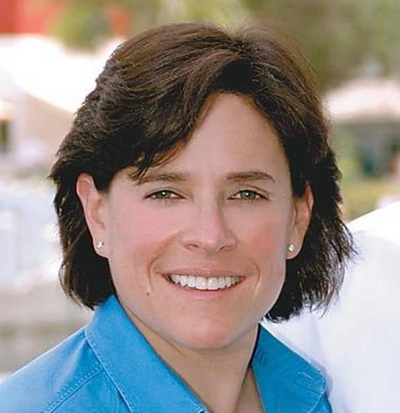 45 year old Elizabeth Calvert was last seen in Hilton Head Island, South Carolina on March 3, 2008. She vanished along with her husband, John Calvert, shortly after meeting with a business associate who was embezzling money from them.

Elizabeth Calvert was born on April 27, 1962 in Georgia, to parents Rose and Russel E. White. She has one brother and grew up in Atlanta, Georgia.

Elizabeth attended Fernbank Elementary and Druid Hills High School. She received her undergraduate degree from Converse College in Spartanburg, South Carolina, where she later became a member of the board of trustees, and obtained a law degree from the University of Georgia.

In 1988, Elizabeth married her husband, John Calvert. The couple moved to a house off Peachtree Road in the Brookhaven neighborhood of Atlanta, Georgia. They lived part-time on their 40-foot yacht, the Yellow Jacket, docked at the Harbour Town marina.

For fourteen years Elizabeth worked at United Parcel Service in Atlanta, Georgia, starting as a staff attorney before advancing to president of the legal department.

In March 2006, Elizabeth received a pilot’s license and bought herself a Cirrus SR20, a small single-engine plane valued at $400,000.

In 2007, Elizabeth joined Hunter MacLean as a business attorney, a law firm in Savannah, Georgia which specialized in taxes, employee benefits, and executive compensation.

On March 3, 2008, Elizabeth’s husband arrived for a meeting with Dennis Ray Gerwing, a business associate with The Club Group, at the company office on Sea Pines Center in Hilton Head Island, around 6:00 pm.

Elizabeth arrived a bit later after changing clothes on the couple’s yacht. The couple never returned home from the meeting and have not been heard from since.

On March 4, 2008, Elizabeth’s brother filed a missing persons report to the Beaufort County Sheriff’s Office after they both missed business appointments and couldn’t be reached.

On March 7, 2008, a sheriff deputy found one of the couple’s three vehicles, a silver 2006 Mercedes E320, in the parking lot of the Marriott hotel in the Palmetto Dunes resort, a gated community six miles from the Harbour Town marina.

The couple’s cellular phones couldn’t be located, likely due to being turned off after their meeting with Gerwing. Their bank accounts and credit cards also showed no activity after their disappearance.

Elizabeth’s small single-engine plane was found undisturbed on the tarmac at the island’s airport following her disappearance.

54 year old Dennis Ray Gerwing, a certified public accountant working for The Club Group, was the last person known to have seen the couple.

Elizabeth’s husband had hired the group to handle administrative and financial services for his commercial properties. In December 2007, the couple decided they no longer needed the company’s services after Elizabeth noticed financial irregularities.

Gerwing told police that he met with the Calvert’s on March 3, 2008 around 6:00 pm. The meeting lasted about fifteen minutes, and stated they left his office around 6:30 pm, presumably for dinner.

On March 8, 2008, police obtained search warrants for Gerwing’s home at 8 Bent Tree Lane in Hilton Head Plantation, his office at 71 Lighthouse Road, and for his two vehicles, a 2004 pewter-colored Toyota Avalon and a 2001 dark gray GMC Yukon.

Inside his home, police found a shovel, muddy shoes, and an empty holster for a .22 caliber Beretta pistol that was never located.

Authorities discovered that before meeting with the Calvert’s on March 3, 2008, Gerwing purchased three heavy-duty drop cloths at a hardware store around 4:15 pm.

About an hour after his meeting with the Calvert’s, Gerwing suffered a laceration to his right hand for which he bought bandages and latex gloves at CVS pharmacy on Pope Avenue, around 7:15 pm.

The following day, Gerwing drove the vehicle he had been driving on the night of the couple’s disappearance to a car repair shop to have it thoroughly cleaned. One of the vehicle’s back seats was missing.

On March 11, 2008, Gerwing was found dead in a locked bathroom of a villa in Sea Pines around 4:00 pm, just two hours after he was publicly announced as a person of interest in the disappearance of John and Elizabeth Calvert by the Sheriff’s Office.

Gerwing had been staying in the villa since police executed search warrants on his home. He was found covered in blood, lying on a comforter in the bathtub. He had slashed his right inner thigh, right inner calf, his left wrist, right and left lower neck with a steak knife, which was found at his side.

Two suicide notes were found inside the bathroom of the villa. The first one was written in pen on a bed sheet, but was described as nearly illegible.

The second note was an envelope filled with rambling financial details. Gerwing acknowledged that he stole money from John’s businesses. However, nothing in the notes confirmed his involvement in their disappearance, nor was there any denial that he was responsible.

The Club Group company finances were audited by the FBI and the Beaufort County Sheriff’s Office. It was discovered that Gerwing had embezzled $2.1 million from the Calvert’s and seven other clients in a secret account.

Foul play is strongly suspected in Elizabeth Calvert’s disappearance. Authorities believe that Dennis Ray Gerwing killed the couple at The Club Group’s offices during their meeting before moving their bodies to his car.

The following day, Gerwing drove somewhere within a five- or six-hour driving radius of Hilton Head Island before burying their bodies in a shallow grave. Their bodies were never found, neither was the gun believed to be the murder weapon.

In November 2009, Elizabeth Calvert was declared legally dead by a Georgia court, along with her husband, John Calvert.

The circumstances of Elizabeth Calvert’s disappearance remain unclear and her case is currently classified as missing. Her case remains unsolved. 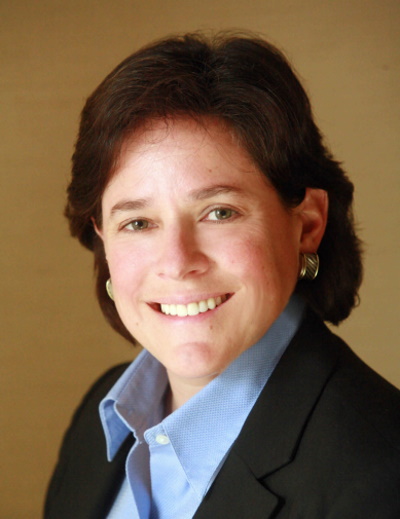 If you have any information regarding the disappearance of Elizabeth Calvert please contact the Beaufort County Sheriff’s Office at (843) 524-2777.