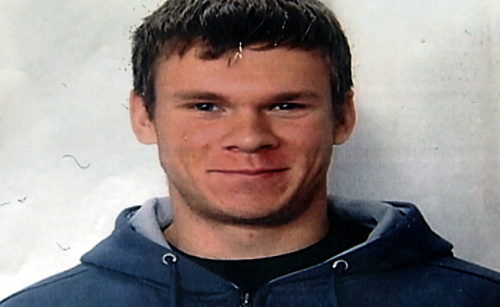 He left the home he was staying at in the early morning hours, and was last seen near the Gallilee Bird Sanctuary.

Wojciech Fudali was born to parents Anna and Ryszard Fudali on August 31, 1986. He was born in Poland and grew up in Wilbraham, Massachusetts.

Fudali spoke four languages; English, Polish, Spanish, and German. In May of 2008 he graduated from University of Rhode Island with a degree in international business.

At the time of his disappearance he was living with friends in an apartment in Newport, Rhode Island.

Fudali had been prescribed anti-anxiety medication shortly before his disappearance, but had stopped taking it cold turkey according to his roommate.

According to his friends, he was acting strangely in the days leading up to his disappearance and seemed to be having some sort of mental breakdown.

The week before he disappeared, Newport police responded to a report of a distraught man walking along the Cliff Walk with a bible in his hand.

When police arrived they found Fudali, wearing pajamas and no shoes. The officers determined that he was fine, and he was not directed to a hospital or any other services.

On December 5, 2008, Fudali attended a small party at a friend’s home in the 70 block of East Shore Road and stayed overnight.

His friends were awakened by loud noises around 5:00 am, and say they saw Fudali naked, hitting himself with a metal pole from a bed frame, saying, “trust me.” They did not call for help, and shortly went back to sleep.

Sometime between the hours of 5:00 am and 11:30 am, Fudali left the home, leaving his phone, money, keys and clothing behind.

When his friends woke up around noon they said they thought he had just went out for a walk. They reported him missing at 1:30 pm.

While police were interviewing Fudali’s friends at the house on East Shore Road, another friend arrived and said he saw him running naked near Galilee Escape Road around 11:30 am.

Based on that statement, authorities believe Fudali entered the water to cross over to the section of the bird sanctuary where he was seen running.

Authorities found Fudali’s clothing “in a house,” indicating that he had undressed shortly after leaving his friends home on East Shore Road.

Shortly after his disappearance, a witness said he saw a man wearing a hooded sweatshirt sitting on a dock behind one of the houses on East Shore Road, the same morning Fudali went missing.

Another witness claims to have seen a man fitting Fudali’s description jogging naked in the marsh that same morning.

A four day search by the State Police & Narragansett Officials was conducted in the 128 acre bird sanctuary and surrounding area of Gallilee using helicopters and K9s, but no trace of Fudali was found.

The location of Wojciech Fudali remains unknown. Temperatures outside were about thirty degrees when he went missing, and he could not have survived long without clothes.

Foul play was quickly ruled out by detectives in Fudali’s disappearance, but the circumstances remain unknown.

His parents hold out hope that he’s still alive, and are offering a $4,000 reward for information regarding their son’s disappearance. 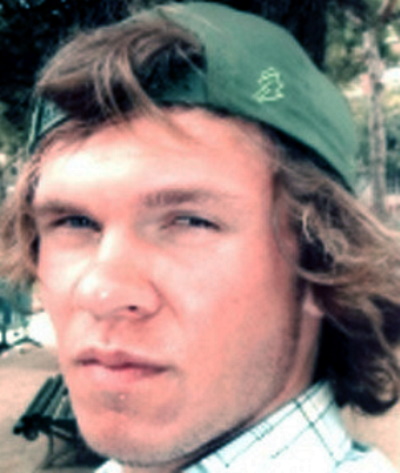 He has a tattoo of a black eagle with a yellow and green background under his left rib cage, and a gap between his upper front teeth.

Wojciech was not wearing any clothing at the time of his disappearance.

If you have any information regarding the disappearance of Wojciech Fudali please contact the Narragansett Police Department at (401) 789-8967 or Rhode Island Cold Case at (877) RI-SOLVE.

The Fudalis are offering a $4,000 reward to anyone who can provide information related to their son’s disappearance.