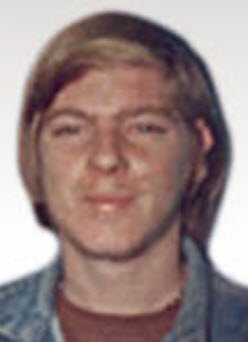 22 year old Wilson Jay Mickler was last seen at a bar in St. Augustine, Florida on October 27, 1979. He never made it home that night, and hasn’t been heard from since.

Wilson Jay Mickler was last seen at the Green Door bar off State Road 16 in St. Augustine, Florida at 9:00 pm on October 27, 1979. He called his wife from the bar that evening, but hasn’t been seen or heard from since.

His wife contacted the St. Johns County Sheriff’s Office to report him missing when he failed to return home that evening.

At least one person, Wayne Sutton, who was subsequently questioned by authorities placed Mickler at the bar that night.

Investigators believe Mickler may have been involved in a fight at the bar that night, and died as a result.

In 1982 police received some tips that Mickler had been seen working on a shrimp boat in the Florida/Georgia area, and as far north as North Carolina. After following up on those sightings they were deemed not credible.

In 2009 the police received a call from a woman saying a man named Daniel Wilson told her he had killed Mickler and left his body behind the Green Door.

Daniel Wilson turned out to be the brother of Mickler’s wife.

He was tracked down and interviewed in Georgia, and admitted to making the statement out of “jest” because Mickler had been rough with his sister.

At this time neither Daniel Wilson or Wayne Sutton have been named as suspects in Mickler’s disappearance.

The location of Wilson Jay Mickler, and the circumstances regarding his disappearance, remains unknown.

Foul play is suspected in his disappearance. His case remains unsolved.

He has a 6 inch scar inside his right thigh, a scar in the middle of his chest where his spleen was removed, and a 1 inch scar on the left side of his face.

If you have any information regarding the disappearance of Wilson Jay Mickler please contact the St. Johns County Sheriff’s Office at (904) 824-8304.