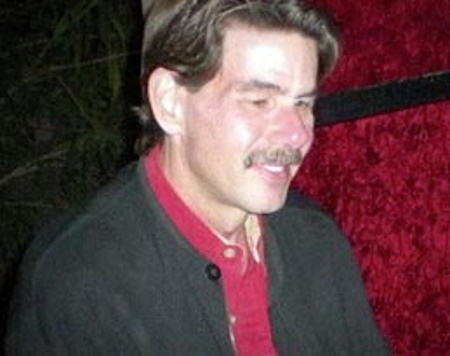 47-year-old William McGrath was last seen in Phoenix, Arizona on August 17, 2009. His friends and family grew concerned when someone started impersonating him through calls and emails.

William McGrath was born in Pittsburgh, Pennsylvania. He moved to Phoenix, Arizona where he had a successful business as an interior designer remodeling homes.

In September 2006, McGrath was assaulted by his former romantic partner in his residence. The man was later sentenced to prison. In early August 2009, McGrath learned that his attacker would soon be released from prison.

On August 17, 2009, McGrath last spoke to his family on the phone and sounded nervous following his attacker’s release from prison.

He reportedly said he was considering purchasing a gun for protection and upgrading the security system at his home. The next day, he hired a locksmith to rekey every door at his house.

Friends and family later grew concerned when their phone calls to him went unanswered. The neighbor reported that hadn’t heard McGrath’s dog, who typically barked a lot, since August 19, 2009.

His cousin received an email response from McGrath’s e-mail address, stating that he decided to leave Phoenix and would contact him later once he settled.

His brother also received a similar email saying that he left Phoenix to return to Pittsburgh. William Mcgrath never went to Pittsburgh, and has not been heard from since.

On August 26, 2009, his financial advisor received a voicemail message from a man identifying himself as McGrath.

The man wanted to reschedule an appointment saying he wasn’t feeling well. The message, which came from a new cell phone number, was spoken in an unfamiliar voice.

On August 27, 2009, McGrath’s financial advisor called the police to check on him when he failed to show up for their second appointment.

Three large checks were cleared, including one written on August 18 to a locksmith, and two written subsequently to a man named Brad Tocker for $12,000 and $4,200.

The signatures were compared to McGrath’s signature card. The locksmith check matched, but the signatures on the checks to Tocker did not. The bank subsequently froze his account.

On August 31, 2009, police searched his house following his financial advisor‘s missing persons report. The interior was neat and orderly, but no sign of McGrath was found. His dog and his gold Toyota Tacoma vehicle were also missing from the house.

When police searched his house for traces of blood using luminol, they found evidence that a crime had been committed.

47-year-old Bradley Tocker met McGrath through a male dating website in early 2009. He was later hired to help renovate his house and to work on another project in McGrath’s design and remodeling business.

Upon reviewing McGrath’s financial records, police discovered several unusual withdrawals and transfers made since August 18, 2009, including a $9000 transfer to an account belonging to Tocker’s mother.

Police learned that Tocker had previously moved his mother into a care facility in early 2009, but fell behind on two mortgages with the banks seeking to foreclose.

Police believed Tocker murdered McGrath and used his identity to withdraw money from his bank accounts to cover his financial debts. McGrath had also given him his house key when he helped renovate the house.

On March 2011, Bradley Tocker was convicted of first-degree murder in the death of William McGrath, fraud, and theft. He was sentenced to life in prison with no possibility of parole.

On May 24, 2011, police recovered William’s McGrath’s remains buried under the kitchen floor of a house located at the corner of East Willetta Street and North 27th Avenue in Phoenix, Arizona.

The house was formerly owned by Tocker’s mother. It is believed that Tocker struck an agreement with prosecutors to reveal the body’s whereabouts in exchange for a lighter sentence.