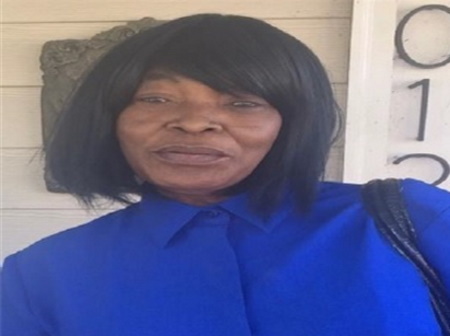 72 year old Virt El Scott was last seen on May 16, 2022 in New Orleans, Louisiana. She disappeared after being dropped off at the Greyhound bus station, and hasn’t been heard from since.

Virt El Scott was dropped off at the New Orleans Greyhound bus station on May 16, 2022, and hasn’t been heard from since.

She was attempting to travel to Texas, but never arrived at her destination. The person who reported her missing says she hasn’t been seen or heard from since.

It is unknown what part of Texas she planned on traveling to, or what she was wearing when she went missing.

The New Orleans Police Department is asking for the public’s help in locating Scott. Few details are available in her case, as authorities haven’t released any further public information regarding her disappearance.

The location of Virt El Scott, and the circumstances surrounding her disappearance, remains unknown.

Her case is currently classified as a missing person and remains unsolved.

If you have any information regarding the disappearance of Virt El Scott please contact the New Orleans First District detectives at (504) 658-6010. 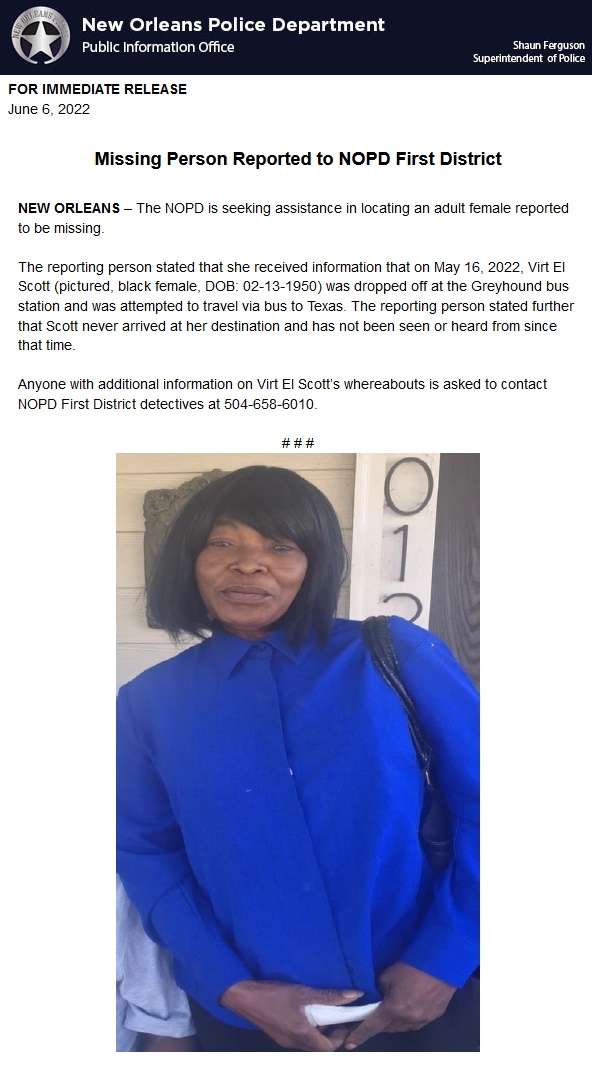