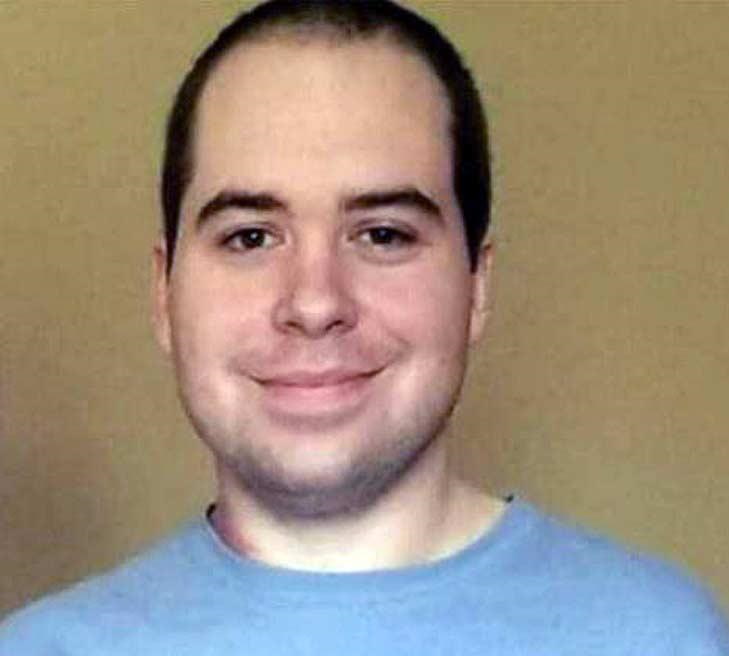 29 year old Tyler Davis went missing from Columbus, Ohio on February 24, 2019. He was last seen around 3 am near the Hilton at Easton Town Center in Columbus.

On February 23, 2019 Tyler and his wife Brittany traveled to Columbus, Ohio to celebrate her birthday. After dropping off their 20 month old son at his parents house they drove to Columbus from their home in Wilmington, Ohio, about a 90 minute trip.

They checked into the Hilton hotel in front of the Easton Town Center around 5:00 pm, and met up with a friend who lived nearby, Schon Hughes. Around 8:30 pm, the three of them left the hotel to walk around the shopping center, visiting some bars and clubs.

Around 3:00 am they took an Uber back to the hotel. On the way back Tyler fell asleep in the car, and when they arrived back at the hotel he was “confused and frustrated” according to Brittany, and said he was going to go for a walk.

Brittany went back into the hotel to charge her phone, while Schon left with Tyler on foot. After a half hour Brittany came back outside, but couldn’t find either of them.

She called Tyler’s cell phone and he called her back around 3:30 am, saying he would be right back. A few minutes later Schon came walking back to the hotel, but Tyler wasn’t with him. At this point Brittany tried calling Tyler again, but he wouldn’t answer.

At approximately 4:10 am Tyler called her back, telling her “‘I see the hotel. I’m walking through the woods. I’ll be right there.” He hung up, and called back immediately, but when Brittany answered she only heard four seconds of silence before the phone went dead. She called him back but his phone was off, and has been shut off ever since.

At 4:30 am their friend Schon, who lived about 10 minutes away from the hotel, decided to go home. Brittany went inside the hotel and started calling friends, asking for advice on what to do.

Tyler never came back to the hotel, and hasn’t been seen or heard from since. At 9:30 am Brittany called Tyler’s parents to let them know he hadn’t come back. At 10:30 am she reported Tyler missing to the Columbus Police Department.

Authorities, as well as several search and rescue organizations have conducted multiple searches of the area, but haven’t found any evidence.

Authorities don’t believe Tyler went missing intentionally. They released audio from his phone, showing that he was asking for directions to the hotel, and intended to go back. His case remains unsolved.

Tyler Davis is a Caucasian male born on June 30 1989. He has brown hair, brown eyes, stands 5’9 tall and weighs 170 pounds. He has a red birthmark on his right arm that goes up to his neck.