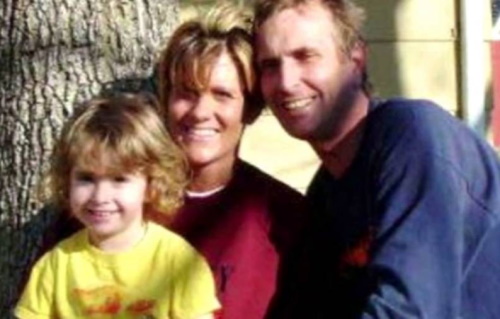 The Jamison family were last seen in Red Oak, Oklahoma on October 8, 2009.

Bobby and Sherilynn Jamison disappeared while shopping for land in Oklahoma along with their six year old daughter Madyson.

The Jamison family lived in a house on Eufaula Lake. The family was originally from the Oklahoma City area but had moved to Eufaula, Alabama.

In 2003, Bobby was involved in a car accident, and as a result, he suffered from chronic back pain. He and Sherilynn Jamison did not work and were both receiving disability checks.

In 2007, Sherilynn’s sister died from a bee sting on her tongue. The death reportedly left her devastated which led her to suffer from bipolar disorder. At some point, she was hospitalized due to a failed suicide attempt

Sherilynn had a 12 year old son from a previous relationship who lived with the family. In July 2009, her ex-husband gained full-time custody of their son.

A few weeks before the family went missing, Sherilynn’s son moved back to Oklahoma City to live with his father. This reportedly worsened the family’s finances as she subsequently stopped receiving child support.

On October 8, 2009, Bobby, his wife Sherilynn, and their daughter Madyson drove to Red Oak in southeastern Oklahoma to scout for land to purchase and meet a landowner in the area.

The family was considering purchasing a forty-acre plot of land near the Sans Bois Mountains. They were planning to move a large storage container parked on their property in Eufaula Lake and live in it.

When the meeting was done, Bobby parked his pickup truck and the family went for a short walk, using their GPS to find a spot on the hillside to rest. Soon after, they returned to the vehicle and drove away.

The Jamison Family never returned home and have not been heard from again.

On October 16, 2009, the Jamison’s pickup truck was found abandoned by hunters in a remote well-pad site near the land the family was considering buying, south of the town of Kinta in Latimer County, Oklahoma.

No signs of foul play were found on the scene where the vehicle was found, and it appeared the family planned to return to the car. The pickup truck doors were locked, and the family’s small black and white dog was found inside in a state of starvation.

Authorities found clothing, shoes, Bobby’s wallet, the couple’s IDs, cell phones, and a GPS inside the car. $32,000 in cash was also discovered beneath the driver’s seat in a bank envelope, which was deemed odd as the family was on disability benefits.

Investigators recovered footage from surveillance cameras mounted at the family’s Eufaula Lake house, time stamped on the day they left. The footage showed Bobby and Sherilynn making several trips between their pickup truck and home. Their movements were described as “trancelike.”

In May 2009, Bobby filed a civil lawsuit in Oklahoma County District Court against his father, 67 year old Bob Dean Jamison.

For several years, Bobby reportedly worked for free at his parent’s Oklahoma City gas station, under the premise that he would get half the money from any sale, but his father allegedly reneged on the agreement.

That same month, Bobby also filed for an order of protection against his father. In the petition, Bobby stated that his father threatened his family with violence on at least two occasions, in November 2008 and in April 2009.

The protective order request was dismissed but the civil case remained open at the time of the family’s disappearance.

In December 2009, Bob Dean Jamison died, just two months after the Jamisons went missing. Madyson was named the sole beneficiary of his estate, cutting out his ex-wife Starlet Jamison and his son Bobby in a will dated October 27, 2008.

On November 16, 2013, skeletal remains of two adults and one child were discovered by two hunters in Red Oak, Oklahoma, less than three miles away from where the family’s pickup truck was first discovered.

On July 3, 2014, the three sets of remains were identified as the Jamison family by the Oklahoma Medical Examiner’s Office.

Autopsy results were inconclusive due to incomplete skeletal remains and carnivore or rodent damage to the bones. As there were no signs of trauma, the cause of death for each family member was listed as unknown.

If you have any information regarding the disappearance of the Jamison family, please contact the Latimer County Sheriff’s Department at (918) 465-4012.