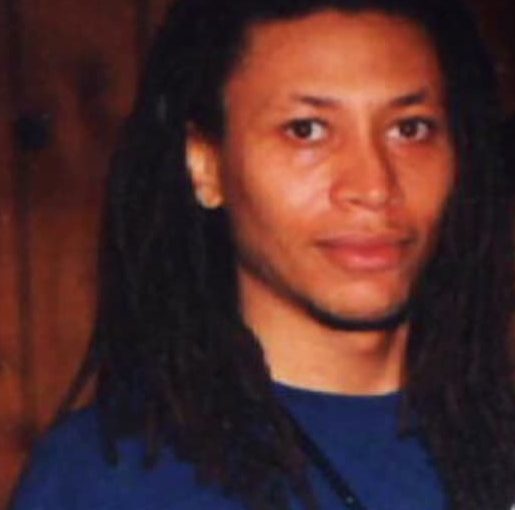 27 year old Terrance Williams was last seen in Naples, Florida on January 12, 2004. He disappeared on his way home after being taken into custody by a Collier County sheriff’s deputy near the Naples Memorial Cemetery.

The 8 episode series premieres on Paramount+ on Tuesday, May 10, and will be available for streaming the same day.

Each 30 minute episode tells the story of a person who disappeared, told from the perspective of their loved ones still searching for answers. 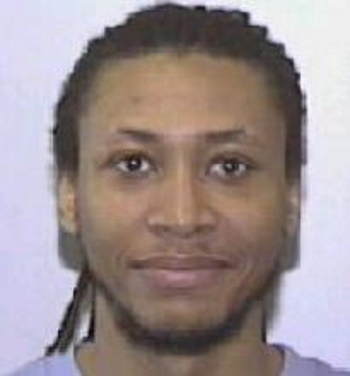 Around midnight on January 11, 2004, 27 year old Terrance Williams attended a party at a home in Bonita Springs with some of his Pizza Hut coworkers. The group drank beer and partied all night until Williams left at about 6 am.

On January 12, 2004, Williams was reportedly pulled over on the side of the road between 9 and 10 am near the Naples Memorial Cemetery, located in the area of 111th Avenue North and Vanderbilt Drive, north of Naples, by Collier County sheriff’s deputy Corporal Steven Henry Calkins.

When Calkins ran the VIN number of the Cadillac Williams was driving he found the license plate had expired and that it was registered to someone else. Williams was also driving without a valid driver’s license and insurance.

Calkins patted down Williams and placed him in the back of his patrol car without handcuffs before driving away. Terrance Williams never returned home and has not been heard from since.

On January 13, 2004, Williams’ roommate contacted his mother when he did not return and failed to show up at work. His mother filed a missing persons report to the Collier County Sheriff’s Office.

Deputy Calkins told investigators that Williams asked him for a ride to the nearby Circle K convenience store where he claimed to work. The store was located in the vicinity of Wiggins Pass Road and Route 41 in Naples, but Williams was employed at a Pizza Hut about two miles further north in Bonita Springs.

Calkins also told investigators he later returned to the cemetery to check on the Cadillac because Williams said he had a valid registration in his glove compartment. When he returned and found nothing he says he called the Circle K store but was told by an employee that Williams wasn’t employed there.

He then moved Williams’ Cadillac outside the Naples Memorial Cemetery, parking it on the shoulder of the road before calling dispatch about finding an “abandoned” car. The vehicle was towed for obstructing traffic, but no arrest or traffic stop was reported.

On January 28, 2004, Williams’s mother filed a misconduct complaint with the Collier County Sheriff’s Office against Calkins after her son’s disappearance.

He received commendations for helping to lift an overturned pickup off a man who was suffocating underneath. In 1997 he helped give CPR to a 78-year-old man suffering a heart attack.

Authorities found conflicting statements and inconsistencies in his account of the events on the day Williams disappeared. He was submitted to three polygraph tests which showed evidence of deception.

Phone records show Calkins never used his cell phone to call the Circle K store, and no employee remembers getting a call from a deputy that day. Upon reviewing the surveillance footage from the store, investigators could not find a sign of Williams nor Calkins.

Calkins previously said he told a dispatcher he was investigating an abandoned car which was blocking the road. He later recanted his statement and said Williams was driving the vehicle when he stopped him.

In August 2004, Calkins was fired by Collier County Sheriff’s Office for lying in the disappearance case of Terrance Williams, deception on a lie detector test, conduct unbecoming of an officer by using derogatory language, and for being negligent in not following agency rules and procedures.

On October 14, 2003, 23-year-old Felipe Santos, a Mexican laborer, disappeared after being taken into custody with the same deputy, Steven Calkins, following a minor traffic accident.

Santos was driven off in the back of his patrol car and has not been heard from again.

Calkins claimed he dropped Santos off at a Circle K convenience store on Immokalee Road in north Naples, just four miles away from the store where he would drop Williams off three months later.

Calkins wasn’t charged with any criminal wrongdoing in the disappearances of Terrance Williams or Felipe Santos, and he maintains his innocence in both cases.

Police found no evidence, means or motive for foul play in Terrance Williams’ disappearance. No body was found, nor any evidence that he is still alive. He was legally declared dead by his family in 2009.

A $100,000 reward was offered by actor and producer Tyler Perry for critical tips that would lead to the remains of Terrance Williams and Felipe Santos or an arrest in their disappearances. The reward was subsequently doubled to $200,000 on September 4, 2018.