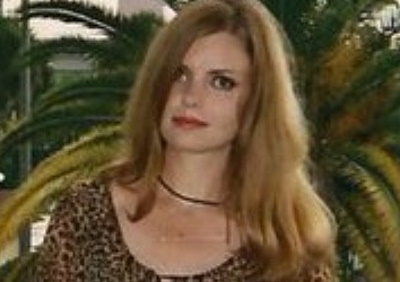 33 year old Tanya Rider was last seen in Seattle, Washington on September 19, 2007. She disappeared on her way home from work after finishing a night shift at a grocery store.

In 2007, Rider lived with her husband of eight years, Tom Rider, in Maple Valley, Washington.

The couple worked multiple jobs in order to save money to buy a home. She worked at a Fred Meyer and a Nordstrom Rack department store in Bellevue, Washington.

On the early morning of September 20, 2007, Rider finished her night shift at a Fred Meyer department store in Bellevue, Washington.

Rider was planning to return home to get a few hours of sleep before the start of her second job at Nordstrom Rack. Surveillance cameras from the supermarket captured her getting into her vehicle, a blue Honda Element, and driving out of the parking lot and onto the motorway.

Rider never returned home that day and has not been heard from again. Because of their busy work schedules, her husband did not realize Tanya had disappeared up until her coworker contacted him about her absence from work.

On September 22, 2007, her husband filed a missing persons report to the Bellevue police, but was referred to the King County Sheriff’s Office instead.

Authorities did not initially classify Tanya Rider as a missing person because she was an adult who wasn’t at-risk or a minor. When her husband asked police to trace her cell phone signals, he was denied for the same reason.

Rider’s bank accounts initially showed activity following her disappearance, but it was later proved to be gas bought from her husband’s credit cards around the area when he was trying to find her.

Authorities eventually began to treat her disappearance as a missing person, and soon traced her cellphone signal to a tower on Highway 169 in Renton, Washington, less than five miles from where she disappeared.

On September 28, 2007, Tanya Rider was found alive, twenty feet down a roadside ravine near 196th Avenue Southeast and Southeast Jones Road off state Route 169, strapped into the front seat of her car.

Once her husband was able to convince authorities that she had not run away, it took them only 20 minutes to find her.

Rider had been trapped inside her vehicle that ran off the road near Renton, a suburb of Seattle, for eight days without food or water. Her condition was critical but stable.

She was cut out of the car by emergency personnel and placed into a medical coma so her injuries could be accessed.

Tanya suffered dehydration through failing kidneys and a buildup of toxins caused by muscle damage. Her body also presented a broken collar bone and ribs, a dislocated shoulder and a severely hurt left leg.

Tanya says her memory goes blank after she pulled out of the supermarket, and that she’s unsure why she veered off the road, just five minutes from home. Due to her hectic work schedule it’s speculated that she fell asleep at the wheel.

During the time she was trapped in her car she remembers seeing her husband’s name on her cell phone numerous times as he tried to contact her, but she could not reach to answer his calls.