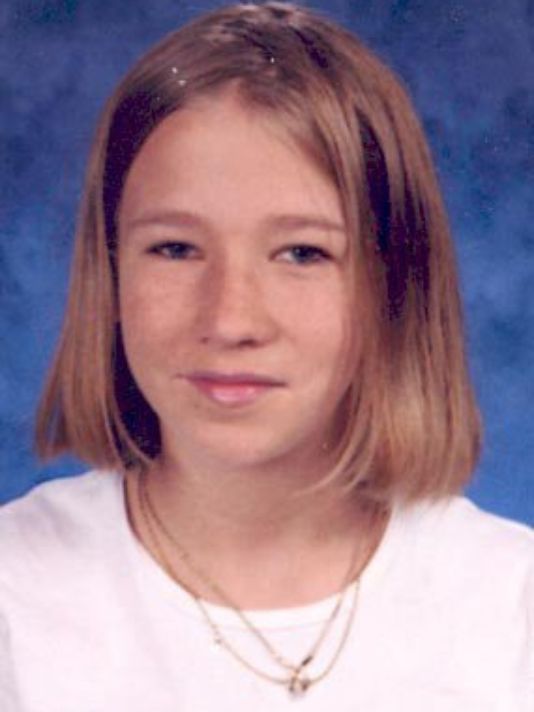 13-year-old Tabitha Tuders was last seen on the morning of April 29, 2003 at her residence in Nashville, Tennessee. She disappeared on her way to board the school bus between 14th & Boscobel Streets around 8:00 am.

She never got on the bus, and did not arrive at school. She has not been seen or heard from since.

Tabitha Tuders was born on February 15, 1990, to parents Debra and Bo Tuders. Her mother was a school cafeteria worker at Tom Joy Elementary School, and her father was a local truck driver.

She has an older brother Kevin and a sister Jamie. The family lived in the 1300 block of Lillian Street in the East Nashville neighborhood, Tennessee, and Tabitha was a student at Bailey Middle School.

She was a member of the Eastland Baptist Church’s choir and regularly volunteered at spaghetti dinners. Tabitha was described as an innocent girl, lacking the typical attitude of many teenage girls of her age, and preferring to stay at home with her family.

On the early morning of April 29, 2003, Tabitha’s father woke her up for school before heading to work. Her older sister, Jamie, and her two young children who were temporarily residing in the family house, were still asleep when Tabitha left for school.

Tabitha supposedly left home at about 7:50 am on her way to the bus stop at 14th & Boscobel Streets, a ten minute walking route. Tabitha never boarded the bus and never made it to Bailey Middle School, two miles away.

Later in the afternoon, her parents grew concerned when Tabitha failed to return home and contacted the school. Upon finding out from teachers that she had been absent from school that day, they filed a missing person report to the local law enforcement shortly before 6:00 pm.

Within two hours of her disappearance, officers conducted an extensive search of the neighborhood, going as far as Shelby Park and LP Field nearly two miles away, searching local markets and empty buildings.

Witnesses from the neighborhood confirmed seeing Tabitha turning the corner from Lillian onto 14th Street toward Boscobel Street in the direction of the bus stop. She was reading some papers as she walked and didn’t appear to be in a hurry, or looking for anyone.

On the morning of her disappearance, a young boy, who was waiting for the school bus at the bottom of the hill at Boscobel and 15th Street, claimed to have spotted Tabitha getting into a red car with a man.

The driver was described as a mid-thirty African-American male wearing a baseball cap. The said vehicle then headed back up the hill toward 14th Street once Tabitha got in the car.

The credibility of the boy’s account has been questioned from the beginning, but tracker dogs from the Shawn Hornbeck Foundation, a Missouri-based missing children organization, traced Tabitha’s scent along a route up in the hill, corroborating the boy’s story.

Authorities initially classified Tabitha as a runaway teen as they were unable to determine the occurrence of an abduction, but they now believe foul play was involved. On the last day she departed for school, Tabitha left behind her personal possessions in her bedroom, including her clothes, makeup, house key and $20 in cash she won from the church.

A former boyfriend of Tabitha’s sister, matching the description from the boy’s statement, has been considered a person of interest in the case. He had previously lived at the Tuders’ home for several months, drove a red car, and had gotten off work stocking shelves at a nearby retail store at 7 am that morning. However, police were unable to connect him to Tabitha’s disappearance.

On April 30, 2003, an in-depth search of Tabitha’s bedroom led police to discover a piece of paper that may hold some connection to her case. The paper bearing Tabitha’s handwritten notation wrote “T.D.T. -N- M.T.L.”

The first set are Tabitha Danielle Tuders’s initials but the initials of the other person remain unknown. She didn’t have a known boyfriend at the time, according to her family, therefore authorities couldn’t identify who “M.T.L” was.

On October 30, 2003, a trucker reported a possible sighting of Tabitha in Linton, Indiana. Tabitha was allegedly looking anxious and afraid, and was accompanied by a man and another teenage girl. The trucker’s report was backed up by a hotel clerk in Linton who also reported seeing the same group of three. These two reports have not been substantiated.

Foul play is strongly suspected in Tabitha Tuder’s disappearance and authorities believe she was taken against her will by a stranger or by an acquaintance.

There is a reward up to $50,000 offered by the FBI for any information leading to the recovery of Tabitha Tuders and the prosecution of the person(s) responsible for her disappearance.

The circumstances of Tabitha’s disappearance remain unclear and her case is currently classified as endangered missing. Her case remains unsolved.

Caucasian female born on 02/15/1990 with sandy blonde hair and blue eyes. She was 5’1 tall and weighed 100 pounds at the time of her disappearance.

Tabitha has pierced ears, a birthmark on her stomach, and a scar on her finger. She has a fair, freckled complexion.

If you have any information regarding the disappearance of Tabitha Tuders, please contact the Nashville Metro Police Department (615) 862-8600 or call the National Center for Missing & Exploited Children (800) 843-5678.