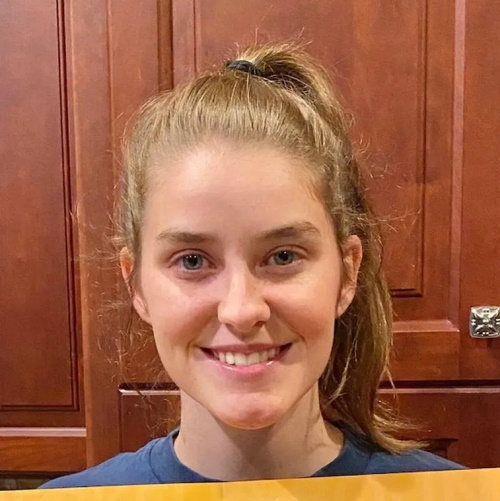 19-year-old Sydney Kaitlyn West was last seen in San Francisco, California on September 30, 2020. She disappeared after entering the Golden Gate Bridge where she often exercised in nearby Crissy Field.

Sydney Kaitlyn West was born on July 11, 2001, in Walnut Creek, California to parents Kimberly and Jason West. She lived briefly in Castro Valley before her family moved to Pleasanton, California.

Sydney attended Foothill High School in Pleasanton where she was a star player and co-captain of the varsity volleyball team. Along with sports, she was also a talented musician who would write, record, and perform her own music.

In 2017, her family moved to Chapel Hill, North Carolina. After graduating from Carrboro High School, Sydney decided to take a year off before starting college.

In August of 2020, Sydney moved back to California to begin summer classes at UC Berkeley, despite the fact that she was still recovering from a concussion she suffered previously.

When fall semester started, Sydney struggled with attending virtual classes due to the COVID pandemic. Being isolated in her dormitory on campus while living far away from her family also proved challenging to her.

Eventually, Sydney opted to defer her freshman year to the fall of 2021 so she could fully recover. At the time of her disappearance, Sydney was single and was staying with family friends in the San Francisco Bay Area.

On the evening of September 29, 2020, Sydney had a lengthy phone conversation with her father and the two made plans to speak again the next day.

On the morning of September 30, 2020, Sydney took a ride share service to the Golden Gate Bridge, where she often went to jog, practice yoga, and exercise in nearby Crissy Field.

At approximately 6:45 am, Sydney was captured by cameras entering the Golden Gate Bridge. Sydney West never returned home, and has not been heard from since.

On October 1, 2020, Sydney’s father grew concerned when he was unable to reach her after multiple attempts. He filed a missing person’s report in North Carolina and in San Fransisco.

On the day of Sydney West’s disappearance, authorities reviewed video footage of the area around the Golden Gate Bridge. Heavy fog obstructed many of the camera’s views, and they lost sight of her after she entered the bridge.

Sydney often frequented the Golden Gate Bridge area where she enjoyed going for walks, jogging, and to take photos in nearby Crissy Field.

Her backpack was found in an area around the Golden Gate Bridge and was turned over to the San Fransisco Police. Her cell phone has not been located.

Since her disappearance, there’s been no activity on her phone, bank accounts, or social media accounts. She left behind her laptop and personal belongings at her friends’ home in the San Francisco Bay Area.

Police found no evidence, means or motive for foul play in Sydney West’s disappearance. According to authorities, she was considered to be at-risk due to anxiety and depression.

A $25,000 reward is being offered by her family for information leading to Sydney West’s location and return.

The circumstances of Sydney West’s disappearance remain unclear and her case is currently classified as missing. Her case remains unsolved. 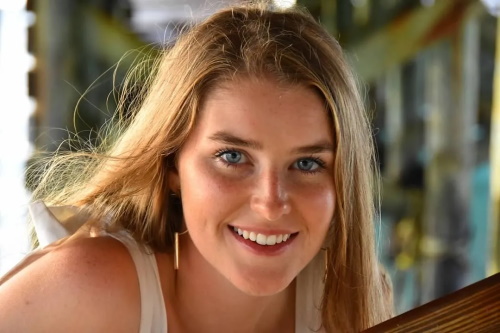 Physical Description:
Caucasian female born on July 11, 2001 with brown hair and blue eyes. She is 5’10 tall and weighs 135 pounds.

Clothing and accessories:
Sydney was last seen wearing dark leggings, a light teal hoodie and Vans sneakers with a tropical print on them. Her hair was in a bun on top of her head, and she may have been carrying a black backpack.

If you have any information regarding the disappearance of Sydney West please contact the San Francisco Police Department (415) 553-1071, or call private investigator Scott Dudek at (925) 705-8328.