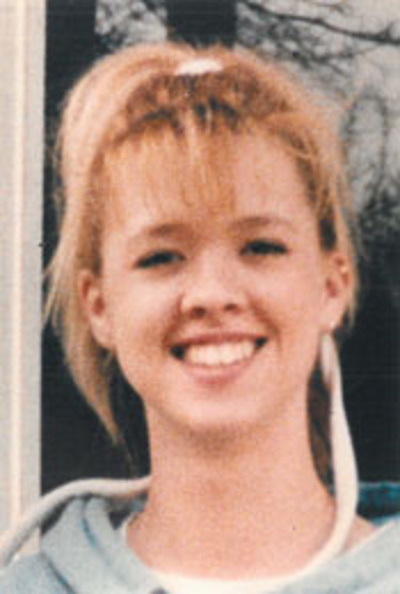 19 year old Suzanne Streeter was last seen in Springfield, Missouri on June 7, 1992. She mysteriously vanished from her home along with her mother Sherrill Levitt and friend Stacy McCall.

Suzanne Elizabeth Streeter was born on March 9, 1973, in Seattle, Washington, to parents Sherrill Levitt and Brentt Streeter. When she was only six months old, her parents divorced. She never lived with her father.

In 1980, Suzanne moved with her mother to Springfield, Missouri. During second grade, she became friends with Stacy McCall, whose family lived in Battlefield, Missouri.

In April 1992, Suzanne and her mother Sherrill Levitt moved into a home in the 1700 block of East Delmar Street in Springfield, Missouri.

Before her disappearance, Suzanne was in her senior year at Kickapoo High School. Following in the footsteps of her mother, she planned to enroll in cosmetology school after graduation. She was employed at a local movie theater.

Suzanne had difficulty reading and may have been dyslexic. She was in a class for students with learning disabilities.

When the graduation ceremony ended, Suzanne had a takeout pizza dinner at home with her mother around 6:00 pm.

Suzanne told her mother that she was going to attend some parties with her friend Stacy McCall that evening. She would then spend the night at a hotel in Branson, Missouri, before going to the Whitewater theme park with friends the next day.

At 8:30 pm, Suzanne and Stacy arrived at a friend’s party on Coach Drive in Battlefield, Missouri.

At 10:30 pm, Suzanne called home and told her mother that she wouldn’t be driving to Branson afterall. She’d be spending the night at her friend Janelle Kirby’s house in Springfield instead.

In the early morning hours of June 7, 1992, the two friends appeared at another friend’s party in the 1500 block of East Hanover Street in Springfield. They arrived around 1:30 am, but the party was cut short when a neighbor called the police.

While they initially planned to spend the night at friend Janelle Kirby’s house, it was deemed too crowded as Janelle’s relatives from out of town were already sleeping in her bedroom.

The two friends decided to go back to Suzanne’s residence where they would try out her new king-size waterbed. They drove in separate vehicles, and presumably returned to the residence around 2:15 am.

In the morning, friend Janelle Kirby grew concerned when Suzanne and Stacy failed to contact her about their plans to spend the day at the Whitewater theme park in Branson.

When no one answered her calls to Suzanne’s residence, Janelle decided to pay them a visit shortly after noon. However, no signs of her friends were found at the unlocked house, nor any sign of Suzanne’s mother.

Suzanne Streeter, her mother Sherrill Levitt and friend Stacy McCall have never been heard from again.

Police found no signs of struggle at the house. The only thing amiss was a broken porch light cover. The television was left turned on and the family dog, a Yorkshire Terrier named Cinnamon, was found alone inside the house.

Each woman had a car but all three vehicles were still parked in the driveway. Sherrill’s blue Corsica in the carport, Suzanne’s red Ford Escort in the circle drive with Stacy’s Toyota Corolla behind.

Keys to the vehicles were found inside the unlocked house, and the three women’s purses were piled together at the foot of the steps leading into Suzanne’s sunken bedroom.

Sherrill and Suzanne, both heavy smokers, left their cigarettes and lighters inside the house while Stacy left behind her migraine medication. An undisturbed graduation cake was also found in the refrigerator.

Stacy’s flowered shorts with her jewelry tucked into the pockets was placed on her sandals beside Suzanne’s waterbed. Police believe she left the home wearing only a T-shirt and panties.

On June 15, 1992, police released the composite sketch of an unidentified transient man with long hair and a full beard. In the days leading up to the women’s disappearances, neighbors reported seeing the man near the house.

On June 24, 1992, a waitress at George’s Steakhouse, one of Levitt’s favorite restaurants, told police she saw the three women at the diner that morning between 1:00 and 3:00 am. She said Suzanne appeared intoxicated while her mother tried to calm her down.

On January 2, 1993, an anonymous individual called the “America’s Most Wanted” program, appearing to hold prime knowledge in the women’s disappearances, but the call was cut short when the switchboard operator tried to patch it through to Springfield investigators.

42-year-old Robert Craig Cox, an Army veteran serving time in a Texas prison for aggravated robbery, was identified as a possible suspect in the case.

Cox told police that he attended church with his girlfriend on the morning of June 7, 1992. In 1995, he recanted his initial statement when police found out he lied, but he continually denied any involvement.

Cox had been previously convicted in the murder of a 19 year old woman in Florida in 1978. His conviction was later reversed by the Florida Supreme Court due to lack of evidence.

Cox has never been charged in connection with the women’s disappearances but he remains a person of interest.

Foul play is strongly suspected in Suzanne Streeter’s disappearance and authorities believe she was abducted.

A $42,000 reward remains in place for information that leads to the location and prosecution of the persons responsible for the abduction of the three women.

In 1997, the family of Sherrill Levitt and Suzanne Streeter went through court proceedings to declare the two women dead. A bench was dedicated to the women in the Victims Memorial Garden in Springfield’s Phelps Grove Park.

The circumstances of Suzanne Streeter’s disappearance remain unclear and her case is currently classified as missing. Her case remains unsolved. 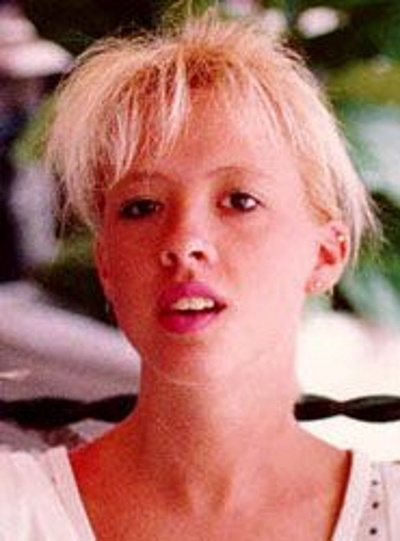 Distinctive Physical Features:
Suzanne has pierced ears and her left ear is pierced twice. She has a scar on her upper right forearm, and has a small tumor on the left corner of her mouth which gives the appearance of chewing tobacco.

Clothing and accessories:
She was last seen wearing a white t-shirt, jeans and pink shoes.

If you have any information regarding the disappearance of Suzanne Streeter please contact the Springfield Police Department at (417) 864-1810.