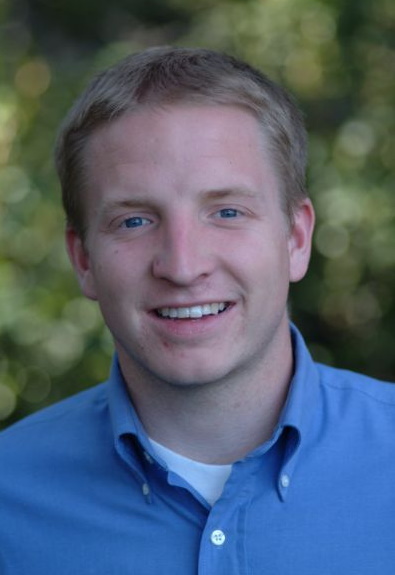 30 year old Steven Koecher was last seen in Henderson, Nevada on December 13, 2009. He disappeared after walking away from his vehicle in the upscale Sun City Anthem residential neighborhood.

Steven Thell Koecher was born on November 1, 1979, in Amarillo, Texas, to parents Rolf and Deanne Koecher. He has three brothers and a sister and was raised in the Mormon church.

Koecher was a boy scout in his teens and was awarded the Eagle rank. He graduated from Amarillo High School, Texas, in 1998. He first attended Brigham Young University in Idaho before eventually graduating from the University of Utah in 2002 with a degree in communications.

After college, Koecher worked for the Davis County Clipper where his father was the executive editor, and later in the online division of the Salt Lake Tribune from March 2007 until July 2008. While he enjoyed his job at the Tribune, the overnight aspect and the city’s winter temperature inversions eventually got to him.

In April 2009, Koecher moved to St. George for the warmer climate. In the following months, after actively sending out his resume to multiple employers, Koecher had trouble finding a full-time job due to the recession.

He took a part-time job handing out fliers for a local window washing firm, but his financial situation worsened. By November 2009, he was several months behind on his rent and the power company was threatening to disconnect electricity at the apartment where he lived alone

Koecher is a devout member of the Church of Jesus Christ of Latter Day Saints. He was active in the local LDS singles ward and had signed up to volunteer in the Big Brother program.

He had served a missionary work in Brazil in the past and learned to speak Portuguese. He has no criminal past nor did he drink alcohol or use drugs.

On December 10, 2009, Koecher visited his ex-girlfriend’s parents ranch in Ruby Valley, Nevada. He told her parents he thought he’d stop by to see her, but the informed him she wasn’t there.

He told them he was on his way to visit family in Sacramento, California, but wasn’t sure if he could make the trip due to bad weather. He had lunch with them and left two hours later, driving back to St. George.

He spoke to his mother on the phone that day about his plans to return home for Christmas, and she stated he sounded upbeat.

Koecher answered that he was in Las Vegas, Nevada, but could return home if needed. His friend said not to bother, and he would try to get back in time himself.

Koecher did not tell family and friends the reason for his trip to Las Vegas. He never returned home and was never heard from again.

His white 2003 Chevrolet Cavalier was found abandoned at the end of a cul-de-sac in the 2600 block of Savannah Springs Avenue in the Sun City Anthem residential neighborhood of Henderson, Nevada. It had been parked there since December 13, 2009.

On December 17, 2009, his parents were notified about his abandoned car and filed a missing persons report after they were unable to contact him.

On December 13, 2009, surveillance video from a neighbor’s residence captured Koecher parking his car in the cul-de-sac at 11:54 am that morning. He was later seen walking down the sidewalk, crossing the street before vanishing out of the frame. Koecher appeared alone and didn’t look disoriented.

Around 5:00 pm, Koecher’s cell phone signal was picked up on a tower in the intersection of Arroyo Grande Boulevard and American Pacific Drive, miles north of where he left his car.

Around 7:00 pm, the signal subsequently pinged to a tower in Whitney Ranch, a Henderson subdivision near Sunset Drive and Stephanie Street, two miles north of the previous location.

On December 14, 2009, his cell phone was used to check a voicemail left by his landlord in the early morning. His signal was picked up by a tower near US-95 and Russell Road, and remained in the same location for two more days before getting lost.

Inside Koecher’s vehicle, authorities found a shaving kit, coats, pillows, blankets and Christmas gifts he had purchased the night before his disappearance.

His laptop computer, cellular phone charger and passport were later found at his St. George residence. His cellular phone, wallet and driver’s license were missing and have not been used since.

The Las Vegas Metropolitan Police canvassed the neighborhood where Koecher’s car had been parked. Helicopters, all terrain vehicles, volunteers, and sniffer dogs were used to search the area, but no sign of Steven was found.

Police found no evidence, means or motive for foul play in Steven Koecher’s disappearance. While he was under financial stress, his family doesn’t believe he would walk away from his life or commit suicide.

The circumstances of Steven Koecher’s disappearance remain unclear and his case is currently classified as missing. His case remains unsolved. 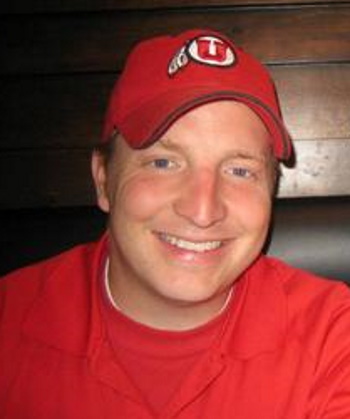 Distinctive Physical Features:
He has a surgical scar behind each ear and a series of birthmarks on his abdomen forming a shape similar to a Nike swoosh.