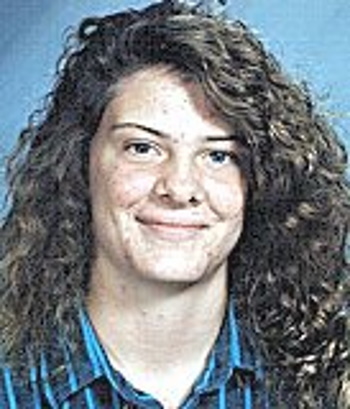 23-year-old Stefanie Welch was last seen in Lakin, Kansas on February 28, 2001. She disappeared after dropping off her two sons at preschool and daycare.

Stefanie D. Welch Peterson was born on July 1, 1977. She was married to 42-year-old Brian Welch, and the couple had two sons together.

At the time of her disappearance, Welch was in the process of getting a divorce from her husband. She lived with her children in a mobile home on Lincoln Street in Lakin, Kansas.

In early 2001, Welch was in a romantic relationship with Roy Moore, and was in the process of moving into his house.

On the morning of February 28, 2001, Welch dropped her older son off at preschool. Around 9:15 am, she dropped her second son off at his daycare in Lakin, Kansas.

It is believed Welch then drove back to her mobile home to pick up some personal belongings, as she was in the process of moving into her boyfriend’s home. She was driving her boyfriend’s vehicle, a silver 1990 Mazda 626.

Welch never showed up to pick up her two sons later that day, and has never been heard from again.

At 6:20 pm, her boyfriend Roy Moore received a phone call from the daycare saying Welch failed to pick up her son at 5:30 pm.

After picking up the toddler, Moore filed a missing persons report with the Kearny County Sheriff’s Office when Welch did not return.

On February 28, 2001, Welch’s abandoned 1990 Mazda was found in the private driveway of a mobile home park southeast of Lakin, Kansas.

The car was reported at approximately 11:00 am, about two hours after Welch was last seen at the daycare. The keys were missing from the vehicle, but her jacket and wallet with $500 in cash were found on the front seat.

Authorities believe the car was driven miles out of town before being parked in the mobile home park, as the wheel wells were covered in snow and mud. According to witnesses, an unidentified man dressed in black was reportedly seen walking away from the car.

Authorities do not believe Welch knew anyone in the mobile home park where her car was found abandoned. An extensive search of the area where the vehicle was found provided no clues as to Welch’s whereabouts.

Roy Moore told police that he and Welch had recently got engaged, and planned to marry in July 2001. However, her estranged husband Brian Welch claimed they were in the process of reconciling their marriage.

Neither Brian Welch or Roy Moore are considered suspects in Stefanie Welch’s disappearance. The unidentified man seen leaving her car is considered the prime suspect in her case.

Foul play is suspected in Stefanie Welch’s disappearance. Authorities believe she was kidnapped and murdered after dropping off her son that morning, and that someone dumped her body.

The circumstances of Stefanie Welch’s disappearance remain unclear, and her case is currently classified as homicide. Her case remains unsolved. 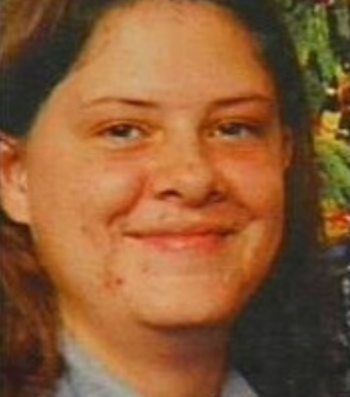 Distinctive Physical Features:
Stefanie has a tattoo on her back and right breast. She has a scar on her left buttock and a scar on her right elbow. Her navel is pierced.

If you have any information regarding the disappearance of Stefanie Welch please contact the Kearny County Sheriff’s Office at (620) 355-6211, or the Kansas Bureau of Investigation at (800) 572-7463.