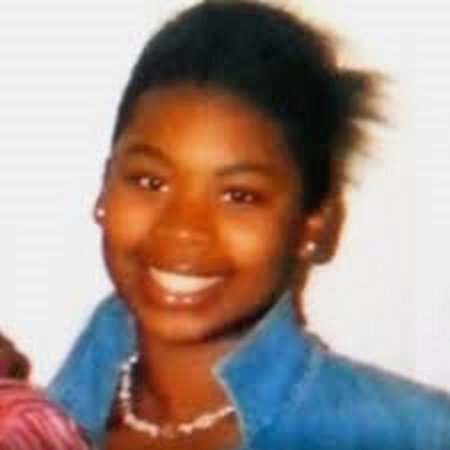 She was last seen at her aunt’s home in the 6000 block of Napier. When her family woke up in the morning she was gone.

Shemika hasn’t been seen or heard from since. Her case remains unsolved.

At the time of her disappearance Shemika lived with her mother in Berkeley, Missouri.

On December 28th she decided to stay the night with her aunt and cousins at their home on Napier. That evening she left the house and came back inside several times.

When everyone woke up in the morning around 8:30 am Shemika was gone. Her clothing and most of her personal items were left behind, and the front door was left unlocked. There were no indications of foul play.

Her purse and jacket were the only things missing. She did not have a cell phone.

Authorities believe Shemika left on her own accord between the hours of 1:30 – 8:30 am, though they have no leads as to where she went or if she left with someone else.

Investigators classified her case as an endangered runaway, and state that she may be in the local area. She has been known to frequent the East St. Louis, Illinois area.

Years after her disappearance, her mother found a notebook of Shemika’s. In one of the notes to a school friend, Shemika mentioned a boyfriend she thought may have gotten her pregnant.

Her mother turned the notebook over to the police, and the police interviewed the boyfriend, but no reported leads were found.

Shemika’s mother has stated that Shemika may have left on her own accord that night, but believes she intended to return. She fears for her daughters safety, and doesn’t believe Shemika would voluntarily be out of touch with her loved ones. Her family fears that she may have fallen victim to trafficking. 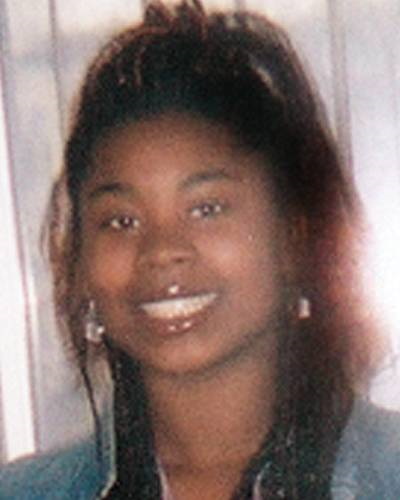 Shemika Cosey is an African American female born on October 1, 1992. She was 16 years old when she went missing.

She is 5’5 tall, weighs 160 pounds, and has black hair and brown eyes. Shemika wears eyeglasses and her ears are pierced. She goes by the nickname “Mika.”

She was last known to be wearing a black long sleeved shirt, blue jeans, and a tan Old Navy jacket.

If you have any information regarding the disappearance of Shemika Cosey please contact the Berkeley Police Department at (314) 524-3311 or the National Center For Missing & Exploited Children at (800) THE-LOST. 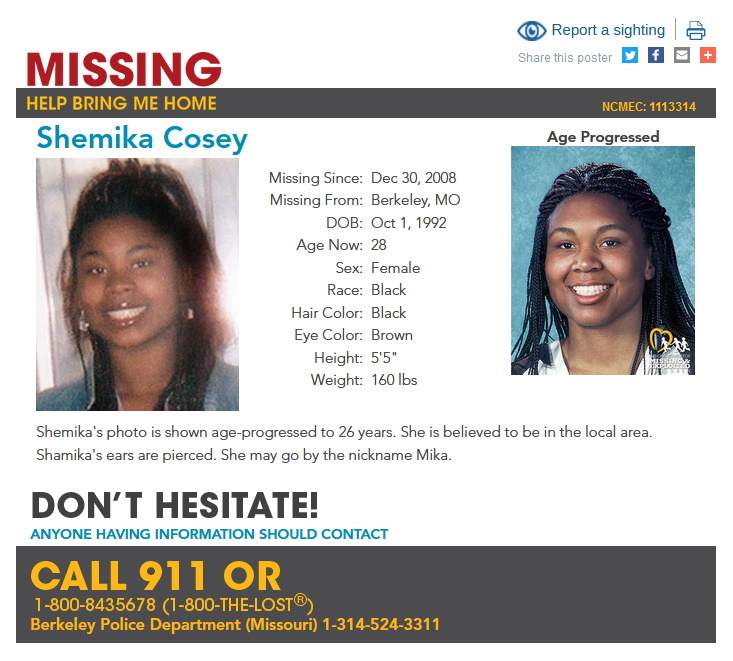