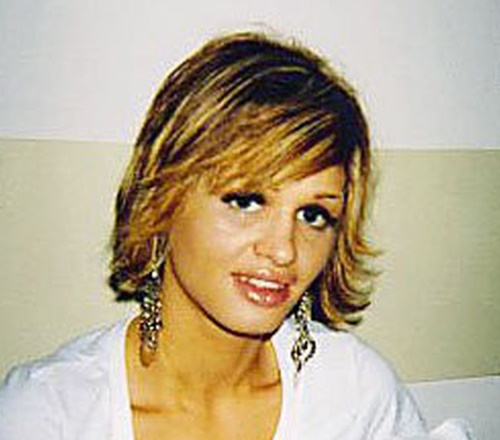 Police have released Shannan Gilbert’s 911 calls, 12 years after she went missing on May 1, 2010. The 24 year old disappeared after visiting a client, Joseph Brewer, on the south shore of Long Island.

The Suffolk County Police had fought against releasing the calls, saying they thought it might impede their current investigation. The calls were finally released today, in an ongoing effort at transparency surrounding the the Gilgo Beach murders case.
Shannan initially called 911 shortly before 5 am from Brewer’s home, stating “there is somebody after me.”
When the dispatcher asked where she was, Shannan couldn’t pinpoint her exact location but said she was on Long Island. That initial call lasted 22 minutes, and she called 911 two more times.
Shannan’s remains were found in December of 2011, about half a mile from where she disappeared.
The search for Shannan led to the discovery of ten other bodies, nearly all young women, found on the South Shore of Long Island, New York.
An autopsy could not determine Shannan’s cause of death, and investigators believe she died by accidental drowning after she ran into the thick marsh and got lost.
However, a private autopsy obtained by her family said the findings were consistent with homicide by strangulation, but added there’s insufficient evidence to determine the cause of death. 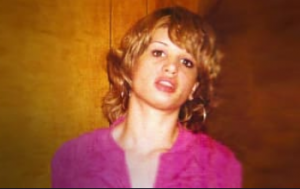 24-year-old Shannan Gilbert was last seen in Oak Beach, New York on May 1, 2010. She disappeared after visiting a client on the south shore of Long Island.

On May 1, 2010, Gilbert was dropped off by her driver and bodyguard, Michael Pak, on Fairway Drive in the beachfront community of Oak Beach to meet a client, Joseph Brewer, around 2:00 am.

Gilbert has been contacted for a “date” through Craigslist to attend a party. She stayed at her client’s two-story wood frame house for a while before allegedly behaving erratically.

At 4:51 am, Gilbert called 911 from her cellphone and appeared to scream for help. She was recorded saying “someone was after her ” and was trying to kill her. When asked for her location, she was unable to give it to the 911 dispatcher.

Around 5:00 am, while she was still on the 911 call, Gilbert fled the house and banged on the door of a nearby resident who let her in. The resident tried to calm her down and call 911 himself, but she ran off the door soon afterward.

When the Suffolk County police finally arrived at 5:40 am Shannan Gilbert was gone. She never returned home and has not been heard from again.

On May 3, 2010, her family filed a missing persons report to the Suffolk County Police Department.

Following Shannan Gilbert’s disappearance, Joseph Brewer and Michael Pak were investigated by the police. On the twenty-three minute long 911 call, both people’s voices were heard. They later passed a polygraph test.

Police did not find any evidence of wrongdoing and both people were not named suspects in the case.

46-year-old Oak Beach resident, Joseph Brewer, hired Shannan Gilbert through an escorting ad from Craigslist, amid a separation from his wife.

Brewer stated that shortly after her arrival at his residence that evening, Gilbert began acting erratically. He went outside and brought the driver inside to get her to leave his house.

Brewer denied having sexual contact with Gilbert that night. He claimed that he didn’t know why she fled into the night and that he never harmed her.

41-year-old Michael Pak drove Gilbert to the location that night in a black SUV. He was hired as a bodyguard and driver in return for one third of her earnings.

When Gilbert went inside Brewer’s residence Pak stayed in the vehicle. He was later called for help by Brewer because she was reportedly behaving erratically.

Pak stated that he tried to follow Gilbert when she ran off from the house. He looked around Oak Beach but she went out of sight. He subsequently returned to his SUV and left without her.

Gilbert reportedly did drugs with clients in the past, and Pak suspected she was acting strangely because of a bad reaction to drugs and alcohol.

In December 2011, police discovered a pair of jeans, a pair of shoes, and a pocketbook later identified as belonging to Shannan Gilbert in Oak Beach, Long Island.

On December 13, 2011, the skeletal remains of Shannan Gilbert were found in a marshy area, about half a mile from where she had disappeared and a quarter-of-a-mile away from where her belongings were discovered a week earlier.

On May 1, 2012, Shannan’s autopsy was released by the medical examiner, but the cause of death wasn’t able to be determined and it was ruled as inconclusive.

Investigators believed she died by accidental drowning after she ran into the thick marsh and got lost.

However, a private autopsy obtained by her family said the findings were consistent with homicide by strangulation, but added there’s insufficient evidence to determine the cause of death.

Since late 2010 eleven bodies, nearly all young women, have been discovered on the South Shore of Long Island, New York.

The victims, who were reportedly strangled, had similar profiles to Shannan Gilbert and were listed as escorts on Craigslist. Authorities believe the young women were murdered by an unidentified serial killer over a period of nearly 20 years.

The victim’s bodies were then abandoned along the Ocean Parkway, near the remote beach towns of Gilgo and Oak Beach in Suffolk County, and the area of Jones Beach State Park in Nassau County.

The Gilbert family strongly believes that Shannan’s death was related to the Long Island serial killings and wants her death to be reinvestigated as a homicide.

A $25,000 reward is being offered by the Suffolk County Crime Stoppers for information leading to an arrest in the Long Island serial killer case.

The circumstances of Shannan Gilbert’s disappearance remain unclear and her case is still open and active. Her case remains unsolved.