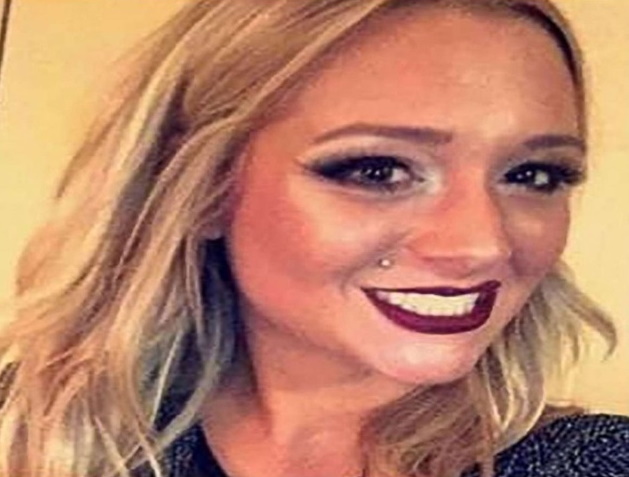 22 year old Savannah Spurlock was last seen leaving The Other Bar located at 319 S. Limestone in Lexington, Kentucky on January 4, 2019. She was seen on surveillance footage leaving with three unidentified men, and hasn’t been heard from since.

Savannah was last seen on surveillance footage the evening of January 4, 2019 leaving The Other Bar at 2:30 am with three unidentified men.

Savannah’s mother called her around 2:30 am after realizing she hadn’t returned home, but her call was rejected. A few minutes later she received a Facetime call from Savannah, who was in a vehicle with the three men from surveillance footage. She told her mother she would be home later that morning.

Savannah never returned home. At 8:30 am her calls were going straight to voicemail.

The men Savannah left the bar with were later identified and questioned by investigators. They haven’t been publicly named and none of them have been charged in relation to Savannah’s disappearance.

Savannah is 5’0 and weighs 140 pounds. She has blonde hair and brown eyes. Her ears are pierced, and she has a piercing above her lip.

She has several tattoos; A sun on her foot, flower on her ankle, rose on her shoulder, “I am her daughter” on her back and bible verse Philippians 4:1 on her right torso.

She was last known to be wearing a black sleeveless shirt, a maroon skirt and black heels.

23 year old David Sparks has been charged with Savannah’s murder. Savannah’s remains were found on a property owned by a relative of Sparks in Garrard County, south of Lexington.

A week prior to discovering her remains, one of Sparks’ relatives reported a foul smell on his property and became concerned. The property had been searched five months prior in the case, but it’s unclear why her remains weren’t found.

Savannah was found buried with a rug that came from David Sparks’ bedroom. And according to detectives blood in a closet in Sparks’ house matched Spurlock’s DNA.

Sparks was interviewed by authorities when the investigation began, after finding out that Savannah was seen at his home in the morning hours after she left the bar.

His home was searched at the time, but no remains were found. He told investigators at the time that he fell asleep while she was at his home, and that she was gone when he woke up.

In August of 2019 a Garrard County grand jury indicted David Sparks in the murder of Savannah. He is currently in custody awaiting trial.

In December 2020 David Sparks, now 25 years old, pled guilty to Savannah Spurlock’s murder. He is set to be sentenced on December 17.

If you have any information regarding Savannah Spurlock’s case please contact the Richmond Police Department at 859-623-8911.