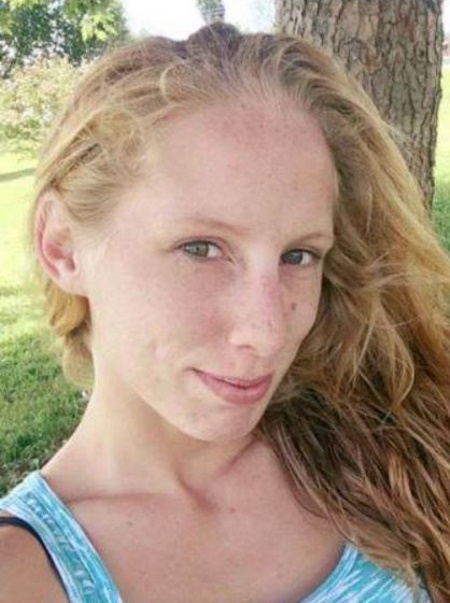 25-year-old Samantha Sperry was last seen in Graves County, Kentucky on March 28, 2018. Sperry went missing after going on a four-wheeler ride in the Kaler Bottoms area with her boyfriend’s father.

Samantha Rose Sperry was born on August 20, 1992. She grew up in Symsonia, Kentucky and studied at Graves County High School.

At the time of her disappearance, Sperry was living in Murray, Kentucky and was working at Mcdonald’s. She was in a relationship with her on-and-off again boyfriend, 30 year old Rhen Lee Hendrickson of Symsonia, Kentucky.

Sperry had recently separated from her husband and shared joint custody of their son and daughter.

On March 27, 2018, Samantha Sperry and her boyfriend Rhen Lee Hendrickson allegedly showed up on the property belonging to her boyfriend’s uncle, Paul Holder, at 4250 Tim Road in Graves County, Kentucky.

According to Dusty Holder, Hendrickson’s father who also lived in an apartment on the property, the couple got into a verbal argument resulting in Hendrickson taking Samantha’s car and diving back to her home to spend the night.

Holder says he and Samantha decided to go four-wheeling into the Kaler Bottoms area that afternoon, but ended up getting stuck in a swampy area at some point before nightfall.

On the morning of March 28, 2018, Samantha and Holder walked out of the woods and onto Highway 131. Both were wet and tired from having spent the previous night out in the cold, using the four-wheeler’s exhaust to stay warm before it ran out of gas.

Holder suggested they walk to a nearby Kaler Mart store where he could call his brother for a ride back, but Samantha told him she was going to head to her cousin’s house nearby.

Samantha was last seen by Holder walking south on State Route 131 toward Highway 849 while he went alone to Kaler Mart to warm up and get something to eat.

Samantha Sperry never showed up for her 9:00 pm shift at work that day and has never been heard from again.

On March 29, 2018, Samantha’s vehicle, a Ford Taurus, was found abandoned on Dooms Chapel Road at the Highway 131 intersection, south of Symsonia, Kentucky.

Her mother subsequently filed a missing person report with the Graves County Sheriff’s Office when she couldn’t get in contact with Samantha.

On March 28, 2018, Samantha’s boyfriend Rhen Lee Hendrickson placed a troubling phone call to his mother, saying he had taken pills and planned on taking his life in the woods.

Authorities were contacted but made the decision to wait for daylight before going out to look for Hendrickson due to officer safety reasons. Henrickson, who was believed to be suicidal and armed with a weapon, was also known to have a violent past.

On March 29, 2018, authorities found Holder’s four-wheeler and Samantha’s car keys during a ground search in the Kaler Bottoms area. Two cell phones belonging to Dusty Holder were also recovered in the ashes of a small fire.

After interviewing several individuals, authorities believe that Samantha was in Graves County on the morning of March 27, but not in the same area where she was reported missing in Holder’s statement.

On March 31, 2018, authorities received information of a possible sighting of Samantha Sperry in Calloway County, Kentucky. She was allegedly in a white Chevrolet Camaro, a late 1980’s to early 1990’s model, with a reported loud exhaust.

On the evening of April 1, 2018, Hendrickson unexpectedly showed at his father’s house, looking dehydrated and hypothermic. He was transported to the hospital for treatment of his injuries and brought in for questioning the next day.

Hendrickson told police that he spent five days in the woods. He added that he had taken some items belonging to Samantha and his own into the woods but later lost them.

Authorities questioned both Holder and Henrickson multiple times and both men passed polygraph tests. One week after Samantha’s disappearance, a trace of blood was found in an undisclosed part of her home and sent to a lab for analysis.

The circumstances of Samantha Sperry’s disappearance remain unclear and her case is currently classified as missing. Her case remains unsolved. 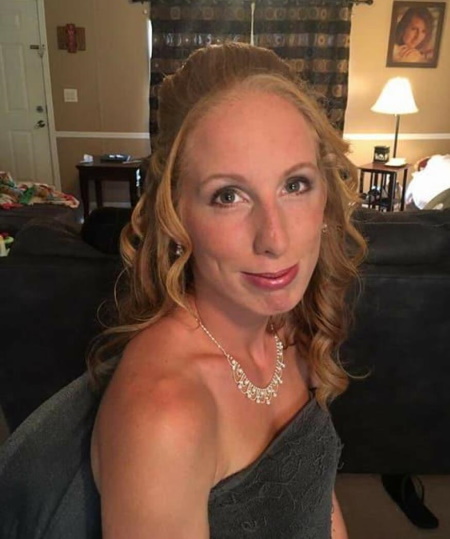 Distinctive Physical Features:
Samantha has several tattoos; a rose with a skull on her right shoulder, two roses and the word “Rose” on her lower right abdomen, and a tiger lily and sunflower on her left thigh. Her ears are pierced and her eyebrow may be pierced.

If you have any information regarding the disappearance of Samantha Rose Sperry please contact the Graves County Sheriff’s Office at (270) 247-4501.