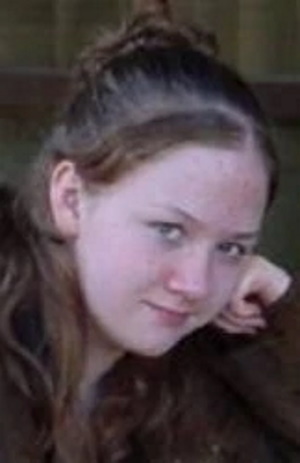 18-year-old Samantha Bonnell was last seen in Montclair, California on September 24, 2005. During a night out with friends, she ran off following a fight with her boyfriend.

Samantha Bonnell was born on March 19, 1987, in Saint Helens, Oregon to parents Mary Weir and Robert Green. She has a younger brother and an older sister.

In 2001, her family moved to Palmer, Alaska where she lived with her mother and stepfather.

On March 17, 2005, Samantha left her family’s home, just three days before her 18th birthday, to travel to California to be with her boyfriend, Chris Verlander.

Described as free spirited, Samantha dreamed of traveling the country. She took on a job as a door-to-door magazine salesman for a company selling subscriptions.

On September 24, 2005, Samantha went for a night out with friends in Montclair, California. While at a movie theater, she got into a fight with her boyfriend and ran off. Samantha never returned that night and has not been heard from since.

Following the incident, her boyfriend called Samantha’s mother to inform her that Samantha ran off. She subsequently tried to file a missing persons report to the police but was repeatedly told that it wasn’t illegal for an adult to go missing.

Five months after Samantha disappeared, in February 2006, a blue suitcase and a black backpack belonging to Samantha Bonnell was discovered in the carport of a resident living on 1106 River Road in Hanahan, South Carolina.

The luggage tags from Greyhound Lines bore her name and the phone numbers for her mother in Alaska and her grandmother in Washington. Inside the bags, police found clothes and a picture of a couple with “Tee-n-Nate” handwritten on the back. How her luggage got there remains a mystery.

An officer called Samantha’s mother about the discovery, and she was finally able to file a missing persons report.

In early 2006 her mother began searching Jane Doe’s on the internet, hoping to find her daughter.

During March 2006, Samantha’s mother went through sketches of unidentified found remains on the missing persons website Doe Network. She came across a picture of a woman who bore a resemblance to her daughter.

The woman identified as Jane Doe #17-05 with straight hair was found in San Bernardino County, California. While Samantha had curly red hair and trademark freckles on her face, the clothing description matched exactly what she liked wearing.

In April 2007, the woman was eventually identified as Samantha Bonnell, with the help of the San Bernardino County Coroner’s Office and Doe Network.

On the evening of September 24, 2005, Samantha was struck by at least two vehicles while attempting to cross a busy stretch of Interstate 10 in Montclair, California.

The spot was close to the theater where she was last seen. She was not carrying identification or any personal belongings except for the clothing on her back.

Samantha had remained unidentified as Jane Doe #17-05 for 19 months, and was buried by authorities in a county cemetery on April 5, 2006, two weeks before she was positively identified. Her mother later had her remains moved to Oregon.

The San Bernardino County Sheriff’s Department ruled out foul play in her death. They believe Samantha wound up in the middle of the interstate by accident and was fatally injured.