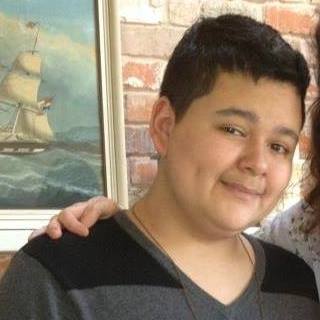 17 year old Rudolph Farias IV was last seen in Houston, Texas on March 6, 2015. He disappeared after leaving his home to walk his two dogs.

At the time of his disappearance, Rudolph was described as a reserved teen who had gone through a lot over the past couple of years.

In 2001, Rudolph’s older brother died in a motorcycle accident. In 2014, his father, a Houston police officer, committed suicide from a self-inflicted gunshot wound near the Houston Police Department’s headquarters.

Rudolph lived with his mother in a house near Tidwell and Park drive in Northeast Houston, Texas.

Several hours later, one of the dogs returned home, but Rudolph was nowhere to be seen. The second dog came back the next morning. Both of them were missing their leashes.

Rudolph Farias IV never returned home, and has never been heard from again.

According to his family, Rudolph had attempted suicide in the past. He was suffering from depression, PTSD, and anxiety for which he was taking medication.

At the time of his disappearance, Rudolph was possibly disoriented and might have stopped taking his medication. According to his mother, Rudolph was very wary of strangers.

His asthma inhaler was found by authorities in an empty field where Rudolph usually walked his dogs.

Police found no evidence, means, or motive for foul play in Rudolph Farias IV’s disappearance. There are currently no promising leads in his case.

The circumstances of Rudolph’s disappearance remain unclear, and his case is currently classified as missing. His case remains unsolved. 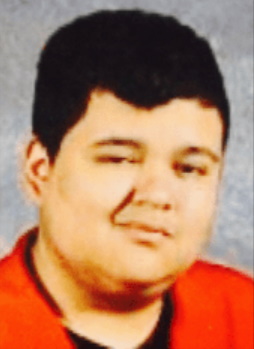 Distinctive Physical Features:
Rudolph has dimples on his face. He has an injured right leg and walks with a slight limp.

If you have any information regarding the disappearance of Rudolph ‘Rudy’ Farias IV please contact the Houston Police Department at (832) 394-1872. 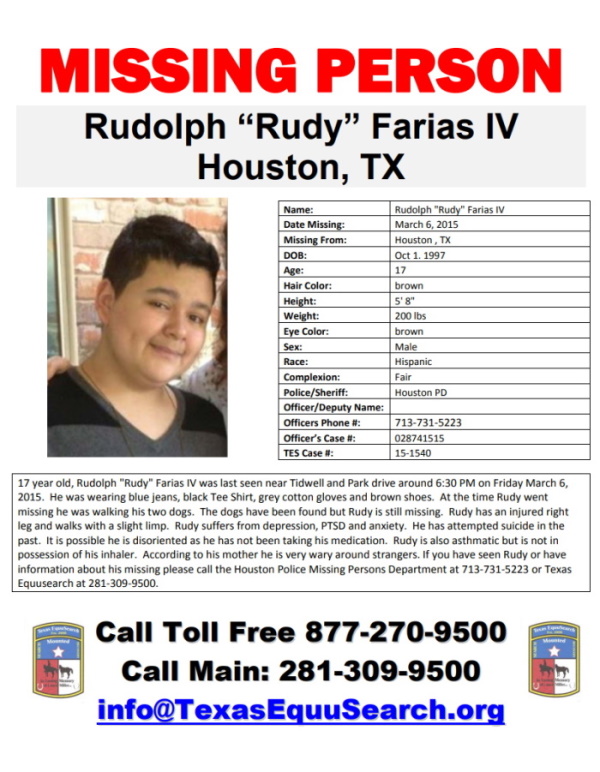