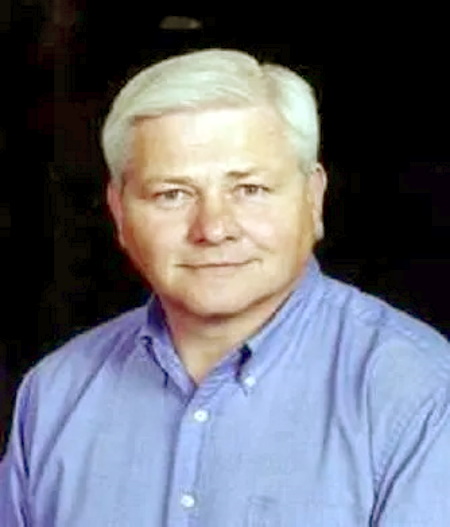 61 year old Royal “Scoop” Daniel III was last seen in Breckenridge, Colorado on April 27, 2007. He disappeared from his law firm after calling 911 and hanging up on dispatchers.

Royal “Scoop” Daniel III was born in 1945 in Pittsburgh, Pennsylvania. He was divorced and had eight children.

Daniel graduated from Yale University and obtained a law degree from the University of Virginia. For years he practiced with several firms in Washington D.C. before founding The Daniel Law Firm with a partner in 1990.

During his time in Washington D.C., Daniel frequently traveled to Brazil for business as he specialized in international Brazilian commerce. As a result, he spoke the Portuguese language fluently.

In 1994, Daniel divorced his wife with whom he had eight children. He moved his firm from Washington DC and settled in the mountain town of Breckenridge, Colorado.

In Breckenridge, Daniel was a respected local real estate attorney and an active member of the community. He also donated his time doing pro-bono work for West African immigrants in the community applying for green cards.

Daniel was an active member of Father Dyer United Methodist Church, where he served on the worship committee and administrative council. He played guitar in the church’s contemporary band, and sang in the regular choir.

On the evening of April 26, 2007, Daniel attended a fundraiser in Breckenridge. He socialized with guests at the event and nothing seemed out of the ordinary.

On April 27, 2007, a co-worker arrived at The Daniel Law Firm at 8:30 am, located in the Professional Building on 130 Ski Hill Road in Breckenridge, Colorado.

He found a pot of coffee brewing and Daniel’s dog in the office. Inside his office an empty cereal bowl was found on the table; a pen and a pair of sunglasses with a broken arm were left on the floor.

Daniel never showed up for work, and has not been heard from since.

By 3:00 pm his co-workers became concerned when he failed to show up for two appointments, and soon filed a missing persons report with the Breckenridge Police Department.

Around 7:48 pm, a 911 call was made from Daniel’s cell phone. When a Summit County dispatcher answered there was no one on the line; the call only lasted 9 seconds. The cell phone call location pinged to a cell tower near Daniel’s office.

Police found no sign of foul play upon searching Daniel’s apartment. His 1979 Kawasaki motorcycle and passport were missing. His dog was left inside his office, and his car was parked in front of the law firm.

On the morning of his disappearance, surveillance cameras at the Professional Building on Ski Hill Road captured Daniel arriving around 5:35 am, but he was not seen leaving.

On May 8, 2007, an arrest warrant was issued for Royal “Scoop” Daniel III on suspicion of class three felony theft. Authorities discovered that he embezzled more than $900,000 from clients that had been intended for real estate transactions.

At the time of his disappearance, Daniel was heavily in debt and had been using the embezzled money to cover expenses for his floundering legal business. He was also behind on child support to his ex-wife in Texas.

On May 25, 2007, Royal “Scoop” Daniel III was suspended from practicing law in Colorado.

On December 7, 2011, Royal “Scoop” Daniel III was found alive in San Diego, California. He was arrested by U.S. Border Patrol agents as he attempted to cross into California from Mexico, using his real passport which triggered the warrant on his name.

Following his arrest, Daniel was held in the San Diego Central Jail on a $175,000 bond, awaiting extradition to Colorado. He was charged with eight counts of felony theft and five counts of commercial bribery.

Financial struggles and life in Mexico

In 2007, Daniel was in financial dire straits and was barely able to keep his business afloat. At some point, the situation drove him to consider suicide, to avoid admitting financial defeat and closing his business.

On the day of his disappearance, Daniel allegedly decided to kill himself by driving off a mountain on Hoosier Pass, between Park and Summit counties, Colorado. He took his passport so that his body could be identified in case the crash caused an explosion.

Daniel initially called 911 for help, but changed his mind and hung up the phone. He left town by boarding a Summit Stage bus to Frisco, Texas before landing in a hotel in southern Mexico.

For the next four years, Daniel reportedly led a hermit life in Acapulco, Mexico and was unaware that an arrest warrant on his name was issued in the United States. He did freelance writing and translation work for website companies.

In 2010, Daniel became eligible to collect Social Security payments from the US government as he turned 65. The Social Security Administration did not suspend his payments as he was not wanted for escape or flight from justice warrants.

On April 19, 2012, Daniel reached a plea deal with prosecutors and pleaded guilty to two charges of felony theft.

Royal “Scoop” Daniel III was sentenced to twelve years in state prison and ordered to pay a total of $462,000 in restitution to his victims.