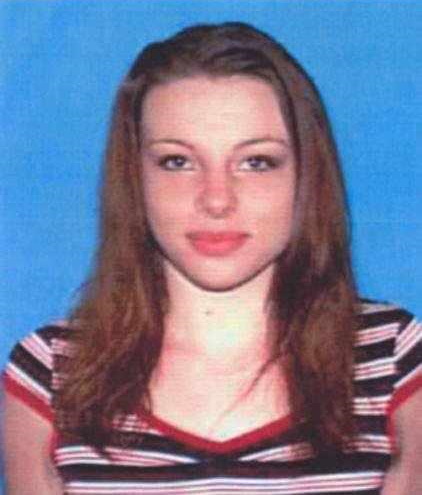 18-year-old Roxanne Paltauf was last seen in Austin, Texas on July 7, 2006. She disappeared after leaving a Budget Inn hotel that evening, following a dispute with her boyfriend.

Roxanne Elizabeth Paltauf was born on January 3, 1988 in Austin, Texas, to mother Elizabeth Harris. She is the eldest of four siblings.

Roxanne attended Kealing Junior High School and McCallum High School. She dropped out in her junior year, and enrolled in a Goodwill job training program. She was studying for her GED in the hopes of becoming a fashion designer.

In the summer of 2004, Roxanne met and began dating then 28 year old Louis Walls. Her mother and friends did not approve of this relationship due to their age difference.

Roxanne lived with her mother in the Cherrywood neighborhood. However, she had made a habit of spending time with her boyfriend at different motels due to her mother disapproving of their relationship.

On July 4, 2006, Roxanne dropped by her mother’s home to pick up some personal items. During the days prior, Walls and Roxanne had been staying at different motels off the interstate near Rundberg Lane.

On July 7, 2006, Roxanne and hey boyfriend, Louis Walls, checked into a Budget Inn hotel at approximately 8:30 pm, located in the vicinity of Interstate 35 and Rundberg in Austin, Texas.

Earlier that day, Roxanne received a call in the afternoon from her mother asking her to join the family for a shopping trip the next day to San Marcos. She agreed, and told her mother she would be home by then.

That evening Roxanne got into a heated argument with her boyfriend and ended up storming out of their motel room, carrying only her identification. When her boyfriend tried to follow after her, Roxanne told him to leave her alone so he went back to the hotel room to cool off.

Roxanne reportedly walked along the service road toward Rund­berg, making a left onto Middle Lane before vanishing from his sight. Growing concerned, Walls went looking for her again twenty minutes later but couldn’t find her.

Roxanne never returned to the hotel room that night and has not been heard or seen from again.

On July 8, 2006, her mother filed a missing persons report to the Austin Police Department upon being informed by the boyfriend that Roxanne was missing.

When police began investigating the case, Walls had already checked out of the Budget Inn hotel, taking Roxanne’s belongings with him when he cleared the room. After leaving the hotel he went to his sister’s apartment, located at the Walnut Creek complex in Austin, Texas.

Roxanne had left behind all her personal belongings at the hotel, including her clothes, some shoes, and a purse containing her wallet, jewelry and cellular phone.

Upon accessing her phone records, police discovered that Walls had used her phone to make over 300 calls around town between July 8 and July 12, 2006, following her disappearance. Calls were made to a series of motels in Austin, local singles chatlines, a strip club, and some of his friends and previous girlfriends.

30 year old Louis Walls had a criminal record for robbery and selling fake crack that dated back to 1995. In March 2008, Walls was also charged with making a terroristic threat against his then-estranged girlfriend and for violating a protective order she had against him

Roxanne told friends that Walls initially lied about his age and told her he was nineteen years old when they started dating, when he was in fact twenty-eight. At one time, Walls had reportedly hit her and seriously damaged her nose.

On May 22, 2019, authorities filed a search warrant for all data records on her phone. Her family previously discovered airtime charges on her phone bill that could possibly indicate roaming charges on the night of her disappearance.

Walls remains a person of interest, but has not been charged in connection with Roxanne Paltauf’s disappearance.

On July 13, 2006, 30 year old Geoffrey Moore was arrested for attacking and attempting to rape an exotic dancer.

Moore had previously picked up the woman, who was with her husband, outside of Perfect 10 Men’s Club. She agreed to a private dance and the three went to Motel 6, located not far from the Budget Inn where Roxanne Paltauf disappeared from.

However, when Moore and the woman entered the room, he locked the door and left the husband outside. Hearing his wife shouting inside, the husband reached for the security guard who managed to get the door open.

Moore fled the scene after the husband began attacking him, leaving behind his wallet and his hearing aid. Inside his wallet the security guard discovered Roxanne’s Texas ID card.

Authorities ultimately dropped charges against Moore for lack of evidence, although it isn’t clear how he came to possess her identification.

Foul play is suspected in Roxanne Paltauf’s disappearance, and both Louis Walls and Geoffrey Moore remain persons of interest in her case.

The circumstances of Roxanne Paltauf’s disappearance remain unclear and her case is currently classified as a missing person. Her case remains unsolved. 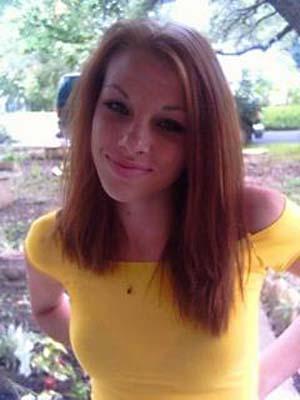 Distinctive Physical Features:
Roxanne has a pierced navel and double piercing on her ears. She has a mole on the right side of her neck and a quarter-sized scar on her left knee. She has previously fractured her nose and one of her upper front teeth is false.

Clothing and accessories:
She was last seen wearing a pink or peach-colored tank top, light blue shorts and flip-flops.

If you have any information regarding the disappearance of Roxanne Paltauf please contact the Austin Police Department (512) 974-5250, or call the Austin Crime Stoppers tip line at (512) 472-8477.