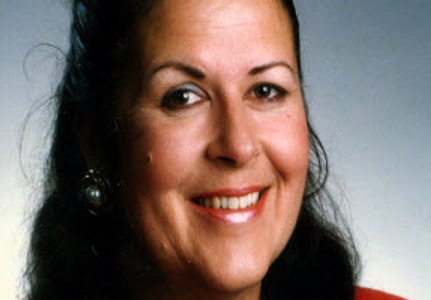 Rosemary Anne Christensen was born on September 1, 1955 in Australia to parents Margaret Lesley and Frank Christensen.

For years, Christensen travelled around the world with her husband, a diplomat from the Dutch foreign service. The couple had two sons together.

In 1996, Christensen moved to the US when her marriage fell apart. She decided to settle in Florida with Robert Glenn Temple, whom she met online.

On July 13, 1997, Christensen and Temple were involved in a domestic violence incident. She suffered a swollen eye and cuts to her face that needed stitches. She declined to assist in his prosecution and Temple was only given a fine.

In August 1997, Christensen and Temple married, about three weeks after the incident. In 1998, they moved to a condominium at 1706 Belleair Forest Drive in Belleair, Florida.

In 1999, Christensen was employed as a real estate agent by Century 21 Beggins Enterprises in Indian Rocks Beach, Florida.

At the time of Rosemary Christensen’s disappearance, Temple was having an affair with then 22 years old Lesley Stewart. She was also married and worked alongside him at a telemarketing center.

Temple said he saw her at home that evening, and that she left their condominium between 6:30 pm and 7:00 pm to go out with someone he did not know, and that she never came home.

On August 27, 1999, Temple left with his girlfriend, Lesley Stewart, at 3:00 pm for Decatur, Illinois to visit family members. He tried to call Christensen but couldn’t reach her.

On August 30, 1999, Christensen’s coworkers at the real estate office contacted the Pinellas County Sheriff’s Office when she failed to show up for work.

Inside the couple’s condominium investigators discovered a freshly painted wall in the bedroom, a torn up carpet, and blood stains in an incense box. Her car was parked outside the condominium.

Investigators learned that Christensen consulted an attorney about a divorce shortly before her disappearance. She was also communicating online with a man in South Carolina.

On the morning after Christensen disappeared, authorities discovered through credit card statements that Temple and his girlfriend purchased $73.51 worth of cleaning products, painting supplies, large trash bags, and a storage container from a Walmart in Largo, Florida

In 1974, Robert Glenn Temple pleaded guilty to involuntary manslaughter related to the death of his then girlfriend’s infant son. The 18 month old boy was discovered dead in the bathtub of a Californian hotel room, with wounds and bruises on his body. He served 5 years in prison.

47 year old Temple told authorities that he last saw his wife at their condo on the night of her disappearance. He suggested that she might have disappeared with another man she met online and gone back to Australia.

They lived in a trailer pulled by a pickup truck and moved around the country, stopping in Illinois, Arizona, and California. Temple did not work and was receiving disability checks. Stewart worked intermittently as an apartment manager.

In September 2008, Lesley Stewart contacted police in Silverton, Washington. She said that Temple allegedly threatened to kill her and her daughter with a knife if she didn’t return from a family reunion.

Stewart eventually confessed that she believes Temple killed Rosemary Christensen. In 1999, Stewart went to the condo he shared with his wife and discovered Christensen’s deceased body in a pool of blood on the floor.

Temple told her she accidentally died in a struggle after she tried to attack him with a knife. Stewart was then convinced to help clean up the crime scene and bury the body in a property owned by her father.

On September 8, 2008, Stewart led authorities to Christensen’s whereabouts. Her body was discovered inside a storage container, buried in a wooded area south of County Road 344 along the Suwannee River in Pinellas County, Florida.

Autopsy results showed that Christensen had been stabbed and that she died from sharp-force trauma. The sweater she was wearing contained three slits which were not consistent with having fallen on a knife.

Husband charged with murder in death of Rosemary Christensen

On September 5, 2008, Robert Glenn Temple was arrested in Redding, California on suspicion of making terrorist threats and assault with a deadly weapon.

On September 10, 2008, Robert Glenn Temple was charged with first degree murder in the death of his wife, Rosemary Anne Christensen. Stewart received immunity in exchange for her testimony against Temple.

On July 30, 2011, Robert Glenn Temple was found guilty of first-degree murder in Rosemary Anne Christensen’s death. He was sentenced to life in prison with no possibility of parole.

On December 11, 2018, Robert Glenn Temple died in prison. The cause of death was not listed.