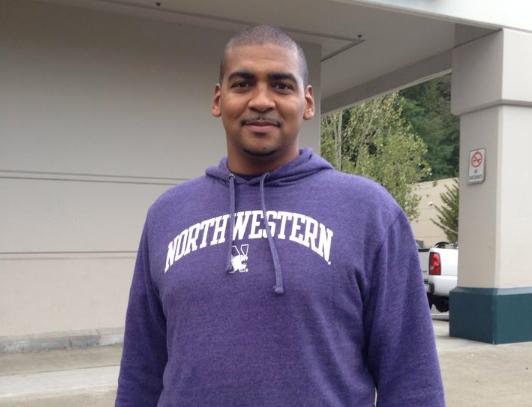 Rico Harris was born on May 19, 1977 in Los Angeles, California, to parents Margaret Fernandez and Henry Harris, a former semi-professional basketball league player.

As the oldest of four children, Harris grew up in a small two-bedroom duplex in the suburbs of Alhambra, California, after his parents divorced. With his mother struggling with a full-time job as a caregiver for elderly people and an absent father, Harris was said to be the “glue that held the family together”.

Described as a gentle giant, he has a passion for basketball that he inherited from his father, and wanted to pursue a professional career as a basketball player.

Harris graduated from Temple City High School in California, and went on to attend Arizona State University before transferring to Los Angeles City College where he won his first state college title in the 1997 California Community College state championship.

In the spring of 2000 Harris joined the Harlem Globetrotters, an exhibition basketball team. His professional career ended after two months due to intense headaches he suffered after receiving a head injury from a fight off court.

Between 2000 and 2007, Harris returned to live in Alhambra with his family. With no prospects of jobs beside playing basketball, he soon fell into alcohol and drug abuse.

Harris checked himself into the Salvation Army Adult Rehabilitation Center in downtown Los Angeles after a prescription drug overdose in 2007. He slowly recovered and started to rebuild his life.

Harris got a job working private security detail in the nearby city of Bell, moved into an apartment near downtown Los Angeles with a roommate, and began a long distance relationship with Jennifer Song in 2012, who lived in Seattle.

In September 2014, following a dispute with his roommate, Harris moved to Seattle, Washington. He planned to permanently settle in with his girlfriend and start a new life.

On October 9, 2014, Harris drove to Alhambra in order to reconcile some issues he had with his family. At the family home, Harris took one of his brothers out for dinner, spoke with his mother, and retrieved a few mementos before heading back home.

At approximately 1:00 am on October 10, Harris left Alhambra with some personal belongings to embark on a 1,100 mile trip back to Seattle on Interstate 5. The next day, Harris had a scheduled job interview with a real estate appraisal company in Seattle.

As he was driving along Interstate 5 Harris called his mother, spoke with his brother, and sent a text confirming his job interview.

Records show that Harris stopped at a gas station in Lodi, located 40 miles south of Sacramento, at 8:00 a.m to refill his tank.

After making a wrong turn, he turned around and passed north through Sacramento, ending up on Route 16, until he was in the Capay Hills. When the sun came out, Harris found a rest stop and pulled over.

His girlfriend who called to check on him said Harris sounded tired. She was concerned for his state of mind since he had been awake for nearly 36 hours.

At 10:45 a.m, Harris called his girlfriend from the Sacramento area and left a voice-mail saying that he was going “up into the mountains to rest”. His phone was turned off at 11:15 am, and Harris has never been heard from again.

When Harris did not return home to Seattle that evening, his girlfriend grew concerned and called his mother.

On October 14, 2014, his mother filed a missing person’s report to the Alhambra Police Department after a sheriff’s deputy contacted her about Rico’s abandoned car being discovered in Yolo County, about 450 miles north of his Alhambra home.

Upon searching the locked vehicle, officers discovered Harris’s wallet, credit cards and various papers scattered around, but Harris was nowhere to be seen. There were also two plastic bottles found, one empty and one half full, both smelling of alcohol.

There was no cash in the wallet, and his new Washington state driver’s license was missing. The vehicle was out of gas with it’s battery nearly dead.

His backpack and cellphone were located two miles from Lower Site, where the vehicle was discovered. Upon searching the phone, investigators found pictures of the creek and some selfies of Harris.

They also discovered some videos that seemed unintentionally captured of Harris singing out of tune to music playing in his car, and casually flinging the contents of his wallet and CDs across the car.

An extensive search around the hills and creek along Route 16 where his car was found were conducted by search and rescue teams with the help of search dogs and helicopters, but turned up no sign of Harris after more than three days of searching.

An eyewitness claims to have seen Harris sitting on a guardrail overlooking the creek at 5:30 a.m on October 11, 2014. The guardrail was about 500 yards from where his phone and backpack were found. A tipster further claimed to have spotted Harris walking alongside Route 16 at around 8:00 a.m that day.

On October 19, 2014, authorities spotted a trail of size 18 sneakers a few yards south of where Harris’ car was discovered. Eyewitnesses claimed to have spotted a large man in the early morning hours of October 18. The man was described as wearing light-colored pants, in the same style as Harris was wearing when he left Alhambra.

Dean Nyland, the detective who worked on his case, speculated that Harris might have decided to take a nap in the parking lot of Lower Site that day. When he woke up later, he wandered the area for a few days over unresolved issues from his past and the prospect of a new life in Seattle.

Upon finding his car gone when he returned, Harris might have walked away into the woods or towards another town.

The circumstances of his disappearance are unclear, and his case is currently classified as a missing person. His case remains unsolved. 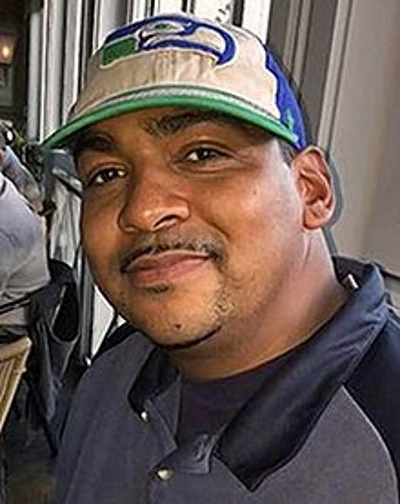 Harris was wearing a pair of white jean pants and a gray thermal shirt when he went missing.