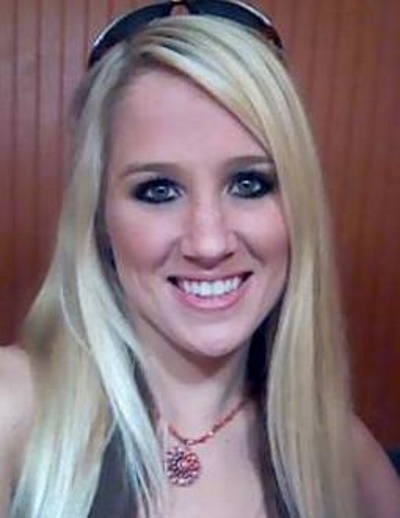 26 year old Rebecca Henderson Paulk was last seen in Meridian, Mississippi on September 8, 2015. She disappeared after leaving her parents’ home in Demopolis, saying she would be back.

Paulk graduated from Demopolis High School in Linden, Alabama in 2007. She attended college to study nursing while working at the New Orleans Bar and Grill in Demopolis.

In April of 2015, Paulk began working as a service master contractor for the Rock-Tenn Mill Company in Demopolis. She lived in Linden, Alabama, within close proximity to her family in Demopolis.

On September 7, 2015, Paulk went to visit her parents’ home in Demopolis, Alabama. At approximately 7:00 pm she left their house, telling her mother that she would be back, without saying where she was going.

Rebecca Henderson Paulk never returned home, and hasn’t been heard from since.

On September 9, 2015, her parents grew concerned when they couldn’t contact her. They filed a missing persons report with the Lauderdale County Sheriff’s Department upon learning that her vehicle was found abandoned near the Alabama border.

On September 9, 2015, a passerby reported a 2006 Honda Civic Del Sol abandoned in a ditch in the Whynot community, about twenty miles away from Meridian, Mississippi.

Inside the car, police found Rebecca Henderson Paulk’s personal belongings, including her purse, laptop computer, and iPad. A few days later, her cell phone was found in a wooded area about a mile from the car.

A search of the area by deputies and canines yielded no additional clues as to Rebecca’s whereabouts. Her mother stated she doesn’t know how or why Rebecca ended up in Whynot, as she’d never heard of the place.

On September 24, 2015, John Bentley Poisso Jr. was arrested on misdemeanor charges of trespassing and disturbance of family, unrelated to Rebecca Henderson Paulk’s case.

On September 26, 2015, authorities executed a search warrant on his property off Old Wire Road in Meridian, Mississippi, but found no evidence linking him to her disappearance.

John Bentley Poisso Jr. has not been charged in Rebecca’s disappearance, and was not officially designated as a suspect. He has been arrested in the past for possession of drugs, receiving stolen property, assault, and felon in possession of a firearm.

Police found no evidence, means or motive for foul play in Rebecca Henderson Paulk’s disappearance. There’s currently no promising leads in her case.

A $20,000 reward is being offered by her parents for any information leading to the location of Rebecca Henderson Paulk.

The circumstances of Rebecca Henderson Paulk’s disappearance remain unclear, and her case is currently classified as missing. Her case remains unsolved. 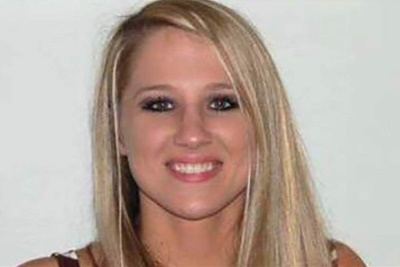 Distinctive Physical Features:
Rebecca has a tattoo of a fairy on her right torso, the letters “RC” on her bikini area, and the word “Love” with some designs on her left wrist

If you have any information regarding the disappearance of Rebecca Henderson Paulk please contact the Lauderdale County Sheriff’s Department at (601) 486-4952 or (601) 482-9806.