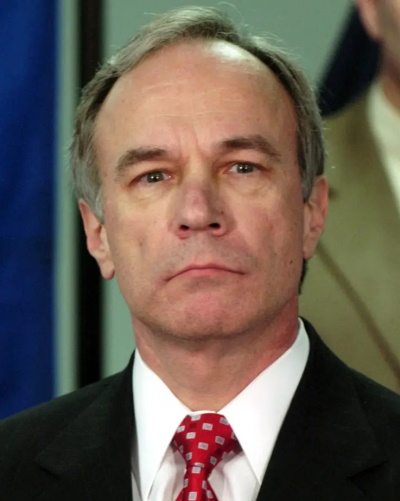 59 year old Ray Gricar was last seen in State College, Pennsylvania on April 15, 2005. He disappeared after telling his girlfriend he was taking a short drive toward Lewisburg in Union County.

Ray Frank Gricar was born on October 9, 1945, in Cleveland, Ohio and grew up in the city’s Collinwood neighborhood.

Gricar attended high school at the Gilmour Academy. He met his first wife, Barbara Gray, during his time at the University of Dayton, Ohio. The couple married in 1969 and they adopted a baby girl named Lara in 1978.

Gricar later studied law at Case Western Reserve University School of Law in Cleveland, Ohio where he obtained his Juris Doctor degree. After graduating, Gricar began his legal career in Ohio as a prosecutor for Cuyahoga County, specializing in prosecuting a series of high-profile cases.

In 1979, Gricar left Cleveland and moved to State College, Pennsylvania when his first wife was hired as a professor at Pennsylvania State University. For more than a year, Gricar was a stay-at-home dad to their young adoptive daughter before returning to work as an assistant prosecutor in Centre County.

In 1991, Gricar and his wife divorced after twenty-two years of marriage. He married again in 1996 but the marriage ended in divorce in 2001.

In 2002, Gricar began dating girlfriend Patty Fornicola, who was also an employee of the Centre County District Attorney’s office. He later moved into her childhood home on Halfmoon Hill in Bellefonte.

During his tenure, Gricar was described as a hands-on prosecutor who was dedicated to his work. In 2004, he announced he would not seek re-election and would be retiring by December 2005, shortly after his 60th birthday.

At 11:30 am, Gricar called his girlfriend, Patty Fornicola, on his cellular phone and told her he was driving down Route 192 toward Lewisburg in Union County, Pennsylvania and wouldn’t be home in time to feed their dog.

Later that day, his girlfriend returned home from work but Gricar was nowhere to be seen. She went to the gym but found him still missing upon her return.

Gricar never returned home that night, and has never been heard from again. His girlfriend filed a missing persons report to the police at 11:30 p.m.

Since his disappearance, there has been no activity on his bank accounts, credit cards, cellular phone, or email.

Investigators found no luggage, clothing, or other belongings missing from his home. His county-issued laptop computer disappeared with him, but the laptop’s case and power source were left behind.

On the day of his disappearance, several witnesses reported seeing a man matching Gricar’s description with an unidentified woman at an antiques market in Lewisburg.

On April 16, 2005, Gricar’s vehicle was discovered in a gravel parking lot across the Street of Shops antiques mall in the outskirts of Lewisburg near the Susquehanna River, about 45 miles east of his Bellefonte home.

Gricar was nowhere to be found at the scene. Extensive searches on the car provided no evidence of foul play in his disappearance. Authorities searched the river and its banks but found no sign of him.

His county-issued cellular phone, which had been turned off, was found inside the locked car but his laptop, keys, and wallet were missing.

Cigarette ashes and an obvious cigarette smell were found inside the vehicle. Gricar was a non-smoker and reportedly abhorred the habit.

In May 1996, Gricar’s brother, Roy J. Gricar, who was suffering from depression, disappeared from his West Chester, Ohio, home. Before leaving he told his wife he was going out to buy lunch, but never returned.

His car was later found parked along the Great Miami River in Dayton, Ohio. A week later, his body was discovered in the river and the cause of death was ruled a suicide.

In July 2005, Gricar’s county-issued laptop, with the hard drive physically removed, was discovered by fishermen under the Route 45 bridge in the Susquehanna River, several hundred yards from where his car had been found.

Investigators learned that Gricar had previously purchased software to wipe the laptop. It was initially believed that he may have wanted to erase his county-issued laptop computer upon his retirement.

However, the internet history from his home computer also included search phrases like “how to wreck a hard drive”, “how to fry a hard drive” and “water damage to a notebook computer”.

In October 2005, his laptop’s hard drive was found on the banks of the Susquehanna River. Two FBI labs and a data recovery company concluded that the hard drive was too damaged for data to be recovered.

Police found no evidence, means or motive for foul play in Ray Gricar’s disappearance. On July 25, 2011, Ray Gricar was declared legally dead by the Centre County President Judge at the request of a petition filed by his daughter.

Over the years, hundreds of sightings of him have been reported across the country, ranging from Arizona to North Carolina, but none of them have been confirmed.

The circumstances of Ray Gricar’s disappearance remain unclear and his case is currently classified as missing. His case remains unsolved. 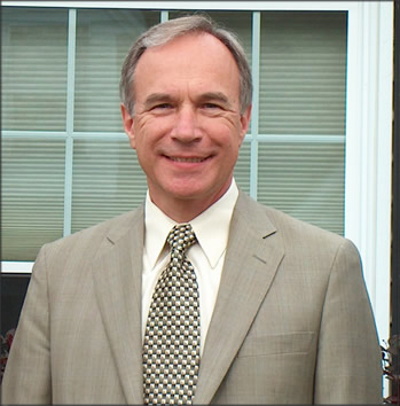 If you have any information regarding the disappearance of Ray Gricar please contact the Bellefonte Police Department (814) 353-2320, or call the Pennsylvania State police tip line at (800) 472-8477.