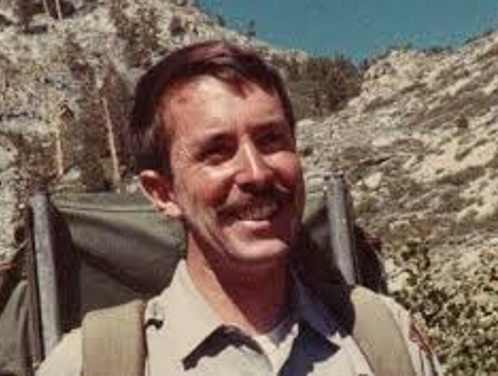 The backcountry ranger disappeared while on a four day routine patrol in the Sequoia & Kings Canyon National Parks.

At the time of his disappearance, Morgenson had served with the National Park Service for 27 years. He was a seasonal backcountry ranger at Sequoia & Kings Canyon National Parks, and was considered the most senior ranger in the High Sierra, California.

Around the start of the 1996 season, Morgenson received divorce papers from his wife of twenty years, Judi. He recently had an affair with a fellow ranger, and this was the consequence.

On July 21, 1996, Morgenson walked away from his remote outpost station, two miles east of Bench Lake, leaving for a routine patrol. He left a note saying he would be away for three or four days.

Morgenson never returned, and has not been heard from again.

On July 24, 1996, he was reported missing by fellow rangers when he failed to check in with dispatch at the regular time following the first day of the patrol.

Nearly 100 rescue personnel conducted an extensive search for Morgenson in an eighty square-mile radius of Bench Lake Basin with helicopters scanning from above, and trained dogs sniffing the ground. After seven days of searching, no signs of Morgenson were found.

On the day of his disappearance, two hikers witnessed Morgenson on the John Muir Trail. He was reportedly in good spirits and even encouraged them to continue their trek over the next daunting pass.

Some speculated Morgenson left the park to start a new life, but bank records showed no withdrawals and his credit cards were unused. Morgenson had recently separated from his wife in Arizona, and the trauma in his life may have had an effect on his state of mind.

Morgenson’s car was also found where he had parked it. His service revolver, a .357 magnum, was found locked in a drawer in his cabin.

Skeletal remains found near a creek in the Window Peak drainage

In July 2001, skeletal remains were discovered in a remote trailless area along a creek northeast of Window Peak drainage within Kings Canyon National Park. Dental records positively identified the remains to be that of Randy Morgenson.

Rangers also discovered a tattered shirt with Morgenson’s badge and name tag, a backpack, and a boot with a leg bone protruding from it. A functioning, park-issued radio was discovered resting on top of the falls.

The investigation indicated that he likely fell through a snow drift and broke his leg while crossing a creek, dying of associated injuries and hypothermia. His remains were then washed down the creek into a small cascade where they were hidden in the rocks for years.