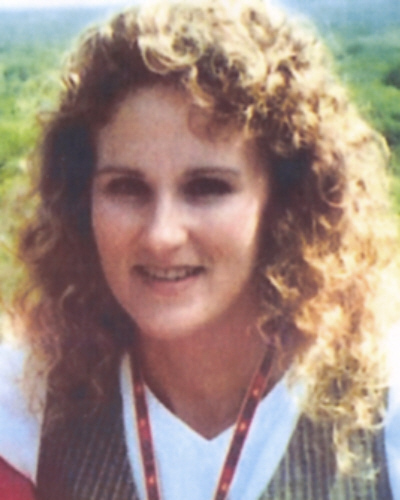 32 year old Patty Vaughan was last seen in La Vernia, Texas on December 25, 1996. She disappeared from her house on Christmas following an argument with her estranged husband.

During that time, the family moved to several cities including Portland, Maine; Athens, Georgia; and Stafford, Virginia, due to her husband’s work in construction.

In December 1990, the family settled down in La Vernia, Texas, a small community about 25 miles east of San Antonio. Patty was a stay-at-home mom, a devout Christian, and enjoyed singing in her church choir.

In October 1996, Patty and her husband began a six month trial separation when their marriage began to fall apart. During that time J.R. moved into an apartment in San Antonio, Texas.

Patty remained with her three children at the couple’s residence on Oak Park Road in La Vernia, Texas. She returned to working as a secretary at Quinney Electric, a local electric company.

In December 1996, she reconnected with a former boyfriend, Gary, who had recently divorced.

On December 24, 1996, Patty brought her children to a family gathering during Christmas Eve. Her new boyfriend Gary also came along, and she introduced him to her family for the first time.

On December 25, 1996, Patty had planned to let her husband come over to celebrate Christmas with the kids. That evening she would then drop them off at her cousin in San Antonio, as she planned to go on a date with her boyfriend.

That morning, Patty and J.R. got into an argument about her newfound romantic relationship. In the early afternoon her sister, who was living in Georgia, called her on the phone. Patty was said to be distraught and crying.

When family members attempted to visit her they were told by J.R. that Patty was in her room and wasn’t feeling well. He subsequently dropped their three children off with his sister for the night.

According to her husband J.R, their argument later blew up during the evening. Patty reportedly stormed out of the house around 6:30 pm, grabbing her keys and purse, and drove off in her minivan.

Patty never returned home and has not been seen since.

On December 26, 1996, Patty’s cousin filed a missing person report with the Bexar County Sheriff’s Office when she couldn’t contact her.

On the same day, her blue 1991 Dodge Caravan with Texas license plates was found abandoned with a flat tire on the shoulder of Texas State Highway Loop 1604 in South Bexar County, located about five miles from her workplace, Quinney Electric, and fifteen miles from her home.

On December 27, 1996, police began investigating the van and found traces of blood around the backseat and the van’s sliding door. The driver’s side front tire appeared to have been intentionally deflated and the carpet had been shampooed.

A pile of clothing was found inside the vehicle, including a red workman jumpsuit usually associated with clothes worn by an auto mechanic or plumber. It had an emblem with the letters JM in white on the back. Her keys and purse were never recovered.

On December 29, 1996, investigators found blood evidence inside her residence using the chemical substance Luminol. Strong reactions were found on the walls, floor and closet of her bedroom. Traces of blood were also discovered in the master bathroom and on a mop inside the house.

DNA testing determined that the blood found inside the house and her vehicle belonged to Patty. In 2012, additional testing pointed DNA recovered from undisclosed items found in the van to an unknown female.

Following Patty’s disappearance, her boyfriend went to the police station and submitted to a lie detector test, and was cooperative in the investigation.

He provided an alibi for Christmas Day and helped with the search. He later died in a car accident and was not considered a suspect.

On December 26, 1996, J.R. moved back into the house he had recently vacated and filed for divorce, on the same day Patty’s van was found.

During the investigation, J.R. told police that Patty left the house alone on the evening of December 25, 1996. He believed she left him deliberately and denied any wrongdoing in her disappearance.

He subsequently became less cooperative with the investigation, refusing to take a lie detector test and hiring a defense attorney right away. J.R. also initially refused to allow his children to submit DNA to aid in the search.

On February 10, 1997, Patty’s mother was arrested for breaking into J.R.’s home and beating him with a baseball bat. She was charged with burglary of a habitation and assault with a deadly weapon.

In 2005, J.R. had Patty declared legally dead, allowing him to collect her life insurance. Her family filed a civil wrongful death suit in response and a judge ruled that the insurance money would be held in trust for the couple’s children.

J.R. later moved out of the state and now resides in Colorado. He lives with his three children and reportedly changed his name.

Foul play is strongly suspected in Patty Vaughan’s disappearance and authorities believe she was the victim of homicide. In 2005, she was declared legally dead by the court.

The circumstances of Patty Vaughan’s disappearance remain unclear and her case is currently classified as homicide. Her case remains unsolved. 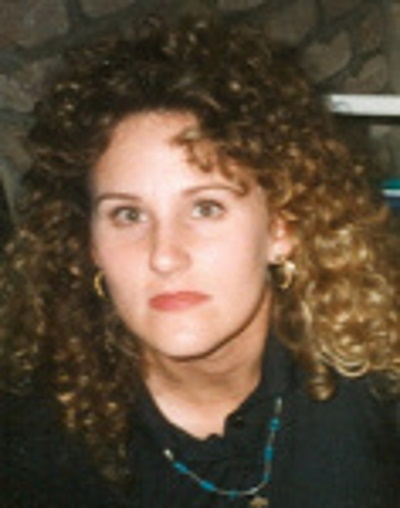 Distinctive Physical Features:
Patty has pierced ears. She has a small mole on the right side of her chin and an appendectomy scar on her abdomen.

Clothing and accessories:
Patty was last seen wearing a cream-colored blouse, black slacks, a bracelet, a gold watch, a gold ring with a shell design on her right hand, a necklace with a heart-shaped diamond pendant, diamond stud earrings, a wedding band and possibly a thumb ring.

If you have any information regarding the disappearance of Patty Vaughan please contact the Bexar County Sheriff’s Office at (210) 335-6000 or (210) 335-TIPS.