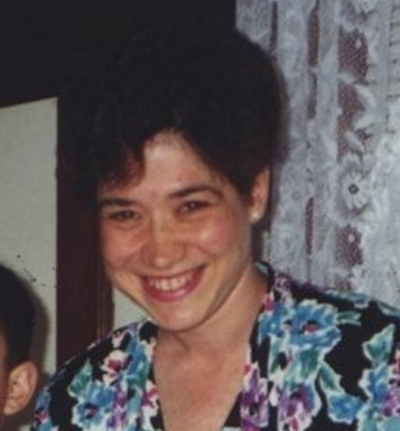 42-year-old Patricia Viola was last seen in Bogota, New Jersey on February 13, 2001. She disappeared from her house without a trace, the day before Valentine’s Day.

Patricia Viola was born on August 18, 1958, to parents Lucille and John Marri.

She married her husband James Viola in 1986. They have a daughter and son together. The family lived in a residence on Chestnut Avenue in Bogota, New Jersey. Viola was a stay-at-home mother.

At the time of her disappearance, Viola suffered from epilepsy and couldn’t drive because she had suffered a recent bout of seizures.

On February 13, 2001, Viola left home around 8:30 am to spend some time volunteering at the E. Roy Bixby School library, located two blocks from her home.

Her husband left for work that morning and her two kids were attending school. After leaving the library around 11:30 am, Viola returned home and picked up a phone message her mother had left her at 12:30 pm.

The home security system log showed that the house’s alarm was reset around 1:10 pm. Viola was nowhere to be seen when her husband returned around 4:30 pm, and she has not been heard from again.

At first her husband thought she had grabbed some money and went shopping for a gift at the nearby mall since it was the day before Valentine’s Day. But when she didn’t return that evening he knew something was wrong and filed a missing persons report to the Bogota Police Department.

Patricia left her epilepsy medication, purse, money, cellphone and her keys at home. Detectives searched the area with helicopters, boats and dogs, but no trace of Patricia was found.

Her husband canvassed the neighborhood with fliers, but to no avail.

On July 27, 2002, skeletal remains of a left foot were discovered by a beachgoer on Rockaway Beach off 123rd Street, Queens. The beach was located about 33 miles from Viola’s home. It was found alongside a shoe and sock that had washed up on the beach.

DNA samples were taken and the remains were later buried on Hart Island in 2005. In 2009, New York sent the DNA sample to the CODIS (Combined DNA Index System) lab in in West Texas.

Remains identified as those of Patricia Viola

On September 12, 2012, the remains were positively identified as belonging to Patricia Viola by the New York City Medical Examiner’s Office. The cause of death is still unknown.

The circumstances of Patricia Viola’s disappearance remain unclear, and is classified as a homicide. Her case remains unsolved.

In 2008, “Patricia’s Law” went into effect in New Jersey which enforces police officers to accept missing person reports immediately and begin investigating. If the person is still missing after 30 days, DNA samples should be secured from the family and entered into national databases.

If you have any information regarding the disappearance of Patricia Viola please contact the Bogota Police Department at (201) 487-2400.