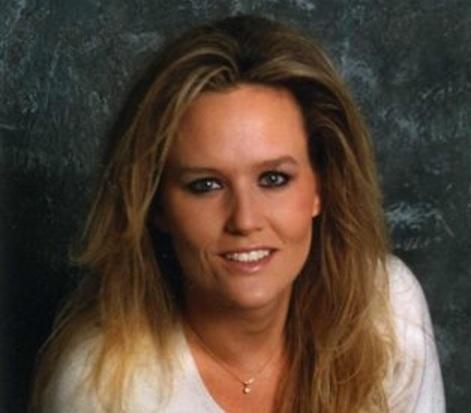 29-year-old Patricia Adkins was last seen in Marysville, Ohio on June 29, 2001. She disappeared shortly after leaving her workplace at a Honda factory.

Patricia Adkins was born on May 4, 1972 and lived in a quiet subdivision of Marysville, Ohio, with her 7-years-old daughter. She divorced her ex-husband several years prior to her disappearance, and they maintained a good relationship for the sake of their daughter.

For a decade, Adkins worked at the Honda of America automotive plant in Marysville, Ohio. She was a second-shift assembly-line supervisor and was in line for a promotion.

At the time of her disappearance, Adkins was in an on-and-off relationship with a co-worker who she had been seeing for several years. The man was married, but she told her friends and relatives that he planned to leave his wife to be with her.

Over the course of three years, Adkins had given him approximately $90,000 from her savings, her retirement account, and loans. He told her that if he was going to leave his wife, he needed the money to buy out the share from a jointly owned side business they had before the divorce.

Shortly before her disappearance, Adkins told family and friends about her vacation plans during the shutdown week with her boyfriend after work on June 29, 2001. She mentioned a few possible destinations, including a trip to a remote cabin in Canada.

Adkins told friends and family that she wouldn’t be able to call home once they arrived because there was no phone service. Her boyfriend also said not to pack anything as they’re going to buy anything they need once they arrive at the location.

She arranged for her sister to watch her seven-year-old daughter while she was gone, and told her she would pick her up by July 8, 2001.

On June 29, 2001, Adkins took her golden retriever and cats to the kennel in the early afternoon. She later caught a ride to work with a coworker to the Honda of America automotive plant in Marysville, Ohio.

Adkins clocked in at the Honda plant at 3:06 pm and worked her full shift. The automobile plant had planned a shutdown week starting that night to give employees a vacation to celebrate the 4th of July holiday.

Shortly after midnight, Adkins clocked out of her shift and headed into the parking lot in her white Honda of America uniform to meet up with her boyfriend. She carried a small, teal-colored duffel bag that allegedly held something new from Victoria’s Secret in blue, her boyfriend’s favorite color.

Adkins has previously told friends that her boyfriend instructed her to hide under the tarp cover of his pickup truck for awhile, as he needed to give a ride home to another co-worker before their trip to Canada.

Adkins never returned home from her supposed vacation and has not seen nor heard from again.

On July 8, 2001, her sister filed a missing persons report with the Marysville Police Department after she failed to come pick up her daughter at noon.

The bag and the clothes that Adkins had been carrying were never found. Her vehicle, a Honda Accord, was left behind in her garage, and all her belongings were found undisturbed inside her house. There’s been no activity on her financial accounts since she went missing.

On July 10, 2001, police interviewed the boyfriend whose name has not been released publicly. He denied any relationship or involvement with Adkins. He said they were only acquaintances and they had no plans to go on vacation together, nor did he ever have an affair with her.

On July 13, 2001, police searched his property and discovered a couple items in the house that circumstantially validated the story about their relationship, including a t-shirt and a phone that Adkins had gifted him.

They also found a letter Patti had written to him, describing their relationship and how much she wanted to be with him.

While police could not find Adkins’s DNA in the bed of his truck, they noticed a new tonneau truck cover in the garage which he had purchased on June 26.

Forensic analysts examined the truck cover and discovered a few cat hairs that Adkins’s veterinarian confirmed belonged to her cats. They also found a single spot that tested positive for blood. As the amount was too small, authorities are awaiting technological advances to test it for further analysis.

The boyfriend, and the coworker who left work with him on the night Adkins disappeared, told police they drove 30 miles in the direction of Canton, Ohio. They stopped at a Burger King restaurant to get some food and waited 45 minutes in the drive-through line before going home.

However, the Burger King manager said the restaurant wasn’t busy that early in the morning. It was unlikely for customers to have waited 45 minutes in the drive-through to get their food.

The boyfriend’s wife corroborated his story and said her husband arrived home at 2:30 am. She also denied knowing anything about an affair and said he was home during the shutdown week.

The boyfriend took a lie detector test which he failed. Shortly after Adkins’s disappearance, he quit his job at the Honda plant.

He did not have a criminal background, and he is still married and with his family. He remains a person of interest in the case but has not been charged.

Foul play is suspected in Patricia Adkins’s disappearance and authorities believe she was the victim of homicide. In 2006, Adkins was declared legally dead by her family.

The circumstances of Patricia Adkins’s disappearance remain unclear and her case is currently classified as missing. Her case remains unsolved. 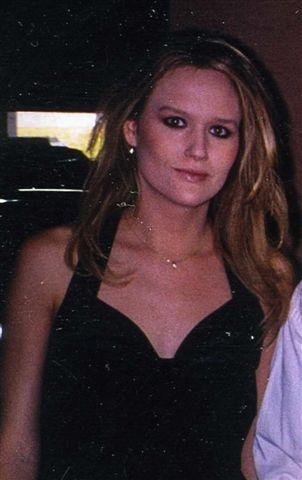 Physical Description:
Caucasian female born on May 4, 1972 with blonde hair and hazel eyes. She is 5’8 tall and weighs 120 pounds. Her nickname is Patti.

Distinctive Physical Features:
Her navel and ears are pierced. She has a tattoo of bluish-green flowers placed horizontally on her lower back.

Adkins has had corrective laser surgery to her vision.

Clothing and accessories:
She was last seen wearing steeled-toed sneakers and an all-white Honda work uniform consisting of pants and a long-sleeved shirt with two red outlined patches on the upper chest. One of the patches says “Patti” and the other says “Honda of America.”

She was carrying a small teal-colored duffel bag, a maroon coin pouch and a keychain with her Honda identification card.