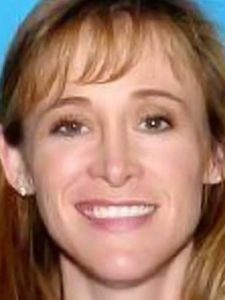 Paige Birgfeld was last seen alive on June 28, 2007. She lived in Grand Junction, Colorado. She had met up with her ex husband that afternoon a few hours away, and called him on her way back home that night around 9pm. She was only a few miles away from her home when that call was made. She was never seen or heard from again.

Three days later her Ford Focus was found burning in a business parking two miles away from her home. The fire had been started from the passenger side of the car, and the drivers seat was pushed all the way back, even though Paige was only 5’4. Her day planner was found in the trunk of her car, with the last four days of entries torn out.

A few days later search volunteers found some of Paige’s personal belongings, including her check book and drivers license, strewn along Highway 50, just south of Grand Junction. After tracing Paige’s phone activity police discovered that a man named Lester Jones had called her three times the day she went missing. He was questioned repeatedly about her disappearance, but no definitive proof could be found that he was responsible.

When Paige disappeared investigators were convinced foul play was involved, and that the mother of three wouldn’t have left on her own.

On March 6, 2012 the skeletal remains of Paige Birgfeld were found by a hiker near the Mesa County line. Although investigators couldn’t determine how she died, her cheekbone was found badly fractured.

In November of 2014 Lester Jones was officially charged with her murder. In December of 2016 (after a previous trial that resulted in a hung jury) Lester Jones received a life sentence for Paige’s murder.

Jones was identified as a suspect early on in the case, according to police. He was a client of Birgfeld’s, and according to prosecutors dumped her body in the mountainous region of Delta County after murdering her in 2007.