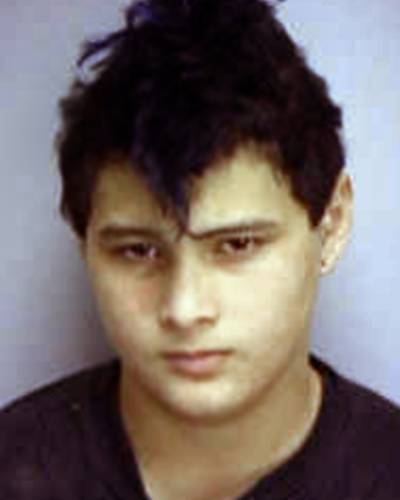 16 year old Oscar Campos was last seen on April 19, 2008 in Antioch, Tennessee. He disappeared after walking into the woods near his house, and hasn’t been seen or heard from since.

Oscar Campos was last seen at 10:30 am on April 19, 2008 at his home on Dory Drive in Antioch, Tennessee. Upset about being disciplined by his parents, Oscar left and walked into the woods near their home. He hasn’t been seen or heard from since.

His mother reported him missing when he failed to come back home.

Oscar has friends in Florida and southern California, and prior to his disappearance he mentioned wanting to go back to California, though authorities believe he may still be in the Nashville area.

At the time of his disappearance he was a student at John Overtone High School.

There’s no evidence to show whether Oscar is alive or dead. Authorities state they have no current leads in his case, but hope someone will come forward with information.

The location of Oscar Campos remains unknown, and his case is classified as an endangered runaway. Authorities believe he left on his own accord, and believe he may still be in the Nashville area.

Oscar was last seen wearing a light blue shirt, black jeans, and had his hair is styled in a purple Mohawk. His left ear is pierced.

If you have any information regarding the disappearance of Oscar Campos please contact the Metropolitan Nashville Police Department at (615) 862-8600, or Nashville Crime Stoppers at (615) 74-CRIME.