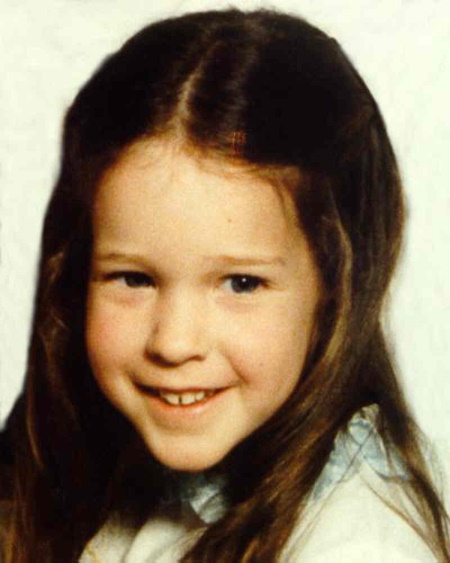 4 year old Nyleen Marshall was last seen on June 25, 1983 in Clancy, Montana. She disappeared while out on a picnic with her family in Helena National Forest located in the Elkhorn Mountains.

Nyleen Marshall was born on September 18, 1978, to parents Billy and Nancy Briscoe.

Her parent’s divorced shortly after her birth, and Nancy later remarried Kim Marshall, who adopted Nyleen and her older brother Nathan. Three years after Nancy & Kim married they welcomed another daughter, Noreen.

At the time of Nyleen’s disappearance the family of five lived in Clancy, Montana.

On June 25, 1983, Nyleen Marshall accompanied her mother and father on a trip to Helena National Forest in the Elkhorn Mountains. They were there attending a picnic with the Capital City Radio Club, which her stepfather was a member of.

Around 4:00 pm Nyleen was playing with some other children near the beaver dams on Maupin Creek.

Younger than the other kids, Nyleen fell behind and sat down by the dams as they walked ahead and continued exploring the area. When the kids turned around a few minutes later Nyleen was nowhere to be found.

Her family contacted authorities upon discovering she was missing.

Over the next ten days extensive searches of the park and along the creek where Nyleen was last seen were conducted.

The FBI joined in the search, as well as cadaver dogs and divers who searched the creeks and ponds in the area, but no sign of Nyleen was found.

The children who were with Nyleen that afternoon reported seeing an unidentified man in a purple jogging suit trying to get Nyleen to play “Follow the Shadow” with him. It’s unknown if he is connected to her disappearance.

Nyleen’s stepfather was questioned and briefly considered a suspect in her case, but was soon cleared.

Her parents were convinced she was abducted, and distributed thousands of missing persons fliers across the country.

In 1990 Nyleen’s case was featured on the television show Unsolved Mysteries which led a viewer to call in, saying they believed Nyleen was one of his classmates.

The classmate he thought was Nyleen ended up being Monica Bonilla, a child who was abducted from her noncustodial father in 1982. She was subsequently returned to her mother after being missing for eight years.

In 1985 someone called the National Center for Missing and Exploited Children a few times, claiming they had Nyleen. Authorities were able to trace the calls to a payphone near a pharmacy in Edgerton, Wisconsin, but the calls stopped once the payphone was identified.

In January of 1986 an anonymous letter was sent to Child Find of America (a missing children’s organization in New York), from a man claiming he had picked up “a girl named Kay” in Elkhorn Park and decided to bring her home.

The letter was postmarked from Madison, Wisconsin, (about 30 miles away from where the anonymous calls had been made) and included details about Nyleen’s case that hadn’t been made public.

The writer claimed to be independently wealthy, living off investment income, and that he had been homeschooling Kay. He said she was well taken care of, and that he loved her so much he couldn’t return her to her family.

He claimed that Kay had accompanied him on may trips to various US states, as well as Puerto Rico, Canada, and Great Britain. Authorities say information from the letter and phone calls suggest Nyleen was a victim of sexual abuse.

The person who wrote the letters and made the phone calls has never been identified, and it’s unclear whether they actually have anything to do with her disappearance.

The location of Nyleen Marshall, and the circumstances regarding her disappearance, remains unknown.

Nyleen’s case is classified as a non-familial abduction and remains unsolved.

Caucasian female born on September 18, 1978 with brown hair and blue eyes. At the time of her disappearance she stood 3’2 and weighed 29 pounds.

She has a mole above her left eyebrow, and her upper left front baby tooth was chipped at the time she went missing.

At the time of her disappearance Nyleen was wearing a yellow t-shirt and shorts with no shoes or socks.

If you have any information regarding the disappearance of Nyleen Marshall please contact the Jefferson County Sheriff’s Office at (406) 225-4075.