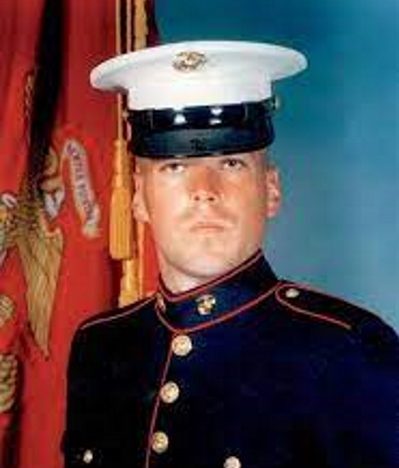 30-year-old Noah Pippin was last seen in Helena, Montana on September 15, 2010. He disappeared while hiking in the Bob Marshall Wilderness Area south of Glacier National Park.

Noah Hooper Pippin was born on March 10, 1980 in Memphis, Tennessee to parents Michael and Rosalie Pippin. Raised along with his two younger brothers in a religious Protestant household in Memphis, the family moved to an old farmhouse in northern Michigan in 1998.

Pippin graduated from Suttons Bay High School in 1998 and attended Central Michigan University with a major in philosophy. Two years later, he transferred to Michigan State University for pre law. Following declining grades, Pippin left college in the summer of 2002 without a degree.

Pippin joined the US Marine Corps in 2003. He had been subsequently deployed with the 1st Marines 5th Battalion to Iraq three times from 2004 to 2006. He was described by his peers as “quiet but always could be relied on to get the job done”.

Pippin returned from Iraq and was honorably discharged in March 2007. Starting his civilian life with little savings, he initially lived in his car for six months in a rest area on the freeway near Camp Pendleton, California.

In December 2007, Pippin moved to San Diego and enrolled at the Los Angeles Police Department who were recruiting former soldiers for academy training. With his military background, Noah was made a squad leader at the academy

After graduating in May 2008, Pippin was assigned as a probationary officer in southeast Los Angeles, and rented a single bedroom apartment in the back of an old house on the southern fringe of Koreatown in Los Angeles, California.

He also signed with the California National Guard as an infantryman. He committed to one weekend of duty a month and two weeks a year as they were offering an incentive enlistment package for anyone with previous military experience.

In June 2010, Pippin quit his job with the Los Angeles Police Department after nearly three years of service. He got rid of his apartment in California and drove to Michigan with a U-haul full of his belongings so that he could store them in his family’s basement.

On August 17, 2010, Pippin arrived at his parents’ home outside of Traverse City in northern Michigan for a week long visit. During his stay, Pippin told them that he quit his job with the LAPD and volunteered to go back on active duty with the California National Guard.

On August 25, 2010, Pippin left Michigan in a cab and went to the airport to get a rental car. He returned the vehicle two days later to the car-rental agency at Kalispell airport in Montana instead of going to California.

On August 29, 2010, Pippin checked into the Mini Golden Inns Motel in Hungry Horse, Montana. He brought groceries at local store and ordered a couple meals from restaurants in the area.

On August 31, Pippin left the hotel in the morning without checking out to begin his journey in the million-acre Bob Marshall Wilderness area, south of Glacier National Park. During his wilderness expedition, he followed along a dirt road of the Continental Divide Trail to the Spotted Bear trailhead and later spent three days at Blue Lakes.

On September 11, 2010, his family grew concerned upon receiving a call from the California National Guard. Pippin had failed to show up for a weekend training drill in San Diego a day earlier, and calls to his phone went straight to voicemail.

On September 15, 2010, Pippin reached the Chinese Wall, a sheer thousand-foot tall ridge that stretches for twelve miles along the Continental Divide in the centerpiece of the Bob Marshall Wilderness area.

That day he came across a group of hunters when he walked into their camp in the morning. They offered him a coffee which he accepted. Later in the afternoon, he encountered a Montana couple hiking in the area and told them he had been on the trail for thirteen days from the city of Hungry Horse, a hundred miles away.

Witnesses recalled seeing him with army fatigues, wearing a nylon poncho over his backpack, carrying a .38 gun, a five-shot revolver with a two-inch barrel, and filling a gallon milk jug out of lower Rock Creek.

The Montana couple offered him dinner and advised him to stay for the night but he reportedly declined and bade them farewell. Pippin set off for the trail along the Chinese Wall and has not been heard from since.

On September 24, 2010, Noah Pippin was reported as a missing person by his family to the Michigan State Police.

Authorities found Noah’s personal belongings left behind at the Mini Golden Inns Motel, including three pairs of pants, a laptop case, a sheet of camouflage netting, and car chargers for his cell phone and laptop. His computer has not been found.

Upon accessing his phone records, police noticed that his cell phone activity stopped on August 31, 2010. Police speculated that Pippin stopped in Montana to do some hiking as a form of rest and relaxation before returning to California as he was set to be on a thirteen month deployment to Afghanistan.

Foul play wasn’t initially considered in Noah Pippin’s disappearance. Authorities believed he had gone hiking and had been overcome by the elements, a fall, a bear, freezing, or starving.

Some speculated that he started a new life and went AWOL from the military to avoid a deployment after three prior tours in Iraq. Suicide was also a possibility as a result of an undiagnosed post-traumatic stress disorder from his military service.

On August 24, 2012, human remains were uncovered by a search crew near the Chinese Wall in the Bob Marshall Wilderness Area south of Glacier National Park.

The body, later identified as Noah Pippin, was found in a boulder crevice at 7,500 feet in a remote area about 18 miles into the wilderness. Authorities believed he was caught in a winter snowstorm and subsequently died from hypothermia.