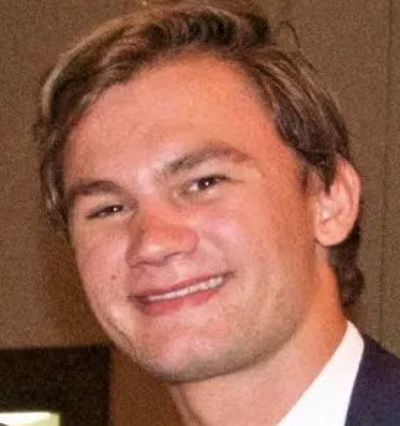 The billboard was placed thanks to a group of volunteers who were able to raise money and negotiate a rental agreement with the owner of a private property, who gave them a good deal compared to what advertising companies would charge.

It was placed this weekend at 2063 North Magnolia Avenue, just north of downtown Luling, and will be up for at least three months.

More than one year after his disappearance, authorities continue to search for the 21 year old who went missing after crashing his car near Luling on the night of December 13, 2020.

The billboard lists the $10,000 reward for information regarding Jason’s disappearance, along with the contact information for the Attorney General’s Cold Case Missing Persons Division, (512) 936-0742, in hopes of generating new leads.

Just after midnight on December 14, Jason’s car was found crashed and abandoned on Salt Flat Road near Luling, about 30 minutes away from his apartment in San Marcos.

The car was found with the lights on, keys in the ignition, and the passenger side door locked, but Jason was nowhere to be seen.

Body cam footage shows an officer inspecting the vehicle, stating “some of his underwear’s got blood on it, but I didn’t see anyone” to another Texas DPS trooper who arrived on the scene to assist.

Investigators believe the crash only involved Landry’s car, and was likely caused by over correcting on a gravel road. His vehicle then spun off the road, hitting a couple of trees and barbed wire fence.

His car was impounded by the Texas DPS troopers who worked the crash report. At 5 am his father, the registered owner of the car, went to the impound yard and found Jason’s cell phone between the driver’s seat and the center console.

His father then went to the scene of the crash and found Jason’s clothing in the road, about 900 feet from the crash site. Investigators believe Jason was wearing the clothing before the crash, and found no signs that they were forcibly removed.

Authorities then found Jason’s backpack, some toiletries, and a tumbler with his dead beta fish inside near the crash site, north of where his father found his clothing.

At 11:24 pm Jason entered the city of Luling on Highway 80 (which then becomes Austin Street), going through the intersection of Hackberry Street. He then stopped using the Waze navigation app and opened snapchat.

At the intersection of US Highway 183 or Magnolia Avenue Landry’s digital footprint stops. His cell signal was still powered on, but it doesn’t appear to have been used since the area of Magnolia Avenue and Austin Street.

Not long after crossing the Magnolia intersection he crashed his car.

31 minutes after midnight on December 14, his car was found crashed and abandoned in the 2300 block of Salt Flat Road.

Authorities are still trying to piece together what happened in the hour period between when his digital footprint stopped and his car was found.

His car was processed for any DNA or blood evidence, but no blood was found inside the car. A single blood spot was found on his clothing, but not enough to point to serious injury.

The Caldwell County Sheriff’s Office has partnered with the Texas Rangers and private investigators in attempting to locate Landry.

Searches of the crash area have been conducted with volunteers, dogs, horses, and drones. A nearby pond was drained in hopes of finding clues as to Jason’s whereabouts, but produced no evidence.

Authorities reviewed hours of video from cameras around Luling without any luck. They’re asking members of the public who have cameras in the area to review footage and provide leads if possible.

Jason Landry’s disappearance is being investigated as a missing person’s case.

Authorities say there are no suspects or persons of interest in the case, and they’ve found no evidence to suggest an unknown person of was involved in the incident. 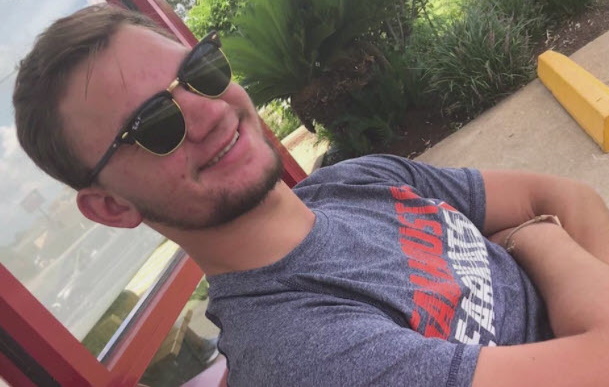 Jason wears eyeglasses, but did not have them with him when he disappeared. He’s presumed to be wearing contacts.

He has acne scars on face, a scar on his left ankle, and a scar on the right side of his neck.