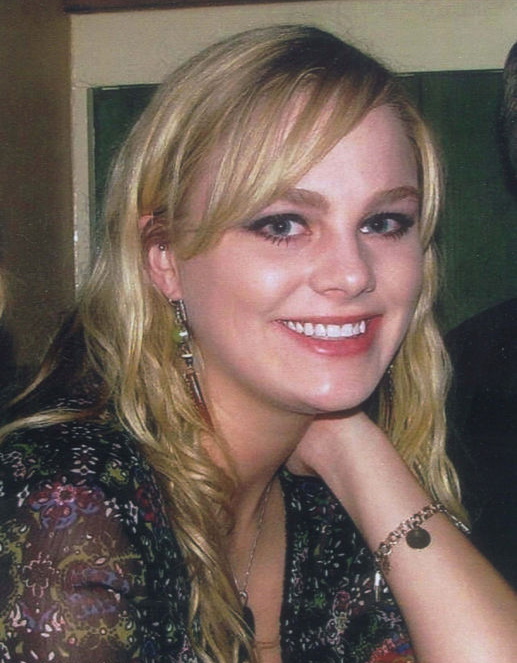 She disappeared from the John Paul Jones Arena while attending a Metallica concert at the University of Virginia in Charlottesville.

Morgan Dana Harrington was born on July 24, 1989, in Charlottesville, Virginia, to parents Dan and Gil Harrington.

Harrington was a junior at Virginia Tech in Blacksburg, Virginia with a major in education. She shared an off-campus apartment in Blacksburg with a roommate.

On the evening of October 17, 2009, Harrington along with three friends drove to the John Paul Jones Arena at the University of Virginia in Charlottesville to attend a Metallica concert.

During the opening act’s performance, Harrington left her friends to use the restroom. When she did not return, they called her cell phone at 8:48 p.m. She told them that she was stuck outside the arena after she was denied reentry by security guards at the exits.

Harrington told them not to worry and said she would find a ride home on her own back to Harrisonburg, an hour away. Harrington never returned to home and has not been heard from again.

On October 18, 2009, her parents filed a missing persons report when she did not show up at her parents’ home to study with her father for a math exam.

On October 18, 2009, her purse containing her identification and battery-less cell phone was discovered by a passerby near the arena, in the overflow parking lot of the university’s Lannigan Athletic Field.

Multiple witnesses on both sides of the Copeley Road bridge reported seeing a woman matching Morgan’s description hitchhiking around 9:30 pm that evening.

In April 2010, forensic testing confirmed that a Pantera t-shirt found outside of an apartment building in November of 2009, about a mile and a half from the arena, was the shirt Harrington had been wearing when she disappeared.

On January 26, 2010, human remains were discovered by a landowner driving a tractor through a hay field on his 700 acre farm in Albemarle County, Virginia, about ten miles from the John Paul Jones Arena.

They were discovered in a remote area of the farm, about a mile and a half away from road access, and were positively identified as belonging to Morgan Harrington.

Harrington’s body presented multiple fractures, including an “incise fracture” on her skull. Her death is being investigated as a homicide.

In 2012, the FBI released a sketch of a man believed to have had contact with Harrington after her disappearance was linked to a 2005 sex assault in Fairfax.

On September 13, 2014, Hannah Graham, a second year University of Virginia student, went missing after leaving an off-campus party. She was last seen in the early morning hours at the Downtown Mall in Charlottesville, Virginia.

On October 18, 2014, her remains were discovered in a wooded area behind a house on Old Lynchburg Road in Albemarle County. The location was about twelve miles from the Charlottesville campus, and six miles from the hay field where Harrington’s remains had been found in January 2010.

On September 24, 2014, 32 year old Jesse L. Matthew was arrested in Galveston, Texas. He was being sought for charges of abduction with intent to defile in the disappearance of 18 year old Hannah Graham.

Matthew was a taxi driver before he got a job at the University of Virginia hospital. Between 2002 and 2003, he was accused of sexual assault twice by students at Liberty University and Christopher Newport University where he was a student. The cases were dropped when the women declined to press charges, and he left school immediately after each allegation.

On September 29, 2014, investigators found forensic evidence that showed Harrington had some sort of contact with Matthew on the night of her disappearance outside John Paul Jones Arena.

On September 15, 2015, Matthew was charged with first-degree murder and abduction with intent to defile in the death of Morgan Harrington by an Albemarle County grand jury. The maximum penalty for each offense is life in prison.

On March 2, 2016, Matthew pleaded guilty to first-degree murder and abduction with intent to defile in both Morgan Harrington and Hannah Graham cases. He received four consecutive life sentences with no possibility of parole.

Under the plea agreement, he gave up his right to appeal and would not be eligible for geriatric release. He is currently serving at Sussex I State Prison.