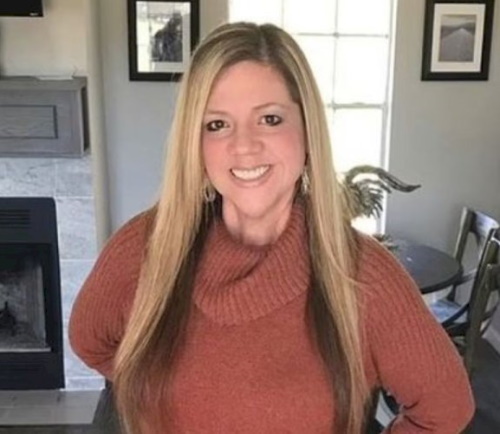 48-year-old Michelle Reynolds was last seen in New Orleans. Louisiana on September 23, 2022. She disappeared after leaving her car and walking away.

Michelle Reynolds was born on December 27, 1973, in Natchitoches, Louisiana.

In 1999, Reynolds moved to Orange, Texas, for a teaching job and met her future husband, Michael Reynolds. In 2002, the couple married and settled in Brazoria County where they raised their three children.

At the time of her disappearance, Michelle was living in Alvin, Texas with her husband and three children, ages 11, 13 and 18.

Michelle was on leave from her job at Fairview Middle School where she was employed as a 6th grade Reading and Language Arts teacher. Her husband, who is also a 6th grade teacher, worked at a different school in the Alvin County School District.

According to her family, Michelle had been struggling with mental health issues for the past seven years. She was undergoing outpatient treatment for about three weeks after a recent episode and was taking nightly medications.

On the morning of September 22, 2022, Michelle Reynolds visited a counselor and returned home around 9:00 am.

Around noon, Michelle told her daughter that she was gonna get something to eat and stop at the bank before heading out in her car, a 2018 gray Lexus NX 300.

Her husband filed a missing person’s report with the Brazoria County Sheriff’s Department when he couldn’t contact her.

On the evening of September 23, 2022, Michelle Reynolds’ vehicle last pinged to an area in New Orleans. Louisiana, about 350 miles away from her home, according to her car’s geotracking service.

At 12:01 p.m, Reynolds was captured on security footage parking her car on Saint Peters Street, an area close to the Mississippi River. She sat in her car for about twenty minutes before she got out and walked away.

Around 4:00 p.m, Michelle was seen walking south on Constance Street towards the Pontchartrain Expressway. This is the last confirmed sighting of her.

Authorities conducted a search in the area near the Mississippi River and its banks with the help of nonprofit organization Texas EquuSearch and a helicopter but found no signs of Michelle.

According to her family, Michelle didn’t have any friends or family in southern Louisiana where her car was found. Her phone, bank account, and social media have had no activity since she disappeared.

On November 1, 2022, it was announced that Michelle Reynolds had been found safe in New Orleans. Her family has been notified and are on their way to bring her back home.

UPDATE: MICHELLE REYNOLDS, missing since September 22nd, 2022, from Alvin, TX, has been located and is SAFE!! She was located in New Orleans. The family is on their way to bring her back home. #TheAWAREFoundation

Clothing and accessories:
Michelle was last seen wearing a dark colored jacket, black leggings and a pair of sandals.

If you have any information regarding the disappearance of Michelle Reynolds please contact the Brazoria County Sheriff’s Office at (281) 331-9000 or Texas EquuSearch at (281) 309-9500.