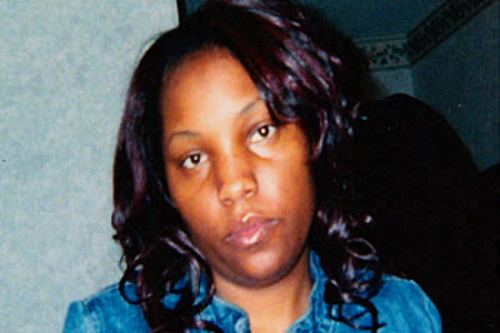 27 year old Michelle McMullen went missing on September 28, 2008. She disappeared after dropping off her six year old son, Jayden, at a friend’s house in Harrisburg, Pennsylvania.

On September 28, 2008, Michelle dropped her son off at a friend’s house in Harrisburg, Pennsylvania, and got back in her car to start the 17 hour drive back to Louisiana, where she was a student at Grambling State University.

She called her friend at 9:00 pm, told her son goodnight, and said that she would call again soon. She never called back, and no one heard from her again.

After not being able to contact her, her family began to worry and wonder if she had possibly gotten into an accident on the long drive back.

Before she disappeared, she and her parents had agreed that they would take care of her son at their home in Harrisburg, while she returned to Louisiana to finish her degree.

On October 8 2008, Michelle’s car was found on the side of the road off Maugan’s Avenue in Hagerstown Maryland. Investigators found her cell phone, credit cards, money and purse inside the car.

On October 9, 2008, the Susquehanna Township police announced McMullen was wanted on charges that she stole from the Progress Emmanuel Presbyterian Church. According to court documents, nearly $2,400 was discovered missing from the church after McMullen was fired for poor work performance in July.

In December of 2008, Harrisburg detectives received a tip that Michelle was working at a hotel in Martinsburg, West Virginia. She was spotted by a family friend, and fled before detectives arrived. She had been working at the hotel under the alias Monique Watson.

In January of 2011, a woman who had watched the Disappeared episode called in to report that Michelle was working as a hairdresser in Oakland, California under the alias Danielle Jones.

Police responded, and Michelle was handcuffed and fingerprinted. On January 27, 2011, after making a positive identification, she was taken back to Harrisburg, Pennsylvania.

Michelle McMullen was charged with fraud, theft, and forgery. She stated that the $2000 taken was a mistake, and that it was used for schooling. A judge ordered her to pay $6,000 in restitution, and in July of 2011 she was sentenced to time served and probation.

“I’m grateful that my parents never gave up on me,” she wrote in a statement for police. “I was not encouraged to leave Pennsylvania, I was not kidnapped or forced to stay somewhere that I didn’t want to be. The choices I made to leave were mine and mine alone.”