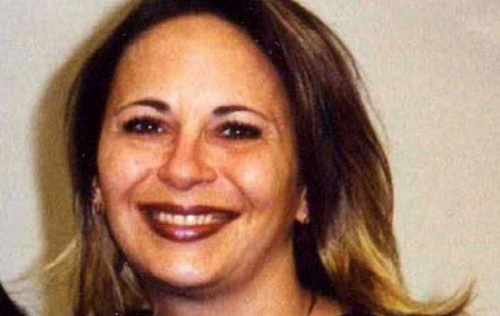 Michele Whitaker was last seen on August 16, 2002 at a truck stop in Spartanburg, South Carolina. She disappeared after getting dropped off at the truck stop by a friend, and hasn’t been seen or heard from since.

Michele “Shelli” Whitaker was last seen alive on August 16, 2002 in Spartanburg, South Carolina at a Truck Stops of America off I-85.

The friend who dropper her off at the truck stop was questioned by police, and after passing a polygraph he was ruled out as a suspect.

Michele had recently been arrested for a DUI, and had fought with her mother over it.

She disappeared after mistakenly being released from jail, instead of attending court ordered treatment for drug and alcohol abuse.

According to police, checks on her credit report and social security number showed no activity for years after her disappearance.

Investigators were suspicious that Whitaker may have been met with foul play at the truck stop, though they didn’t have any evidence to support that theory.

A month after Michele disappeared one of her co-workers, 21 year old Heather Sellers, went missing.

In September of 2002, 21 year old Sellers, who had worked with Michele Whitaker at the Waffle House was reported missing. Police immediately focused on her boyfriend Jonathan Vick, who they already suspect is responsible for the 1995 unsolved rape and murder of a local hairdresser named Dana Satterfield.

When police discovered the link between Vick and Whitaker her missing person’s case turned into a homicide investigation.

Investigators were unable to tie Vick to Whitaker or Sellers’ disappearance, but they were able to get a conviction in the Dana Satterfield case. In 2006 he was found guilty in the 1995 murder of Dana Satterfield, and remains a suspect in the other two cases.

On October 13, 2005 an anonymous letter arrived at the Spartanburg County Sheriff’s Office. The letter stated that Michele Whitaker had been murdered, and that her body was buried near a pond in Landrum, South Carolina. Police conducted a search using cadaver dogs, but were unable to find anything.

Michele’s case went cold, and it wasn’t until six years after her disappearance that a tip came in that changed everything.

In the summer of 2008 a woman was watching an episode of Forensic Files that featured the murder conviction of Jonathan Vick. The program showed a photo of Michele Whitaker, who police believed had been murdered by Vick.

The woman was shocked. That photo wasn’t of a woman who had been murdered by Vick, it was a photo of her neighbor. She called the police to let them know Whitaker was living in Oregon.

In August of 2008 Spartanburg County Sheriff Chuck Wright announced that Michele Whitaker had been found alive and well in Oregon. He did not release Whitaker’s current location or reason why she left the area out of concerns for her privacy. Wright said it didn’t appear Whitaker knew her disappearance had became the subject of a homicide investigation.

She had been living in that location for two years under the same name.

Michele Whitaker contacted her family a short time later, and attended her sister’s wedding. Michele told family members she disappeared because she wanted to start a new life.

A public records search shows that a woman with the same name, date of birth, and social security number was living in Victorville, California in 2006.