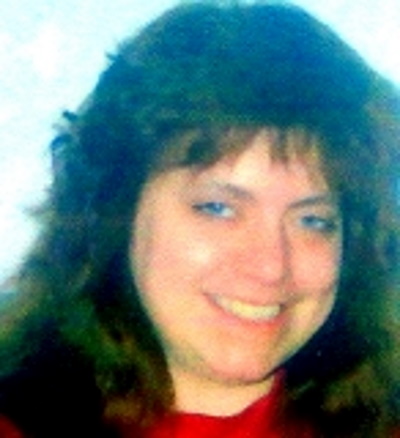 She dropped off her son at his grandfather’s house in Bismarck, saying she was going to run a few errands. Michele never returned, and hasn’t been heard from since.

At the time of her disappearance she lived in the 700 block of west Sweet Avenue in Bismark, and worked as a blackjack dealer for several local businesses.

The night before she disappeared she dealt blackjack at the Elbow Room.

Shortly after noon on August 2, 1994, Michele dropped off her 3 year old son at his grandfather’s house in Bismarck, North Dakota.

She said she was going to pick up her paycheck from the Fort Abraham Lincoln Foundation, then maybe play some bingo after, saying she’d be back to pick up her son in a few hours.

Michele never picked up her check, and never returned home.

Her son’s father and grandfather reported her missing that night when she failed to return.

On August 5, 1994, Michele was spotted by a friend at We-Fest, an outdoor country music festival in Detroit Lakes, Minnesota, allegedly in the company of a man named Tom who drove a black Chevrolet 4×4.

Police initially closed their missing persons case on Michele due to the sighting in Minnesota, but reopened it when she failed to contact her family.

Authorities do not believe she was ever at We-Fest.

The vehicle was turned over to Michele’s family without being processed since it was initially believed she had left it there. The inside of her vehicle appeared clean, with the exception of a half eaten sandwich from a gas station left on the front seat.

Police can’t say for certain, but they do not believe Michele’s car was at the Comfort Inn on August 2, stating it would have been found earlier if it had been there.

Michele’s father told authorities he found some scoria rock near the intake manifold of the vehicle, which could be significant since there is little scoria around Bismarck.

Foul play is suspected in Michele’s disappearance, and her location remains unknown. Police do not believe she left Bismarck voluntarily.

She was close with her family, and they don’t believe she would have abandoned them or her son. Her case remains unsolved.

Michele has a small tattoo of a heart with a drop of blood on her left shoulder. Her nickname is Shelly, and some of her accounts use the spelling “Michelle” for her first name.

She was last seen wearing a dark shirt and blue jeans.

If you have any information regarding the disappearance of Michele Julson please contact the Bismarck Police Department at (701) 223-1212 or the North Dakota Bureau of Criminal Investigation Tip Line at (800) 472-2185.