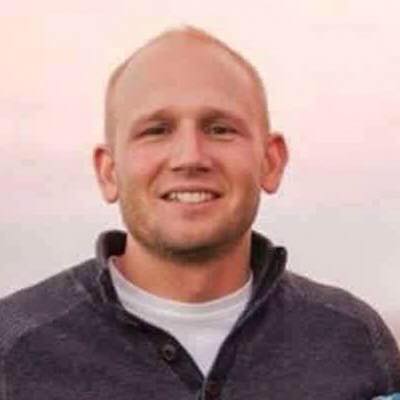 Prior to his disappearance, he spent the night out on the town with his friends before getting separated from the group and walking away on his own.

Michael VanZandt was born on January 17, 1980 in Pleasant Lake, Michigan. Raised by his mom, he has two brothers and one step brother. After graduating from Northwest high School in 1999, Michael enlisted in the Air Force. He met his future wife, a fellow Air Force member, in 2000 and married a year later.

After spending 12 years in the service, including two deployments in Iraq, Michael got a civilian contractor position. At the time of his disappearance, he worked at the Edwards Air Force Base and lived in an apartment in Lancaster, California.

He shared custody of the two sons and a daughter with his wife, with whom he was in a process of divorce when he went missing. His brother claimed Michael enjoyed swimming and scuba diving and has been known to swim at night, particularly after drinking.

On the evening of March 5, 2016, Michael met with some friends at The Underground, a bar in Hermosa beach, California. The group was recorded on video by one friend as watching an Ultimate Fighting Championship fight at the bar.

The group had previously booked a night at the Quality Inn, a hotel located in the 900 block of Aviation Boulevard.

Later in the evening, Michael and his friends went to the American Junkie Pub at 10:15 pm. In the waiting line, Michael’s friends said he needed to use the bathroom and left to a nearby liquor store next door.

Multiple surveillance cameras, inside and outside of the liquor store, recorded him going in and out. This is the last time his friends saw Michael.

Michael’s friends decided to leave for another venue, but failed to get a hold of him via his cellphone. Surveillance footage captured Michael coming back and looking for them in the queue before walking away. After several failed attempts to find his friends, Michael returned to the Roberts Liquor Store, but it is unclear at this time if he made any purchases.

At 11:27pm, Michael was last seen on a security camera walking northwest though a parking lot, towards the beach. He never returned to his room and has not been seen or heard from since.

On the morning of March 6, 2016, upon not seeing Michael return to the hotel, his friends called the jails and hospitals expecting him to be drunk. His vehicle was still parked in the same spot at the Quality Inn, and his belongings were found untouched

On March 7, after Michael failed to report for work at the Edwards Air Force Base, his colleagues and a friend, who was part of the group that night, reported him missing to the authorities.

A search was conducted by the police at the area where Michael was last seen, but the detection dog lost Michael’s scent near the Roberts Liquor Store. They found none of Mike’s belongings on the beach, and no one reported seeing him go into the water.

His cell phone activity stopped around 10:30 p.m of the night he disappeared, and his credit and debit cards have been inactive ever since.

Police found no evidence, means or motive for foul play in Michael’s disappearance. Possible drowning is suspected, as Michael was an avid swimmer and scuba driver. He was known to go on night time swims after drinking, however his body was never found or washed ashore in the Hermosa Beach area.

Michael has multiple tattoos: “Keaton” in descending letters on his left calf, a picture of a tiger on his upper left arm, and a picture of Buddah on his back.

If you have any information regarding the disappearance of Michael VanZandt please contact the Hermosa Beach Police Department (310) 318-0360 or call the WE HELP THE MISSING -TIP LINE (866) 660-4025.