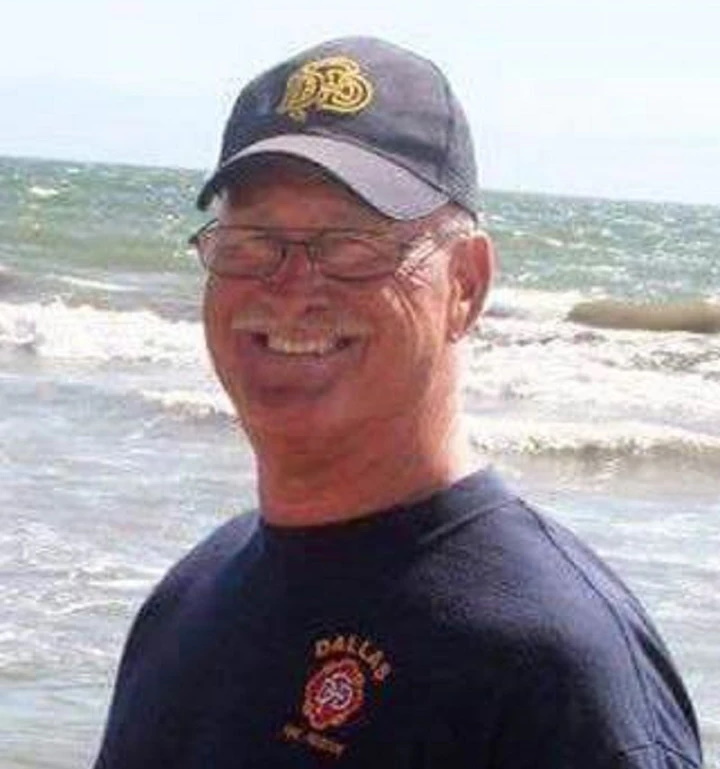 Chambers was captured by a security camera at the Quinlan Walmart store, located at 8801 State Highway 34 South. He can be seen entering the store, making a purchase, and then exiting the store. He hasn’t been seen or heard from since.

Michael Chambers was living in Quinlan, Texas at the time he disappeared. He married his second wife, Rebecca Chambers, in 1980. The couple adopted two boys, and he has two daughters from a previous marriage.

After 36 years of service as a firefighter, Chambers retired from Dallas Fire Rescue in 2008. He was in good health, and wasn’t known to have any medical or mental disabilities.

Chambers was a car enthusiast and a member of The Texas Most Wanted car restoration group. After his retirement, he could be found working on and restoring old classic cars in his workshop most of the day.

On March 10, 2017, Michael’s wife Rebecca reportedly spoke with him on the phone at approximately 8:00 am, requesting that Chambers purchase some mascara for her.

Later that day, a security camera at the Quinlan Walmart store captured Chambers entering the store, making a purchase, and then exiting the store at 11:15 am. The mascara was one of the items he bought, and he most likely returned home before noon.

Michael’s wife grew concerned after returning home from work at 6:15 pm and not finding him there. She texted her husband on the way home, but did not receive a response, and all of her calls were going straight to voicemail.

The house and his workshop were locked, and all the lights were off. Chambers’s keys and wallet were found in the workshop. The items purchased at the Walmart store were sitting on the restroom counter with the receipt in the bathroom trash.

On March 15, investigators and volunteers conducted an extensive search looking for Chambers on a five acre area northeast of Quinlan, but found no sign of him.

A further search conducted with the K-9 team picked up a scent in a heavily wooded area to the southwest of Chambers’s residence on Deer Lane and FM 2101, but the scent was later lost.

Surveillance footage from the Walmart store did not seem to indicate Chambers was in trouble or was followed.

A nearby neighbor who spent the day outside after 3:00 pm did not report seeing anything out of the ordinary from the Chambers property. Investigators believe whatever happened to Chambers occurred between noon and 3:30 p.m, after he came back home from shopping.

Blood trail at the workshop

When Michael was reported missing authorities found his truck and wallet at his residence, but his cellphone phone, driver license, and some cash was missing. They also found a small amount of blood in his workshop which left a trail leading to the door. The blood was later confirmed by DNA tests to be his.

Investigators initially believed Chambers might have become injured in his workshop and walked away looking for help. The theory that he had been taken against his will was also suspected, yet they found no sign of a struggle that indicated foul play.

A blood splatter expert was later brought into the scene. His examination found that the precise and circular bloodstains could have been staged. The bright color of the blood also hinted at the possible presence of an anticoagulant.

Friction between the family

On March 20, 2017, Michael’s wife cut off the family’s cell phone plan, removing their adopted son and suspending her husband’s service, claiming to be struggling financially.

On April 20, 2017, she filed for a Death Certificate through the court system to have Chambers declared dead. By doing so, she claimed that she could sell his truck and other possessions to pay for bills, including a fully restored red 65-69 Ford Mustang Chambers had given her as a gift.

Soon after his disappearance she sold the rest of his old car collection, moved out, and put their home up for sale. Michael Chambers was declared legally dead on May 26, 2017.

In June 2017, Chamber’s wife took a polygraph test, which she was previously unable to complete due to prescription medications she was taking. During the test authorities discovered she had multiple affairs during the marriage.

She claimed her husband knew about them but never confronted her. Authorities later brought in her alleged lover for questioning. He took a polygraph test, which he passed, and his alibi checked out.

One of Chambers’s adoptive sons, Justin, was also suspected in the course of the investigation. Justin was reportedly said to have recently fought with his father over a money issue. Investigators brought him in for questioning, and subjected him to a polygraph test. He passed the polygraph, and his alibi checked out.

On July 13, 2017, Chambers’s wife called police and requested a protective order against her adoptive son Justin, who allegedly questioned her in his father’s disappearance.

Investigators reported having traced Chamber’s cell phone signal to a two-mile bridge on Lake Tawakoni before switching off around 5:15 pm on the day he disappeared. They conducted a search around the lake where divers were sent to check underneath the bridge, but found no sign of Chambers’s body.

The case is sill ongoing, though investigators believes all signs point to suicide. Police suggested Chambers might have rode a bike out to the lake and threw it in before jumping himself.

Chambers’s relatives don’t believe the suicide theory as a likely explanation for his disappearance. The only bike Chambers owned was still at his residence in a state of disrepair, and the 17 mile ride from the house to the lake was deemed unlikely given how bad Michael’s knees had become.

In December 2022, a hiker discovered an old bike and what appeared to be human bones out in Rains County, not far from where Michael’s cell phone was last tracked on the day he disappeared.

The Hunt County Sheriff’s Office responded to the scene to investigate, and were assisted by the Texas Rangers. The remains were sent to the University of North Texas for Identification.

No evidence of foul play was found in Michael Chambers’ disappearance, nor any evidence that he is still alive. He was declared legally dead on May 26, 2017, by his wife Rebecca.

A $25,000 reward is being offered by the family to anyone who provides information leading to Chambers’ whereabouts. Authorities are investigating the case as a missing person under suspicious circumstances. 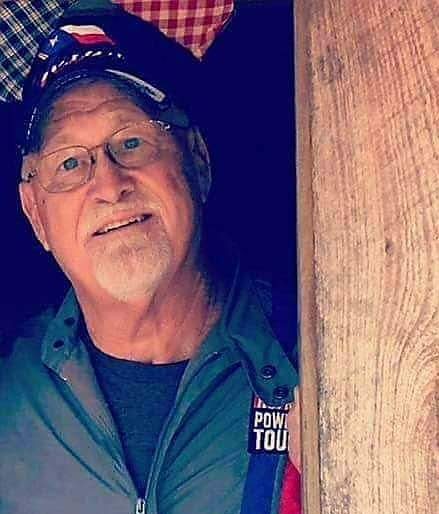 White male with blue eyes and gray balding hair. Chambers is 6’3 tall and weighs about 225 pounds. At the time of his disappearance Michael was 70 years old.

It isn’t known what he was wearing before going missing, he typically wears a Dallas Fire Rescue t-shirt and baseball hat.

Michael Chambers has a small scar on his upper lip from a prior auto accident. He also has surgical scars on his right knee and both shoulders.

If you have any information regarding the disappearance of Michael Chambers please contact the Hunt County Sheriff’s Office (903) 453-6800 or call the WE HELP THE MISSING TIP LINE at (866) 660-4025.