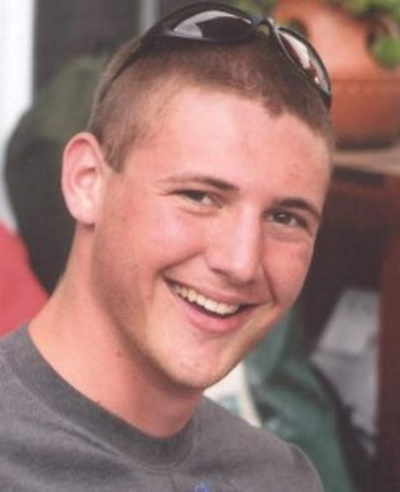 22 year old Michael Bradyn Fuksa was last seen in Olathe, Kansas on July 16, 2009. He disappeared after abandoning his car on the side of a Wyoming highway.

Michael Fuksa was born on May 19, 1987, in Olathe, Kansas, to parents Todd and Starla Fuska.

After graduating from Olathe East High School, Fuksa spent a year in a community college while living at his parents’ home. He dreamed of working as a game warden in Montana but never applied to the training program.

In the summer of 2009, Fuksa moved from his parents’ home in Olathe to live with a roommate in an apartment in Lawrence, Kansas. He was employed at Olathe Bass Pro Shop, where he worked in loss prevention.

While he returned some of the sum the next day, he was arrested and spent the night in the New Century Adult Detention Center in Gardner, Kansas. He was later released on bail and was due to appear in court on July 16, 2009.

On the evening of July 14, 2009, Fuksa spent the night with his girlfriend.

On July 15, 2009, Fuksa told his roommate that he was heading to Olathe to his parent’s house. He left the town driving his 1996 maroon Ford Explorer.

On the morning of July 16, 2009, Fuksa got a flat tire near Wheatland, Wyoming. He got it fixed by a repairman from an auto-repair shop nearby, and was captured by surveillance cameras at the service station. This is the last known sighting of Fuksa.

At noon his abandoned vehicle was found by a Wyoming Highway Patrol State Trooper along northbound Interstate 25 near mile marker 122 in the Wolf Creek area north of Wheatland, near Douglas, Wyoming.

Fuksa was nowhere to be seen, and has not been heard from since.

On July 19, 2009, Fuksa’s parents filed a missing persons report with the Olathe police when they were unable to make contact with him.

Police initially speculated that Fuksa ran away due to the arrest warrant on the felony theft charge, as he was due in court on July 16, 2009.

Inside Fuksa’s car police found the vehicle’s key beneath a floor mat and a laptop computer hidden under clothes. The Ford Explorer had three-quarters of a tank of gas left, no mechanical problems, and a newly installed tire.

Remains Found Near Wolf Creek in 2015

On May 3, 2015, skeletal remains were discovered by two hikers near the Wolf Creek area of Casper, Wyoming by two hikers. A backpack and a 9 mm Beretta were also recovered from the scene.

On May 8, 2015, the remains were positively identified as Michael Bradyn Fuksa, nearly 6 years after he was reported missing. Authorities connected the gun’s serial number to Fuksa, and his identity was confirmed through dental records.

The cause of death was ruled a suicide from a self-inflicted gunshot wound to the head.