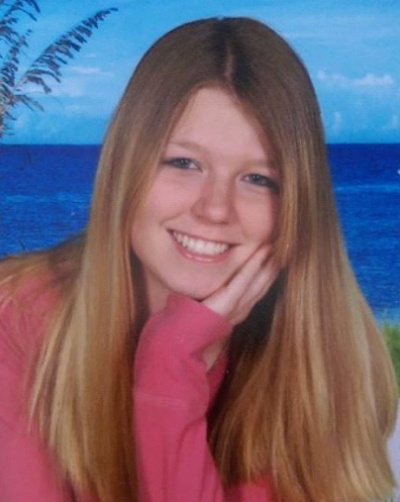 18 year old Marina Boelter was last seen in Bloomfield, Indiana on December 31, 2014. She disappeared on New Year’s Eve after leaving the IGA grocery store where she worked.

Boelter grew up with her father and brothers in Hamilton, Ohio until her eighth grade year, when she moved to Bloomfield, Indiana to be closer to her mother and grandfather.

Boelter had been in an on and off relationship with boyfriend, 22 year old Douglas “D.J.” Lockhart. They had a 9 month old son together who was placed into foster care.

At the time of her disappearance, Boelter had recently moved into her own apartment and was working at the IGA grocery store off South Highway 231. She had earned her GED and was accepted in college with plans to become a pastry chef.

On the evening of December 31, 2014, Boelter left her job around 6:00 pm. She worked at the IGA grocery store off Route 6 and Highway 231 South in Bloomfield, Indiana.

Boelter was reportedly seen walking across an old Sunoco gas station gravel parking lot north of the IGA, where she got into a vehicle with a man before driving off in the direction of her apartment.

Marina Boelter never returned home that night, and has never been heard from again.

On January 2, 2015, her co-workers at the IGA grocery store filed a missing persons report with the Bloomfield Police Department after she failed to show up for work.

Her former boyfriend, Douglas “D.J.” Lockhart, told police he last spoke to Boelter in the IGA parking lot when she finished her shift. He suggested she catch a ride with him to attend a party, but Boelter declined and got into the car of another man instead.

The man was described as a Caucasian male in his 40s or 50s with glasses. He drove a silver, beige, or gold colored Mercury Milan, manufactured between 2009 to 2011. It had multi-spoke rims, a spoiler, and a bluetooth or shark fin antenna on top.

Authorities later found the driver who knew Boelter from the grocery store where she worked. He told police he simply gave her a ride home and dropped her off at a closed down pizza joint across the street from her apartment because she wanted to conceal her home address.

The man then drove off alone and didn’t see her again. Authorities never publicly released his identity, and he was not charged in her disappearance. He had prior criminal convictions, including abduction and attempted rape.

At the time of her disappearance, Boelter had been seeing a married man who was considerably older than her. The man told police that they spoke on the phone shortly after she left the IGA grocery store.

The man said Boelter confirmed her plans to attend his house party later that evening, but she never showed up. The next day, he tried to call her at the IGA grocery store where she worked, but to no avail.

Lockhart reportedly confronted Bloomfield resident, Michael A. Rogers, over his prior relationship with Boelter. They engaged in a physical altercation inside his home when Lockhart was accidentally stabbed to death by the man.

No criminal charges were filed against Michael A. Rogers, who was ruled to have acted justifiably in self defense. Authorities found no evidence to suggest the two incidents were connected.

Police found no evidence, means or motive for foul play in Marina Pearl Boelter’s disappearance. Her son, who lived with a foster family in Indiana, has since been adopted.

The circumstances of Marina Pearl Boelter’s disappearance remain unclear and her case is currently classified as missing. Her case remains unsolved. 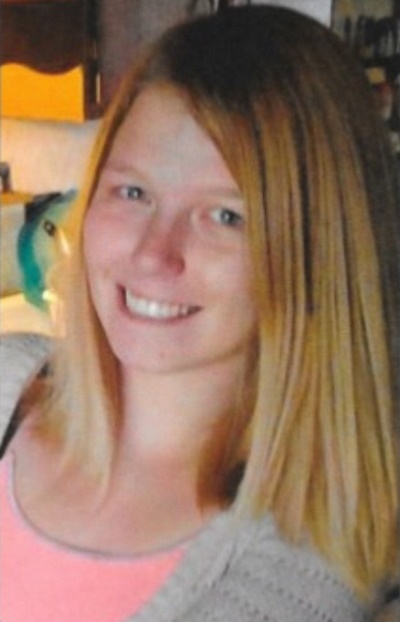 Distinctive Physical Features:
Marina has pierced ears. She has a scar from a lip piercing and has a tattoo on her foot of a star with butterfly wings.

Clothing and accessories:
Marina was last seen wearing a pair of jeans with rhinestone details on the back pockets, a purple plaid peacoat, and pink and white Nike sneakers with a purple swoosh outlined in black.

She carried a purse with a picture of the Philadelphia LOVE statue written on the side and frequently wore a cross necklace.

If you have any information regarding the disappearance of Marina Pearl Boelter please contact the Bloomfield Police Department (812) 332-4411, the Indiana State Police (812) 332-4411, or contact your local FBI office.