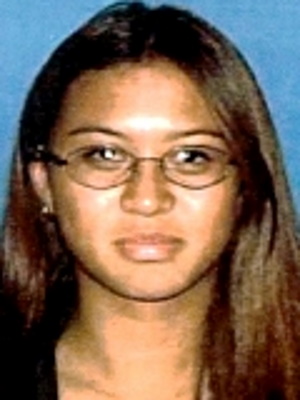 16 year old Margarette Ann Cuauhtli was last seen at her home in Arlington, Texas on the morning of October 11, 2001.

On the morning of October 11, 2001, Margarette was at her family’s residence, located in the 7600 block of Port Phillip Drive, near the southeast campus of Tarrant County Community College.

In the runaway report filed on October 12, Gabriel told investigators that his daughter had voluntarily run off with her boyfriend the previous morning.

Margarette’s father Gabriel claimed that she was abducted by the Mexican Mafia, and sold into prostitution. He said men with shaved heads showed up at their home demanding ransom money for her release.

He also claimed that he received several emails from Margarette after she disappeared, dated between October of 2001 and February 2002. The emails were sent to some of her friends and family, claiming she was being held against her will in Mexico and forced into prostitution.

A photo of Margarette and another girl in front of a church in Mexico was attached to one of her emails. The image was analyzed by officials and determined to be fraudulent, and the emails were traced back to Gabriel’s office computer at Chase Bank on East Border Street where he worked as a fraud investigator.

Police believe he wrote the emails and fabricated evidence in an attempt to lead the investigation in other directions.

He was arrested on suspicion of abducting his daughter in April 2002. When he was arrested he told police Margarette had been abducted by her boyfriend, who then turned her over to the Mexican Mafia.

In 2004, he was convicted on unrelated embezzlement charges, and pleaded guilty to theft and tampering with evidence. As part of his plea agreement the kidnapping charge was dropped.

Margarette’s uncle gave authorities a videotaped statement by his niece that was recorded in 2001, which included allegations of abuse against her father. Gabriel claimed that she was lying, and maintains his innocence in her disappearance.

In 2006 police searched the family’s former residence, including under a patio that had been installed a few days after her disappearance, but no trace of Margarette was found.

Gabriel Emilio Cuauhtli is currently serving a 20 year sentence for embezzlement charges unrelated to her disappearance.

The circumstances regarding Margarette’s disappearance remain unclear, and her case was changed from endangered runaway to endangered missing by the end of October 2001. Her case remains unsolved.

Margarette has a scar on her right leg and may wear glasses or blue colored contacts. Her nickname is Ann.

If you have any information regarding the disappearance of Margarette Ann Cuauhtli please contact the Arlington Police Department at (817) 459-5667 or the National Center For Missing & Exploited Children at 1-800-THE-LOST (1-800-843-5678).