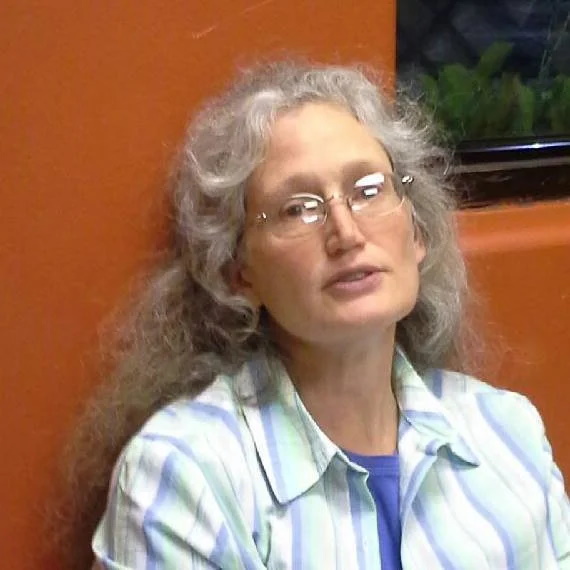 She disappeared in the middle of the night of July 8, 2014, from the rural farmstead near Route DD and Dry Fork Road where she and her husband lived.

Born Lynn Marie Hoog on June 4, 1962, Lynn Messer met her future husband, Kerry Messer when they were teenagers. She dropped out of high school at 16 so the pair could marry, and they had two sons, Aaron and Abram.

The couple lived in a farmhouse near Route DD and Dry Fork Road in Bloomsdale, Missouri. Lynn was teaching at their church’s Vacation Bible School at the time of her disappearance.

Her husband, Kerry Messer, founded the Missouri Family Network and works as a lobbyist at the Missouri state capital on behalf of conservative organizations, including the Missouri Baptist Convention.

On the evening of July 7, 2014, Lynn Messer was seen at home making material crafts in preparation for a Vacation Bible School class at First Baptist Church of Festus-Crystal City. She spent the night on her cell phone and on social media, but after midnight Lynn was never seen or heard from again.

In the early hours of July 8, 2014, Kerry Messer grew concerned after waking up during a thunderstorm at 4:00 am to discover his wife missing from the bed.

He went out and looked for her on their property and farm, but Lynn was nowhere to be found. Her personal belongings, including her ID, passport, wallet, cell phone, car keys, were all left in the house. Her walking boot that she used to help protect her broken toe was also left behind.

At 9:00 am Kerry Messer and his sons reported her missing to the Ste. Genevieve County Sheriff’s Office after they were unable to locate her.

Upon learning of Lynn Messer’s disappearance, a meticulous search of the farmhouse was done by the sheriff’s office at 10:00 am. Local search teams, rescue dogs, highway patrol, and the FBI also joined in to locate her.

Authorities believed Lynn walked away from the property after midnight. Search dogs picked up a scent trail leading away from the farmhouse, but authorities could not distinguish if it was fresh.

No immediate evidence of foul play or a struggle were discovered on the scene, leading police to believe that she hadn’t been abducted. Lynn had no history of dementia or depression, but was taking pain medication for her injured toe at the time she went missing.

Two years after Lynn Messer’s disappearance, her husband revealed to authorities that she had left a note. The note’s contents have never been released publicly, but it wasn’t classified as a suicide note by authorities.

The note, confirmed to be handwritten by Lynn, began with an apology to her husband revealing “conflicts” she was going through. Kerry Messer didn’t initially believe the note to have any suicide intent, but later changed his mind.

According to Kerry Messer, a sudden change in his wife’s medication may have caused an adverse mental reaction. Lynn had been suffering from a decade long pain in her hips, and had undergone surgery. As the pain kept worsening, her doctor prescribed new pills that may have put Lynn in a “confused state.”

According to Abram Messer, Lynn Messer’s son, his mother once spoke of a past suicide attempt. When pressed about it, she claimed “she went out to the barn to kill herself but shot the cats instead”.

Bones remains discovered at the farm

On November 1, 2016, skeletal remains were discovered in a wooded area on the Messer family property.

One of Lynn’s sons, who was out scouting a deer hunting spot, discovered the remains about a mile from the family’s 250 acre farm. The area was in the same direction of the scent picked up by search dogs of that first morning in July 2014.

Shortly afterwards, the remains were positively identified as Lynn Messer by an anthropologist with the St. Louis Medical Examiner’s Office using dental records. Extensive testing on the remains, and toxicology on her hair samples came up inconclusive as to a cause of death.

The medical examiner determined that Lynn’s remains were in the same spot for the two year time period, from the time she disappeared until the time she was discovered.

Friction between the family

Eight weeks after his wife’s disappearance, Kerry Messer started a new relationship with a family friend named Spring Thomas. He later described his new relationship as an emotional and helping bond developed through the grieving process.

The two sons grew suspicious over their father’s refusal to show the note Lynn left to them, and his contradictory account of the events. Kerry Messer later fired both from the Missouri Family Network where the family worked together.

In the aftermath of his wife’s remains being discovered, Kerry Messer was said to be no longer cooperating with authorities. He stopped updating the Find Lynn Messer Facebook page he used to update everyday, and shut himself away at his house with his new lover.

No evidence of foul play in Lynn Messer’s disappearance was found, and the exact cause of death is still considered unknown.

The body was released to the family in March 2017, and Lynn was laid to rest in a private ceremony in Greene County, Arkansas, in June.

The investigation is still ongoing. Her case remains unsolved.

Caucasian female, with graying blond hair and green eyes. She is 5’2” tall, and weighs approximately 150 pounds.