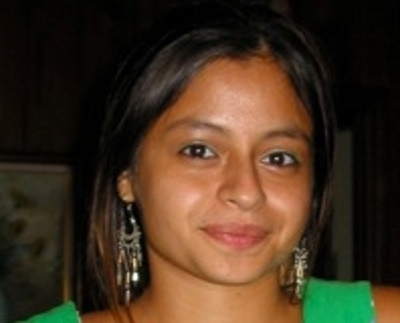 23 year old Lucely Aramburo, aka Lily Aramburo, was last seen in Dania Beach, Florida on June 1, 2007. She disappeared after leaving her boyfriend’s condo following an argument, wearing only a nightgown and no shoes.

Lucely Aramburo was born on November 16, 1983, in San Francisco, California to mother Lucely Zaldivar. The family moved to Miami, Florida when she was a baby. Soon after, her parents divorced and she has not had contact with her father since then.

She starred in several seasons of the Sabado Gigante Show, a Spanish-language weekly variety show, broadcasted throughout the Americas.

In the summer of 1997, they moved to Hollywood, Florida. Aramburo attended Hollywood Hills High School, but soon fell into drug abuse during her freshman year. Within a few years, she became addicted to heroin.

Aramburo was diagnosed with depression by her school psychologist, reportedly due to a chemical imbalance. When she turned sixteen, she dropped out of Hollywood Hills High School and began experimenting with ecstasy, ketamine, and other designer drugs.

In 2003, Aramburo met David Lamaso. They soon began dating and moved together. For months, she stopped communication with her mother and became more and more dependent on drugs.

By January 2006, Aramburo became pregnant by Lamaso and tried to get clean. She stopped using drugs, took Buddhism courses, and obtained her GED. In September 2006, she gave birth to her son, Palden.

When Aramburo and Lamaso broke up in late 2006, she started dating Pacheco. In January 2007, she moved into his first floor condominium in the 7600 block of southwest 82nd Street in East Kendall, Miami-Dade County, Florida.

While the couple got an application for a marriage license and discussed relocating to Arizona, they often argued and cops were called to their residence multiple times.

In April 2007, Aramburo was admitted into a drug treatment program at Saint Luke’s Addiction Recovery Center in Liberty City, in order to keep her son. When she failed a court-ordered drug test in May 2009, Aramburo was kicked out and subsequently returned to Pacheco’s condo.

At the time of her disappearance, Aramburo was suffering from schizophrenia and depression. She was taking the antidepressant medication Celexa to control her conditions.

On the evening of June 1, 2007, Aramburo and Pacheco spent the night with two other friends, smoking crack cocaine together. The group later went to Pacheco’s apartment.

On June 2, 2007, Aramburo had an argument with boyfriend, Christen Pacheco, allegedly due to one of their female friends sleeping in the bedroom. When he briefly went into the bedroom to talk to the friend, Aramburo walked out of their apartment at 2:00 am.

Aramburo never returned home and has not been heard from since.

According to her boyfriend, Aramburo was last seen wearing a nightgown, no shoes, and carrying two bungee cords. She left behind her purse and cellular phone in the apartment.

Her boyfriend filed a missing persons report to the Miami-Dade Police Department when she did not return after 24 hours.

Aramburo had no car at the time of her disappearance and often traveled by public transportation.

Her boyfriend told police that he went to sleep, woke up around 10 am and discovered she hadn’t returned. He spent the morning searching the neighborhood before reporting her missing to police.

Authorities did not initially classify her disappearance as a missing person. She was a grown adult and had a history of running away from home.

In December 2010, Lucely Aramburo’s case was reopened and transferred from missing persons to homicide.

Throughout the years, investigators have pursued multiple leads in the Miami area, but none have led to Lucely Aramburo.

Foul play is suspected in Lucely Aramburo’s disappearance and authorities believe she might have been killed.

The circumstances of Lucely Aramburo’s disappearance remain unclear and her case is currently classified as homicide. Her case remains unsolved. 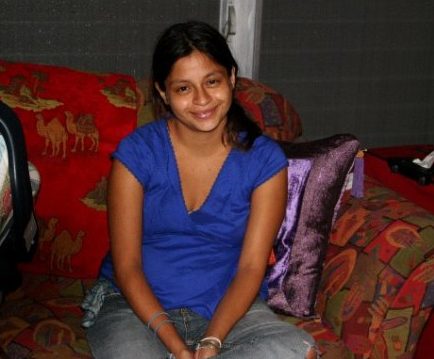 Clothing and accessories:
She was last seen wearing a long nightgown and no shoes. She left her purse and cell phone behind.

Distinctive Physical Features:
Lucely has pierced ears, a scar on her left hand, a scar below her left knee and a Cesarean section scar on her lower abdomen. She has freckles on her shoulders and face.

She has two distinctive tattoos of musical notes on her back. She has previously broken her right wrist and her back. 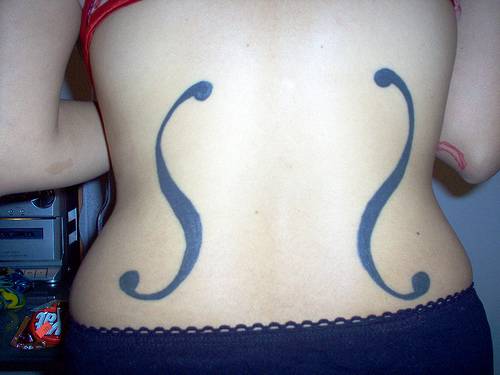 If you have any information regarding the disappearance of Lucely Aramburo please contact the Miami-Dade Police Department (305) 418-7200.